Bay College coaches making the most of difficult times 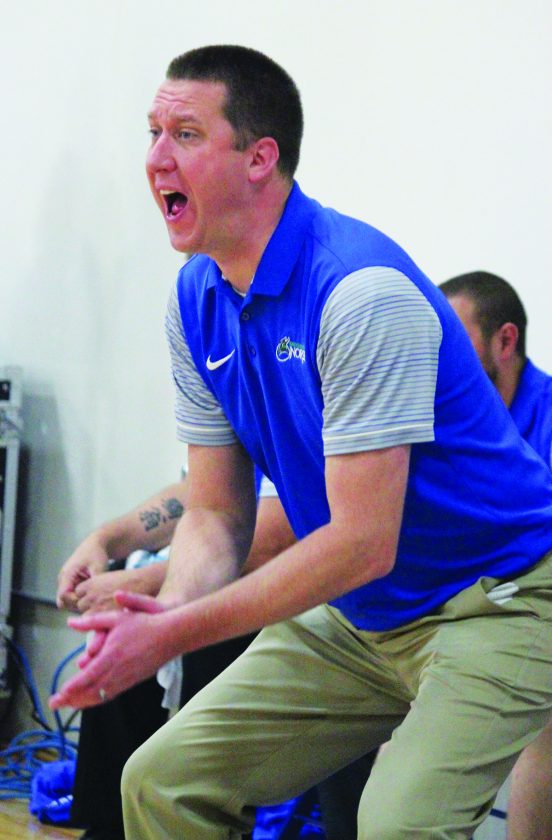 Dennis Grall photo Bay College men’s basketball coach Matt Johnson yells out instructions during an exhibition game played at Bay College in 2018. Johnson and the rest of Bay’s coaches are faced with many new recruiting challenges due to the coronavirus pandemic.

ESCANABA — The art of recruiting is a special one.

Getting student-athletes to buy into your school, your culture, your way of doing things, your coaching staff and what else you have to offer can be a tough sales pitch for 17- and 18-year-olds who are being asked to trust you with their future.

Now imagine you can’t visit with them and their families, sit down and have a face-to-face conversation, have them come to campus or even watch them work out.

That’s exactly what college coaches all across the country are dealing with right now due to the coronavirus pandemic. Different tactics have to be used to recruit, which makes things tougher on everyone involved.

“It’s been different, there’s no question about that,” Bay Athletic Director and men’s basketball coach Matt Johnson said. “I’m still trying to wrap my head around all of it to be completely honest. It’s had such an affect on everything that we do, and I’m not talking about just us in the athletic world, I’m talking about us overall. The high school student-athletes’ lives have been flipped upside down, their parents’ lives have been flipped upside down, and some of them are going through financial troubles that they have never experienced or thought they would be going through. It completely changes every dynamic that could possibly be changed. It’s absolutely different.”

The coaches at Bay College, however, are determined to push through this time and are using every tool in their toolbox to continue to recruit at a high level.

“The whole world has turned to an online format right now,” Johnson said. “Our classes are being taught there, our campus tours are being given that way, some virtual meetings with folks in financial aid have been done there.

“I’ve used Skype and some of those online phone formats much more than I ever have just in the last week or so. Everything’s been a transition to that online format, so text messages, emails, teleconferencing, Skype stuff and virtual tours are kind of the world we’re living in right now. It’s the best we can do in an unfortunate circumstance, but it’s far from ideal. With a campus tour, you want the student to feel the energy and see the smiling faces and meet people as they’re walking through the halls, and you don’t get that with a virtual tour. But at the same time, these recruits are smart enough to realize that we’re in a different time as well, and we’re all doing the best we possibly can.”

So far, those tactics have worked.

“I’ve been pleasantly surprised with the reception and just how things are playing out, in particular to the men’s basketball program,” Johnson said Tuesday. “I’ve received three commitments in the last four days… If you would have told me that a week ago, I would have told you that you’re nuts. I would have never believed that was going to happen, but it has.

“As far as overall numbers at this point, it hasn’t been detrimental to the men’s basketball team, and I don’t think it will. I think we’ll end up with the same roster size, or maybe even a little bit larger than we’ve had in the past, but we’re still in uncharted territory at this point. We still really don’t know what we’re doing and we really don’t know how it’s going to all end up.”

The problem is nobody knows when this pandemic is going to end or how things are going to end up. Difficult times call for difficult solutions, but it hasn’t stopped Bay’s athletic programs.

“We’re making the best of a really crumby situation and all of our coaches are doing an incredible job,” Johnson said. “I know our softball program got a commitment the other day, so I have a letter-of-intent I need to send out. Coach (Matt) Gregory is doing an awesome job on the women’s basketball side, and coach (Mike) Pankow’s numbers on the baseball side look like they’re going to be better than we’ve ever had. Coach (Jim) Murtha has been able to get a lot of his information for cross country out to a lot more people and make a lot more contacts, so we’re optimistic that the numbers in cross country are going to be much better than they were this past year as well.”

Johnson’s biggest concern is the health of his players. Not just his current ones, but also his recruits.

“My biggest concern right now is the health and well-being of our current players, and the health and well-being of our prospects,” he said. “I’ve got five or six prospects on my board that are in the Detroit area, and you look at some of the counties in Detroit and how hard they’re being hit and devastated by this right now, and it’s incredibly scary. Thankfully, I’m able to keep in touch with those guys on a daily basis, and as of now, none of them have been directly affected by it. But it’s still a scary time.”

One of the positives to facing adversity is the ability to grow through it and come out stronger on the other side. With his life already revolved around athletics, this is something Johnson knows and is taught in sports all the time as it is.

“It’s not the adversity that shows anything about who we are, but it’s how we react to it and how we respond to it,” he said. “The good thing is that every other program across the country is facing the same challenges that we are, so it evens out the playing field a little bit for sure, but it’s just different. It’s a unique situation that we’re in right now, and it’s a crazy world that we’re living in in this moment. We know it will all pass, it’s just a matter of time. Hopefully, that happens sooner rather than later.

“All and all, across the board, I think we’re going to be fine. I think everything’s going to work out. It’s just a different method to make it all happen, that’s for sure.” 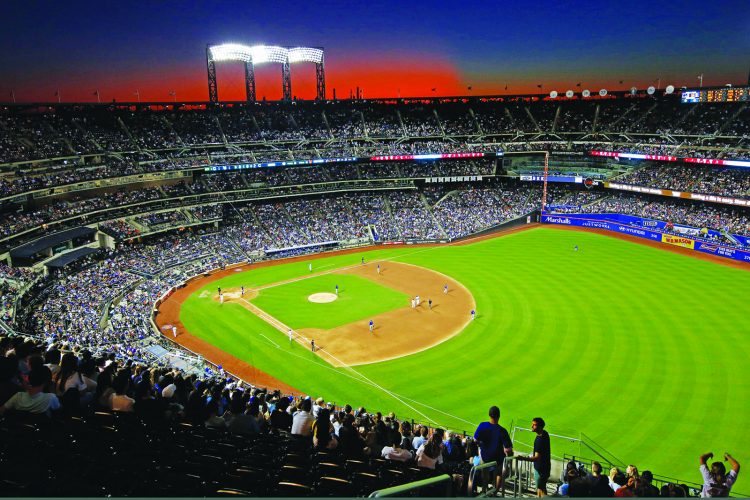 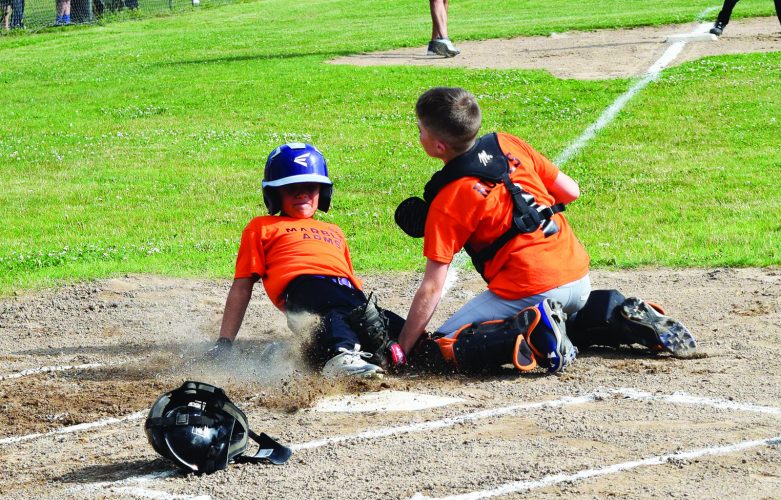