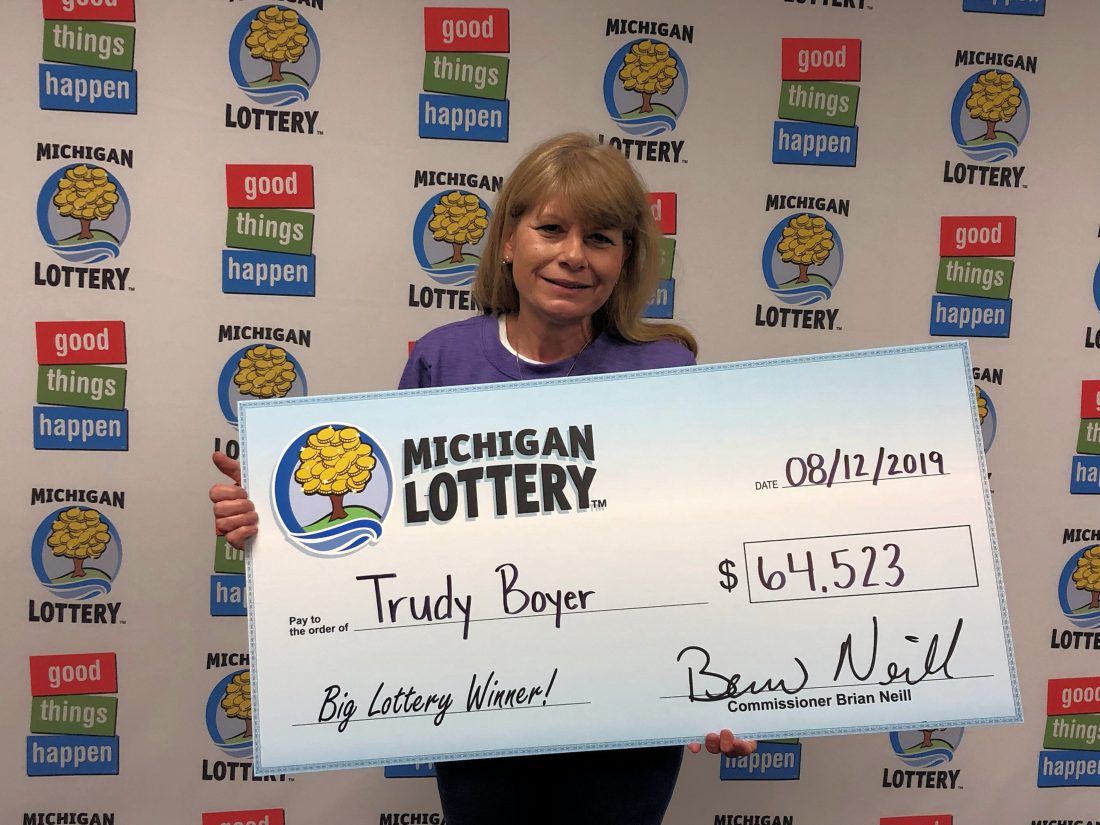 RAPID RIVER — A Rapid River woman is looking forward to a vacation after winning $64,523 playing the Michigan Lottery’s Club Keno The Jack game.

“I was working when I bought the ticket,” said the 57-year-old Boyer. “The next time I looked up at the screen, I saw The Jack had reset and I just had a feeling I was the winner. As soon as I scanned my ticket, the shock set in.”

Boyer visited Lottery headquarters Monday to claim the prize. With her winnings, she plans to take her family on vacation.

The Jack is a Club Keno add-on game that players may add to their Club Keno wager for as little as $1 per draw. With The Jack, players get eight easy pick numbers to match to the Club Keno numbers drawn. Players may win prizes ranging from $1 to the jackpot. The jackpot starts at $10,000 and grows until it is won. To win the jackpot, players must match all eight numbers.

Club Keno may be played at the 10,500 Lottery retailers across the state. Drawings take place every three and a half minutes. Results and live drawings may be found online at http://www.michiganlottery.com.

ESCANABA — To protect patients, family members and staff during this time of increased seasonal flu activity and ...

MARQUETTE — The Fred Wara Chapter of Trout Unlimited, in conjunction with the Northern Michigan University ...