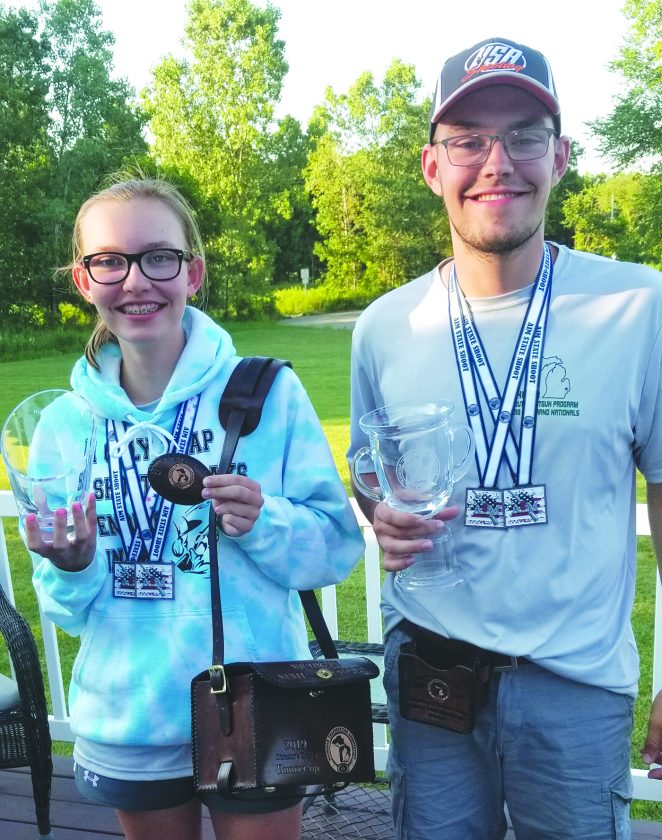 Jillian and Justin Cobb of Escanaba both competed in the Michigan State Trap Shooting Championship in July in Mason, Mich. Jillian, a sophomore at Escanaba High School, won the Sub-Junior High Lady champion, an honor that she had also won last year. She also took doubles champion and and was fifth place in handicap. Justin, a sophomore at Bay College, won the Junior Gold singles champion, doubles champion, third place for handicap and topped off the weekend by winning the High Overall Junior Gold champion. The pair took home 15 awards for the weekends events.