Should your student loans and your spouse’s get hitched? 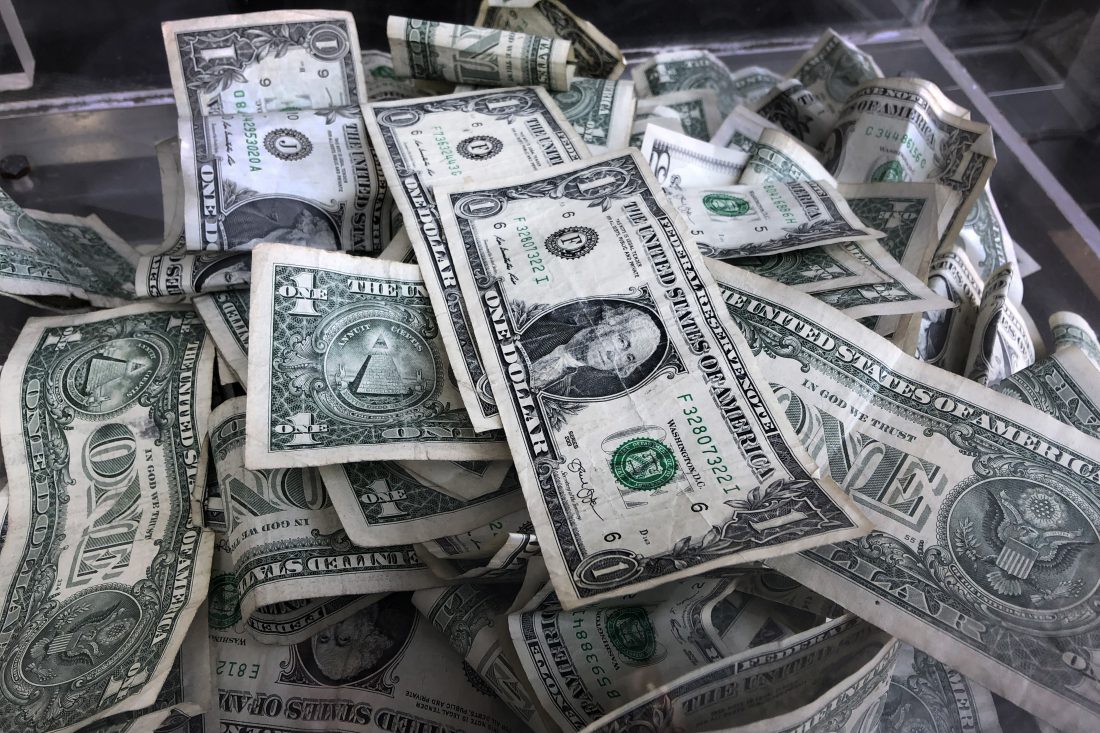 In this April 3, 2019, file photo a tip box is filled with U.S. currency in New York. Refinancing can pay off your existing student loans, replacing them with a new loan with new terms and a single payment. Some private refinance lenders allow you to consolidate your loans with your spouse’s or co-sign a loan for him or her. This may benefit you if you wouldn’t qualify for refinancing on your own. But combining or co-signing loans puts you on the hook for the entire debt. (AP Photo/Mark Lennihan, File)

Multiple studies have shown that student debt can cause borrowers to delay getting married. For some borrowers, though, marriage could actually be a gateway to paying less.

You can save money by refinancing student loans, but not everyone qualifies. If your better half has a better financial profile, you can share the benefits of refinancing in two ways:

— REFINANCE ­TOGETHER. You combine your student loans with your partner’s into one spousal loan with a lower interest rate.

— CO-SIGN FOR YOU. Your spouse co-signs a loan refinancing your debt, getting you a lower rate on the back of his or her finances.

If you’re considering getting hitched to your partner’s loans, here’s how to decide if you should.

Refinancing makes the most sense to save money on higher-interest private and graduate school loans.

Typically, you’ll need robust finances and a good credit score to qualify and get the best rate.

Spouses may “increase (their) chances at getting a better rate together,” says Andrew Zoeller, digital program director for Purefy, which refinances loans for Pentagon Federal Credit Union, or PenFed.

For joint spousal loans and loans that spouses co-sign, PenFed evaluates the couple based on their combined income and counts shared debts, like mortgages, only once. This allows more individuals — such as stay-at-home parents with good credit — to meet PenFed’s lending criteria.

Other lenders may evaluate spouses separately. Ask a lender about its policy before applying.

In 2019, 67% of co-signed PenFed student loan refinances were spousal loans, according to Zoeller.

“It’s something our program is known for,” he says.

If you co-sign a refinancing loan or combine debts with your spouse, you’re equally responsible for repaying the balance — even after a divorce.

“There is no exit ramp,” says Joshua R.I. Cohen, a lawyer in West Dover, Vermont, who operates TheStudentLoanLawyer.com.

For example, Cohen says a divorce decree could outline who’s responsible for repayment, but both names remain legally on the debt. That means if one spouse doesn’t pay, the other still suffers the consequences of missed payments, like damaged credit and collection calls.

Divorcees could refinance the loan or portions of it into their individual names to get around this, but only by meeting a lender’s income and credit qualifications on their own.

Still have cold feet about refinancing with your spouse? These steps may help protect you:

— GET EXTRA LIFE ­INSURANCE. Cover yourself if your partner dies and you have to pay a hefty spousal loan on your own. You may owe the balance on a co-signed loan as well, depending on a lender’s policies.

— KNOW WHAT YOU’RE GIVING UP. Once you refinance loans, you can’t get your original loans back. If you want or need federal loan benefits, like alternate repayment plans and forgiveness programs, don’t refinance them.

Cohen also says to make sure the savings are worth it.

“I would rather pay 2% more in interest and know I’m not tied to this idiot for the rest of my life,” he says.

Kathy Snell, 55, of Eugene, Oregon, would love to undo her spousal loan. But it has nothing to do with her marriage.

“We’ve managed even through all the financial stuff to stay happily married,” Snell says.

Snell and her husband combined their loans via a federal program that ended in 2006. Their loan isn’t eligible for Public Service Loan Forgiveness, which forgives the federal loans of borrowers working for qualifying employers — like the University of Oregon, where Snell is an attending veterinarian.

Other federal borrowers can consolidate existing loans to eventually qualify for this program. But federal spousal loans can’t be reconsolidated. Legislation to let spouses unbundle these loans is part of the College Affordability Act, which is under consideration by Congress.

While Snell’s circumstances don’t apply to private loans, she still cautions couples about the flexibility they lose by combining loans.

“Knowing now what I know, I would recommend against it,” Snell says. “Keep those student loans in your individual pot.”

This article was provided to The Associated Press by the personal finance website NerdWallet. Ryan Lane is a writer at NerdWallet. Email: rlane@nerdwallet.com. Twitter: @ryanhlane.