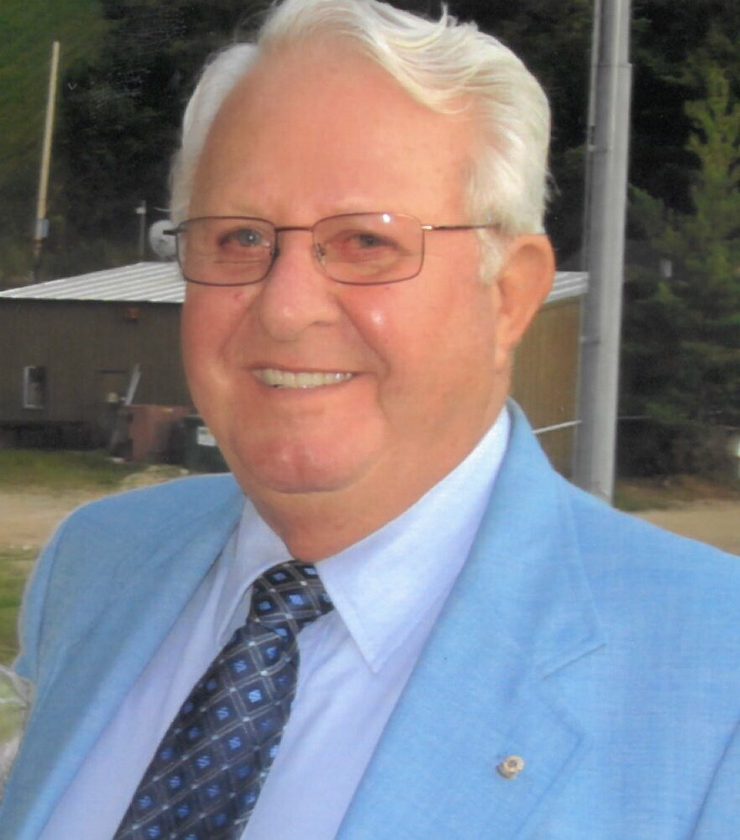 Loyst was born on July 9, 1932, in Munising, Mich., the son of Charles E. and Greta R. (Masters) Trombley. He was raised in Munising (Cox addition) and attended the Washington and Mather High School. Upon graduation, Loyst entered the U.S. Army and was stationed in Augsburg, Germany, for 28 months. While there, he was a member of the Division Honor Guard, sang with the Division Choir, was a liaison chief and supply sergeant. Upon his discharge in 1956, he went to work for Kimberly Clark.

He attended Northern Michigan University and went into sales. He worked for Prudential Insurance Company as an agent and sales manager for nearly 25 years. Loyst and his wife, Nancy, purchased the Pine Haven Rest Home and ran it together for 18 years, selling it in 1992.

While he was with Prudential, they lived in Marquette, Mich., Watertown, Wis., and finally settled in Rapid River, Mich., in 1967 where they raised their three children, Tarri, Greg and Trudy.

While in Rapid River, Loyst was an active member of the community. He brought in Little League to Rapid River and coached that, along with Senior League and Legion Baseball. He served five years on the school board (four as president), was a member of the American Legion Post 301, former member of Gladstone Yacht Club, Gladstone Golf Club and the Irish Oaks Golf Club.

He was a charter member of the Rapid River Lions Club where he served as past president and all other officer positions, as well as the board of directors for 14 years. During his time, he was instrumental in securing the Masonville Township Park property. He was elected district governor of Lions 10B and was a council chairman. He received the 100% District Governor’s Award, the International Presidents Award with two Wings and was the first Lion in the Upper Peninsula to receive the Melvin Jones Award.

Loyst was also vice president of the Lions of Michigan Service Foundation when it chartered and also served as president. While chairing the grant committee, he secured several grants for Bay Cliff Health Camp. He served on the International Convention Committee, which he chaired for 15 years. He attended 17 conventions worldwide. He was the recipient of the Ralph M. Sheehan Award and was inducted to the Michigan Lions Hall of Fame in 2011.

Loyst enjoyed golfing, playing cards and was an avid Detroit Lions, Tigers and Pistons fan, attending many games with his son, Greg and friends. Loyst hunted and owned property at Camp 26, where he spent lots of time with family and friends. He later built a cottage on Dana Lake that became his seasonal home. Family dinners at Dana Lake made him smile from ear to ear. He and Patty spent their winter months in Mississippi and Florida.

In 2017, he was thrilled to be a part of the U.P. Honor flight, an experience he was happy to share with his daughter, Trudy. At age 86, Loyst went to work at Sage Run Golf Course for two years and very much enjoyed it. He lived an extremely active life, still golfing and having family dinners just a month before his passing. He and Patty were a busy couple who spent a lot of time with friends and family.

For visitation information, please contact Loyst’s family. Friends and guests are invited to join the family for Mass of Christian Burial honoring Loyst, which is scheduled for Tuesday, June 9, at 6:30 p.m. at the All Saints Catholic Church in Gladstone with Rev. Fr. Jamie Ziminski officiating. Luncheon will follow at his granddaughter Brooke’s home in Rapid River. Loyst will be laid to rest in the Maple Grove Cemetery in Munising on Monday, June 15, where military rites will be presented. The Skradski Family Funeral Homes of Delta County are assisting the Trombley family. To leave a message of condolence directed to the family, please visit www.skradskifuneralhomes.com.