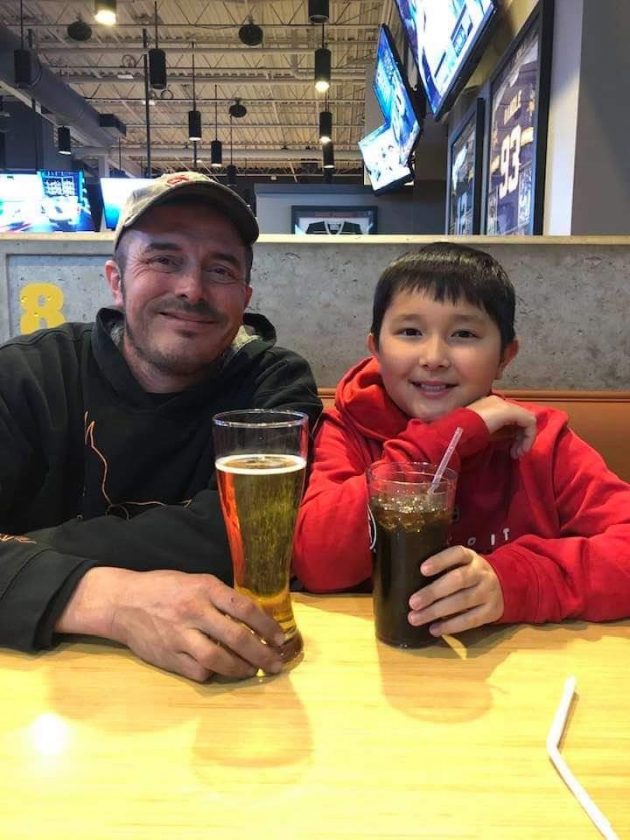 GLADSTONE, Mich. — Joseph James “Joe” Rajala passed away May 15, 2020, at Regions Hospital in St Paul, Minn., after a brief battle with cancer.

Joe was born Aug. 11, 1977, in Escanaba, Mich., to the late John and Patricia (Micheau) Rajala. He was raised in Rapid River, Mich., before moving with his parents to Newburg, Wis., in 1989. Joe was a 1995 graduate of West Bend West High School. Upon graduation, Joe went to work for UPS in the West Bend area and began a career in logistics. He eventually moved to Wausau, then the Minneapolis/St Paul area. He began working for Fed Ex Ground in 2000, where he was employed until the time of his passing.

Joe will be remembered as a dedicated employee who worked countless hours to deliver items to both random people and those he would eventually call friends. He also carried forward many high school friendships through another passion, hunting at “Camp Morningwood”. Joe enjoyed countless hours fishing in a boat as well as on the ice during winter months. A hobby taught to him by his loving Dad, John.

Joe had many passions in life, including hunting, fishing and his many friendships. He was proud to be a Hudson, Wis., resident and had wonderful supportive neighbors. He was an avid Green Bay Packers fan but his biggest passion was his son Aaron. Joe took great pride in raising Aaron and continually boasted about Aaron to family and friends. They spent countless hours at camp, fishing, throwing the ball around the yard or hanging out with their beloved dog Jordy.

Joe was preceded in death by his parents and grandparents and will be laid to rest next to them in Fernwood cemetery in Gladstone, Mich. A graveside service will be announced at a later date.

The Skradski Family Funeral Homes of Delta County are assisting with arrangements. Messages of condolence may be offered at www.skradskifuneralhome.com