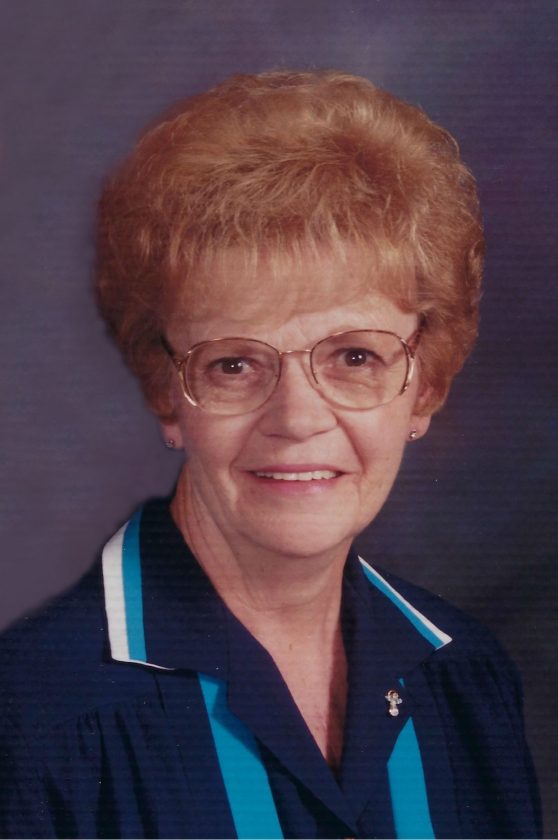 FORD RIVER — Marie “Mary” E. Schwalbach, 86, of E4619 Hwy M-35 in Escanaba (Ford River), passed away Sunday evening, Aug. 11, 2019, at home surrounded by her loving family. She was born on Dec. 29, 1932, in Escanaba, the daughter of Marcial and Lillian (DeMars) Sorensen. Mary was raised in Escanaba and was a member of the Escanaba High School graduating class of 1952. Following high school, Mary worked for Michigan Bell and later Mead Paper Company. On Nov. 19, 1955, she married her childhood sweetheart, Richard Schwalbach, at St. Patrick Catholic Church in Escanaba and were happily married for 47 years before his passing on Feb. 22, 2003. Mary and Richard started the Drapery Shop in Escanaba over 30 years ago, which later became known as Bay Interiors. After retirement, they owned and operated Drifters Restaurant in Escanaba for two years. Mary was an avid Green Bay Packer fan, enjoyed reading, and taking walks. She loved spending time with her family — especially her grandchildren — as they meant the world to her.

In addition to her parents and husband, Mary was preceded in death by her sister, Marcia Baker.

The Anderson Funeral Homes are assisting the Schwalbach family and online condolences can be sent at www.andersonfuneralhomes.net.