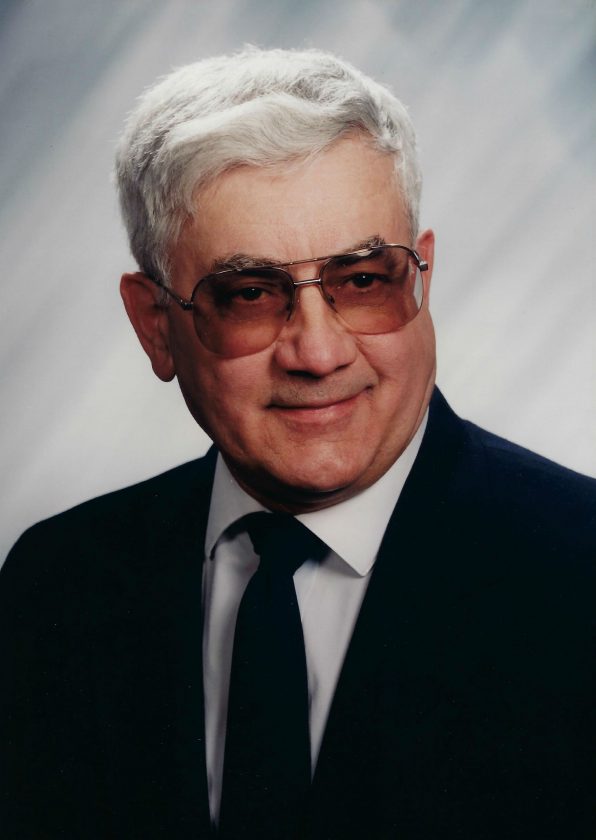 ESCANABA — John George Prokos, 87, of 5340 12th Road, Escanaba, passed away Sunday afternoon, July 7, 2019, at U.P. Health System – Marquette. He was born on May 25, 1932, in Escanaba, the son of George Charles and Koula (Petrolekis) Prokos. John was raised in Escanaba. A 1951 graduate of Escanaba High School, his passion for track and field began in high school where he held a high school record in pole vaulting for many years. After a semester of college, he was drafted into the U.S. Army in early 1952 and served during the Korean War. He was stationed in Europe. While stationed in Europe he used his leave time to visit his parent’s home in Greece. He was honorably discharged on Oct. 27, 1954. Upon returning home, John attended Northern Michigan University where he received his bachelor’s degree and also went on to receive his master’s degree in education. John married the former Darlene Norman on Feb. 2, 1957, in Escanaba. Together, the coupled shared 62 years of marriage and raised twins. John began his teaching career in Mackinaw City, Mich., for a few years before relocating to teach in Powers, Mich. He then was employed with the Escanaba Area Public Schools teaching physical education for 38 years until his retirement. During his teaching career, John’s passion for cross-country continued as he coached the Escanaba High School team, which flourished under his training. His coaching continued with his retirement and included individual coaching for students in the pole vault event. He was a member of the Michigan Senior Olympics and competed in many pole vaulting events — John was even pole vaulting up until the age of 70. He also competed in the U.S. Masters Track and Field Championship in Chicago, Ill.

John was a jack of all trades who always loved working with his hands. He was part draftsman, architect, engineer, electrician, carpenter, and artist. He built the home he lived in with wife and family. In his later years he began submitting wood sculptures for display in local shows. He was an avid Green Bay Packer and University of Michigan football fan. He was a dedicated citizen of his beloved hometown, Escanaba, volunteering his time at OSF St. Francis Hospital, making popcorn for the Esky Fan Club events, was a board member for 30 years at the U.P. State Employees Credit Union, was a member of the American Legion Post, and the DAV. In 2016, his service to his country in the Korean War was honored through the U.P. Honor Flight to Washington, D.C. John touched the lives of many people – family, friends, students, athletes, and colleagues. He will be deeply missed.

A reception will be held afterward at Pacino’s Food and Spirits within the Magnuson Grand Pioneer Inn and Suites in Escanaba. Burial will take place in Lakeview Cemetery. The Anderson Funeral Homes are assisting the Prokos family and online condolences can be sent at www.andersonfuneralhomes.net.