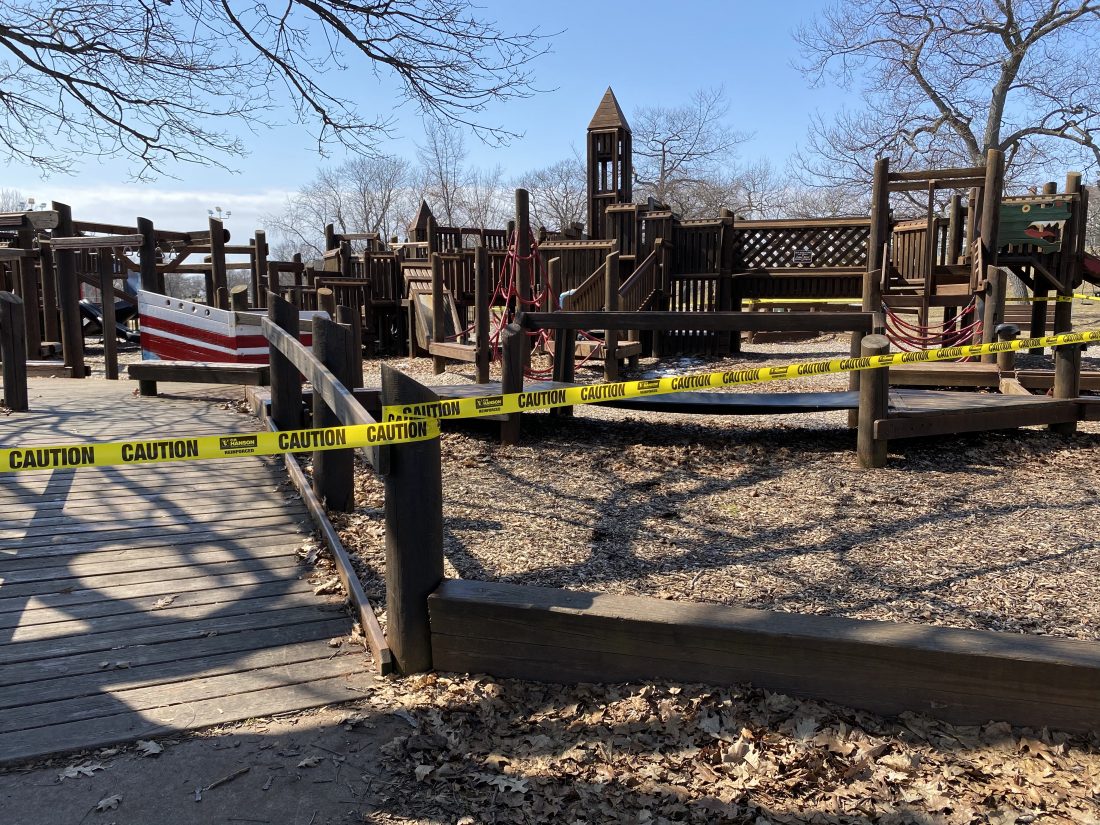 ESCANABA — In keeping with Gov. Gretchen Whitmer’s “Stay Home, Stay Safe” executive order, the city of Escanaba ordered all city parks closed until further notice Friday morning. However, people will still be able to use the parks for some activities. The closure also includes all Escanaba park playgrounds, basketball and tennis courts, and gathering places.

“We are both very apprehensive about doing this,” he said.

Jordan went on to say that — while he did not like to see people’s rights taken away from them — social distancing is the most effective way to prevent the spread of COVID-19. Some activities city officials had observed people using the parks for recently, such as playing team sports, were incompatible with this.

“Right now, the young people especially have got to maintain social distancing,” he said.

People were also continuing to use park equipment.

“We’re not equipped to sanitize all this equipment every day, so we have to make it off-limits,” Jordan said.

As of Friday, people were officially banned from congregating in groups of 10 or more in Escanaba’s parks and from using park equipment. They are still allowed to bike, walk, jog or otherwise pass through the parks. Jordan declined to comment on potential punishments for violating the closure order.

According to Jordan, the city does not plan on keeping the parks closed for longer than is necessary.

As of noon on Friday the City of Gladstone has not closed recreational areas to the public. They do ask people to adhere to the CDC’s recommendations when visiting trails, parks, and public areas.

“People can go outside and enjoy themselves, just adhere to the CDC’s recommendations and know we have not sanitized anything within the park areas at this time,” said Gladstone Parks and Recreation Director Nicole Sanderson.

Recreation areas not open are being tended to currently, though they are closed. The boardwalk on the east side of town is closed due to damage and high water.

“Little Bay de Noc trail is cleaned and swept and a great trail to use,” Sanderson said.