MDOT aims to have bridge fully open in July 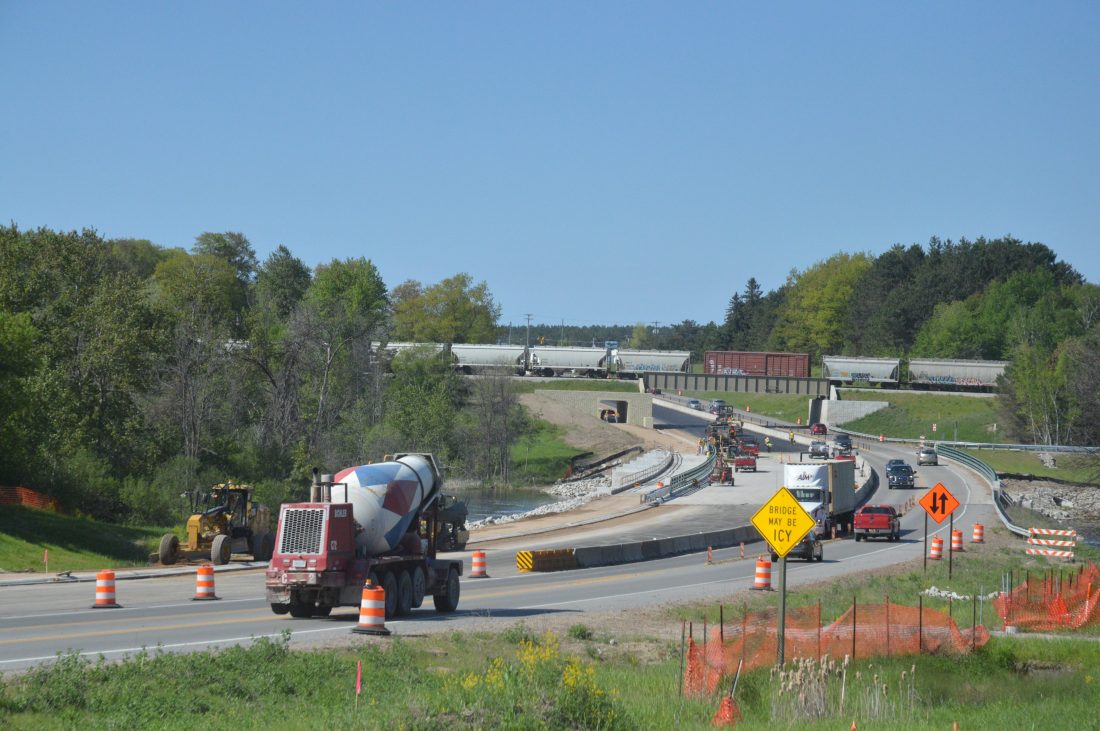 Jordan Beck | Daily Press The U.S. 2 and 41 bridge over the Escanaba River is pictured Thursday. A reconfiguration of traffic on the bridge is expected to result in traffic delays starting Monday evening.

WELLS — A reconfiguration of traffic on the U.S. 2 and 41 bridge over the Escanaba River is expected to result in traffic delays starting Monday evening. The Michigan Department of Transportation (MDOT) is aiming to fully open the bridge to traffic early next month.

“Once it’s set up, the configuration will be very similar to what’s already in place, only on the opposite side of the bridge,” MDOT Communications Representative for the Superior Region Dan Weingarten said.

Work on the traffic reconfiguration is scheduled to begin 7 p.m. Monday.

“There will be some delays while the shift is being set up,” Weingarten said.

The switch will allow milling and paving to take place on the westbound span.

Weingarten said MDOT is aiming to open both spans of the bridge in the relatively near future.

“We’re hoping to have that open before the 4th of July,” he said.

Work on the bridge project should be substantially completed in early July.

In the meantime, Weingarten reminded area drivers to obey reduced speed limits in the construction zone and to be careful while driving. Vehicles in the construction zone are restricted to 12 feet in width, and over-width loads are prohibited. Drivers with oversized loads are asked to contact the Delta County Road Commission at 906-786-3200 Monday through Thursday to determine the most appropriate alternative route.

Weingarten also gave his thanks to people waiting for the bridge project to be completed.

“We are appreciative of everyone’s patience,” he said.