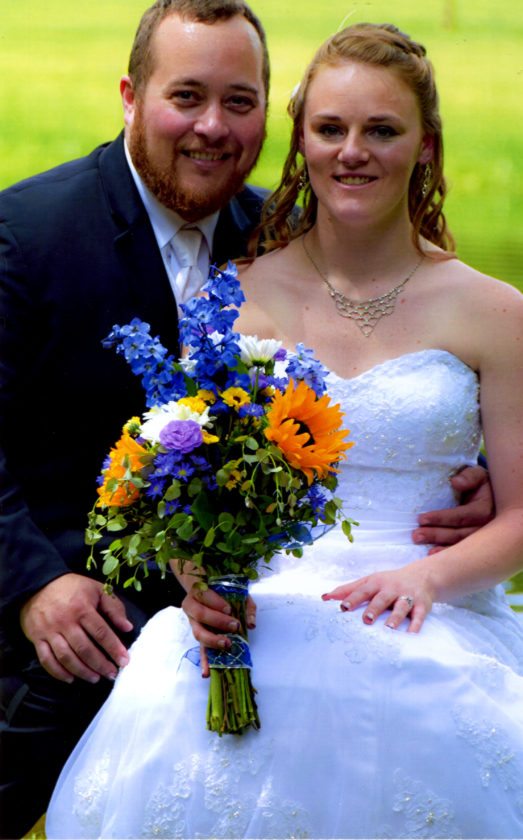 CRANDON, Wis. — Kelli Arnold became the bride of Wade Johnson Jr. during a 11:30 a.m. ceremony performed by Father Jacek Wtyklo at St. Bruno’s Catholic Church in Nadeau on June 17. Kelli’s parents are Gerald and Lori Arnold of Carney, and Wade’s parents are Wade Sr. and Lila Johnson of Bark River.

Kelli graduated from Carney-Nadeau High School in 2009, and Northern Michigan University in 2013. She is employed by BTE Technologies in Tomahawk, Wis.

Wade graduated from Bark River High School in 2005, and Northern Michigan University in 2010. He is employed by Expera Specialty Soulutions in Rhinelander, Wis.

Following the ceremony, the couple and their families welcomed and entertained guests at a reception at the Nadeau Township Pavillion in Carney.

A honeymoon trip will be planned at a later date. The couple is at home in Crandon, Wis.