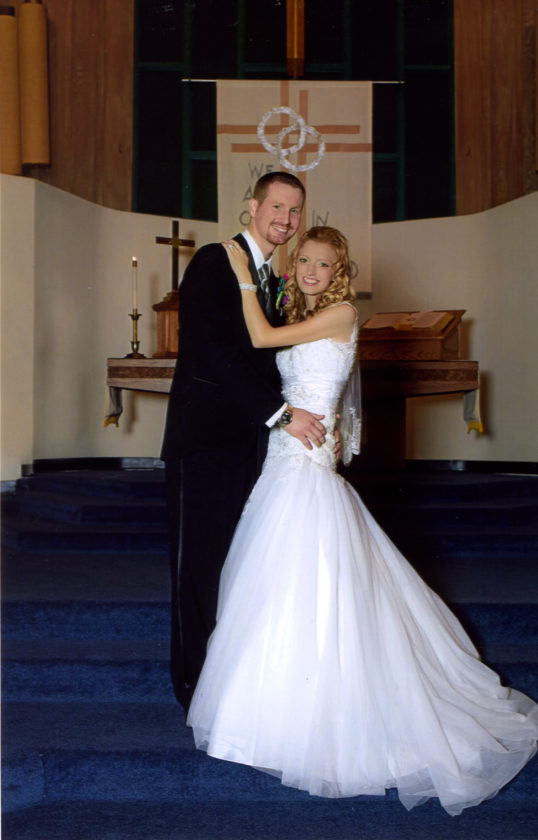 ESCANABA — Cheri Mathieson and Nicholas Robitaille were united in marriage during a 1 p.m. ceremony at Central United Methodist Church in Escanaba. The ceremony was officiated by Rev. Elise Low Edwardson on Aug. 6. 2016.

The couple met while volunteering to coach for Special Olympics. Cheri is a 2006 graduate of Escanaba High School and a 2012 graduate of Northern Michigan University. She is an elementary teacher at Bark River Harris School.

Nicholas is a 2007 graduate of Mid Peninsula School. He is employed at Astro UP of Rock.

Following the ceremony, the couple and their families welcomed and entertained guests at a reception at the Quality Inn and Suites in Escanaba.

After their honeymoon in New York, the couple has made their home in Escanaba along with their puppy Charley.