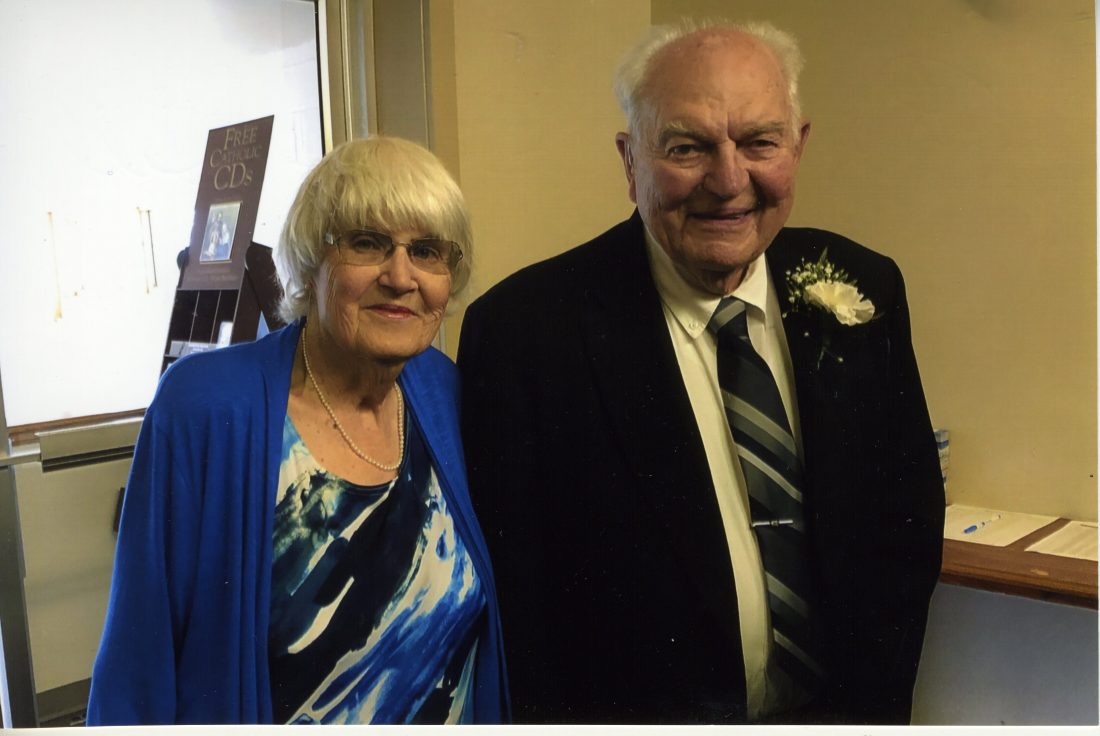 ESCANABA — On Thursday, Aug. 8, 2019, Roman and Gayle (Ramseth) Gill of Escanaba celebrated their 60th wedding anniversary, gathering with friends and family at the same church, St. Joseph’s of Perkins, on the same date and time as their wedding day of 1959. A Mass of Thanksgiving was celebrated by Rev. Monsignor John “Jed” Patrick, a longtime friend and concelebrated with their parish priest, Fr. Fran DeGroot, of st. Anne’s Church (Escanaba) where the Gills have been members since 1968.

Readings at the Mass were done by Kristen Ramseth Sleger and son Christopher Gill. Nephews John and Byron Dowse were ushers. The Gills were joined by their original bridesmaid Joanne (Morgan) Tardiff and original flower girl/niece Janna Lovejoy. Music was provided by the St. Joseph Church Choir and organist Rebecca Moody. A favorite hymn of Roman and Gayle’s, “On This Beautiful Day Oh Beautiful Mother,” was sung by the choir, using the same words as at their wedding service.

A catered meal and sharing of memories was hosted afterwards by the Gills’ sons Robert Gill, of Columbus, Ga., and Christopher and his wife Linda Metzler, of Berrien Springs, Mich. A layered anniversary cake was created by Deb Winkelbauer, a family friend. A niece, Michaelle Eeg, and great-niece, Breanna Eeg, served the cake. A special highlight was the presence of Roman and Gayle’s first great-grandchild, John Gilruth, age 4 months, son of granddaughter Martina (John) Gilruth.

People who attended the celebration came from various parts of Michigan and the states of Indiana, Wisconsin, Florida and Washington. The Gills expressed gratitude for all who attended or sent cards and well-wishes, with a special thanks to the people of St. Joseph’s Church Perkins for allowing them to return to the church for the Mass of Thanksgiving and Anniversary Party. They are also grateful for continued good health and opportunities to travel, winters in Orange Beach, Ala., and still spending time at their cottage on Cook Lake. 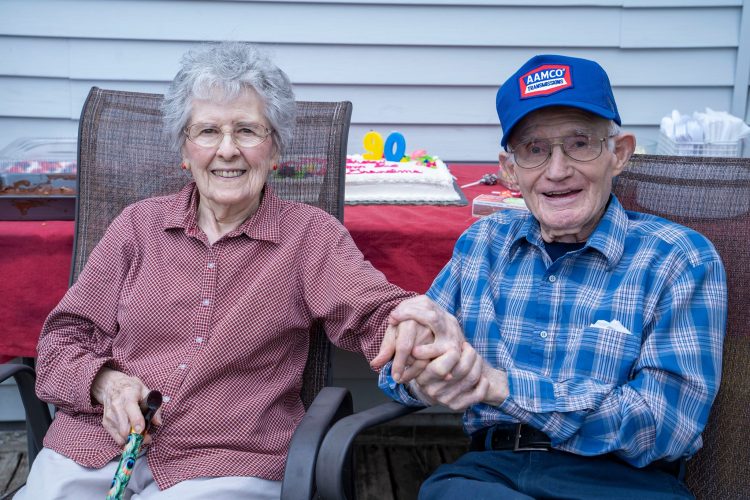