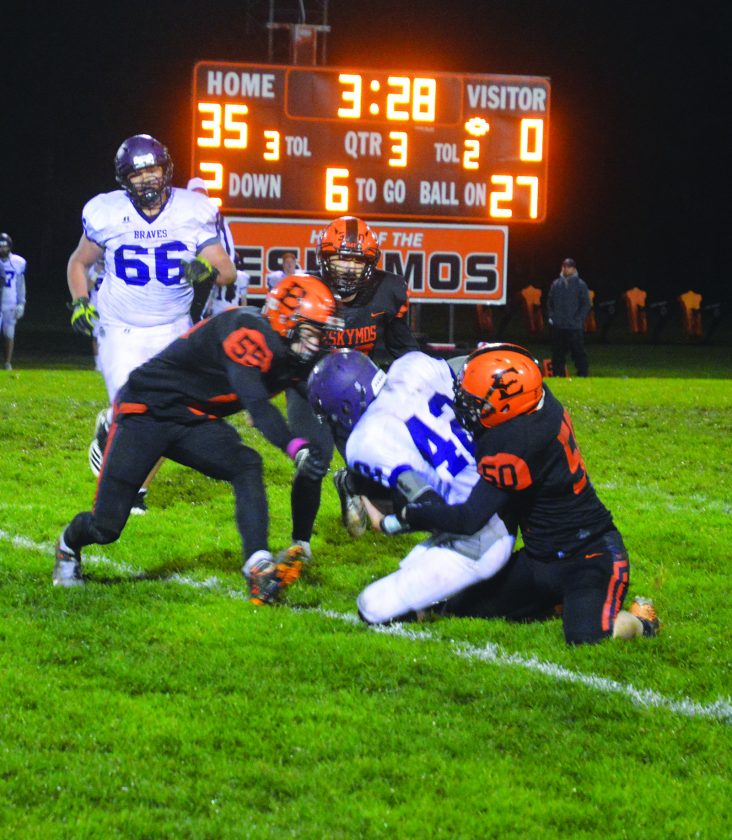 ESCANABA — Nearly three months of no high school sports have gone by. The pain of athletes not being able to play has been felt by nearly everyone in the local sports community after the Michigan High School Athletic Association decided to cancel the remainder of winter postseason tournaments and spring sports in mid-March in response to the coronavirus pandemic.

As the summer months arrive, attention has shifted from spring sports to fall sports, and particularly football. It has been a huge topic of interest nationwide over the past month, as folks wait to see if football will be played in the fall.

But for a pair of local athletic directors, they’re not just sitting back and waiting. They’re doing everything in their power to make sure local student-athletes get every opportunity to get back on the gridiron.

Gladstone A.D. David Lindbeck sent out an email Monday morning to all Great Northern Conference athletic directors to set up a virtual meeting Thursday morning to discuss potential back-up plans if COVID-19 or the MHSAA presents stumbling blocks such as travel restrictions or opposing schools getting shut down if their case numbers spike. Though all of the A.D.’s are planning on the season playing out as scheduled, many contingency plans were discussed.

“We’re looking at a number of different contingency plans,” Lindbeck said. “Obviously, Plan A is as is. If things go where there’s restrictions in travel, we want to be able to keep the status quo, keep all kids engaged and work with the GNC. We’re close in proximity and we want to be able to support any quick changes that could hurt opportunities for our kids.”

There are many unknowns for the next few weeks, let alone the fall. The MHSAA provided guidelines for the return of sports last Friday, then updated their regulations Tuesday after Gov. Gretchen Whitmer lifted Michigan’s stay-at-home order that was set to expire June 12. Athletes are now allowed to participate in outdoor activities and have gatherings of up to 100 as long as social distancing is taking place.

“Everything is going to look completely different this fall. We’re going to have a number of contingency plans with everything that we do across the board,” Lindbeck said. “Without going into specific details about what these plans would look like, the relationship that we have with the GNC is great. Giving the kids a noble opportunity as much as possible is our first priority. Things could start out normal or they could start out ab-normal, so we want to have some of that ground work laid out. We’re going to have some moving parts and some optimism for what the kids are going to experience. … We don’t want to repeat what we did this spring. We don’t want to go into this school year and have the COVID spike back up and start knocking down our kids and putting our kids in a bad position in our communities.”

Escanaba A.D. Tony Perino, who was part of the meeting, also referred to budget issues as a potential obstacle.

“A lot of schools right now are going to be having a tough time trying to survive with the budget deficit with the per-pupil funding,” Perino said. “Transportation might not be just an issue with COVID-19, but also in terms of budgeting.”

Because travel could be a potential issue, multiple ideas were tossed around at the meeting. One of those is GNC teams playing two games against one another.

“We looked at our schedules in the fall, and for instance, we go to Gladstone for football next year. We looked at where we could potentially fit in the next game with Gladstone. We’re playing there in Week 4, so if we decide to go this route, we could play Gladstone at Escanaba in Week 7 or Week 8, or maybe even Week 3 or Week 1,” Perino said. “We don’t know if downstate teams are going to come up here. … We don’t even know if Wisconsin teams are going to travel this far. So there’s a lot of what-if’s right now, and we really had to sit down and look at it.”

Another possibility that was discussed is playing for a U.P. championship if travel downstate is not permitted.

“The MHSAA might say they’re going to eliminate all state championships next year and keep it to conference play,” Perino said. “Who knows? It’s just so hard to say.”

In a worst-case scenario, the idea of splitting players up from Escanaba and Gladstone into 8-player teams was even discussed. That way, football could still be played remotely in Delta County if extreme travel restrictions are put on.

“Our region is much smaller, so if we are stuck, we could realistically give the opportunity to the kids to continue to play regular football. The transition from 11-man to 8-man is not difficult,” Lindbeck said, noting Braves coach Jeff Hansen wants to play an 11-man season if at all possible. “That’s one of the last-case scenarios before we go to an intramural league or nothing, where we could zip that down and Gladstone and Esky could have a couple of 8-man teams to make that transition. We could get a decent schedule put together where you’re looking at two or three teams out of each school, and you could play a team like Rapid River.”

But it’s not all doom and gloom. All of the GNC A.D.’s are cautiously optimistic there will be an 11-man season that is mostly normal.

“I think we’re in a much better place than almost everyone thought we were two to three weeks ago. I think it’s a very positive outlook for the fall, especially football. I’m very optimistic about it,” Perino said. “Now, will that look like a nine-game schedule? That, I don’t know. But at least we’re moving in the right direction.”

The MHSAA has put all sports into three different risk categories — low risk, moderate risk and high risk. Football is the only fall sport considered high risk, which is encouraging for other fall sports.

“With those sports, we are much more regional, so you’re not going to problem solve the same way,” Lindbeck said. “Because we’re so regional, the impact is going to be a lot less. We’re not going to shut down because we’re not traveling out of the region for the most part and we’re all competing against the same teams in the same area. If one team has the sickness going through, then we know they’re going to be done for at least two weeks, and then we’ll re-adjust from there.”

Lindbeck also noted his fall sports teams will start their conditioning and lifting on Monday when the stay-at-home order expires.

Regardless of what the future holds, Lindbeck is excited to continue working with the rest of the GNC A.D.’s to create the best situation possible for local athletes.

“We’re all cautiously optimistic,” Lindbeck said. “It was a great meeting. We have some great camaraderie with our A.D.’s. … We know how to problem solve, we know how to look through things with a problem-solving and forward-thinking mentality, and we’re ready to hit a switch at any time and get together to make something work.

“It’s not what you can’t do, it’s what you can do. That’s what we’re getting out of these meetings. We’re not going to take time to blame or make excuses or even have personal opinions about what’s going on in the world … we are problem-solving. This is what you got, these are the cards that you have, so let’s make something happen.” 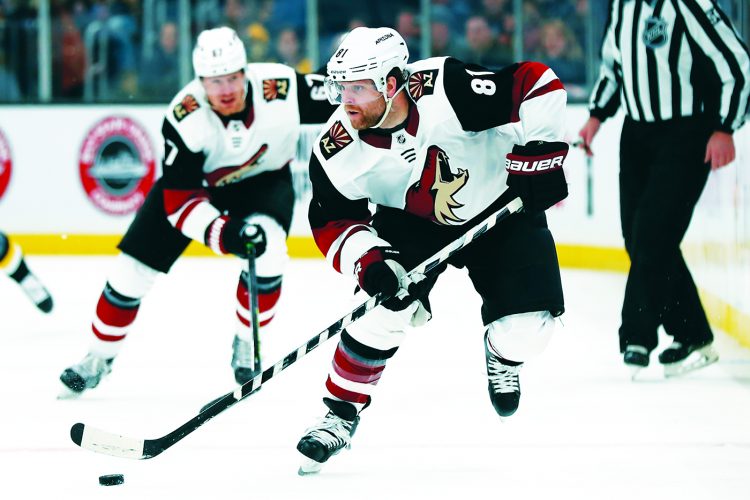 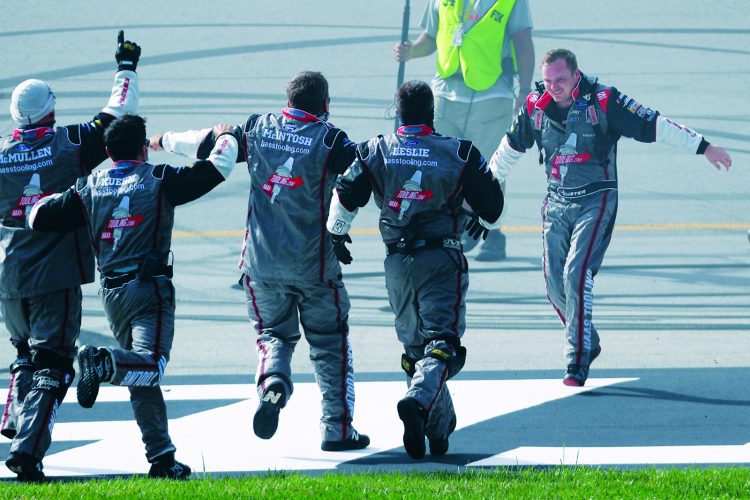 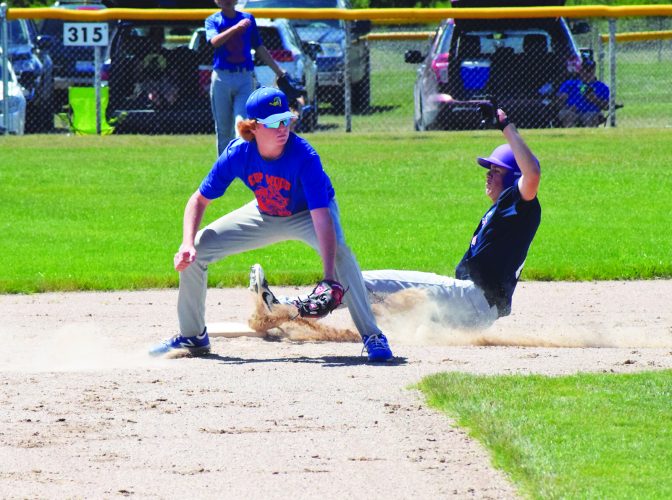