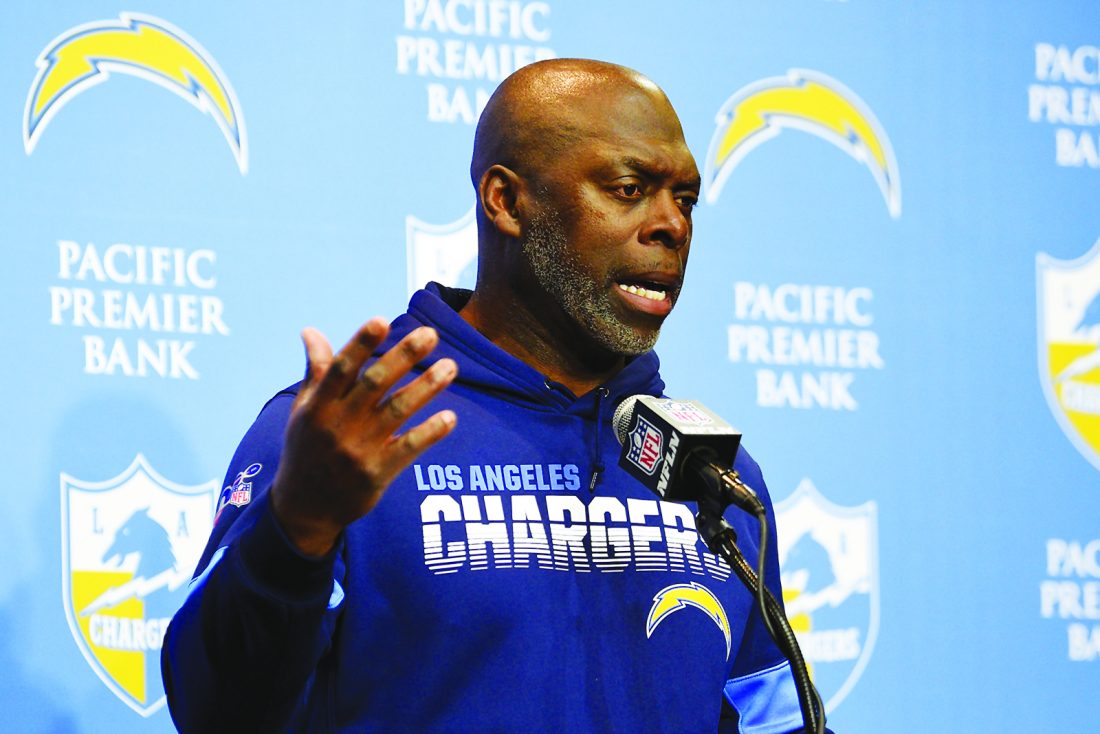 The biggest takeaway following the NFL’s two-day quarterback coaching summit is there’s no shortage of qualified minority candidates waiting for opportunities to be head coaches and coordinators.

The league and the Black College Football Hall of Fame earlier this week held a virtual version of their summit, a third-year project aimed at improving the league’s diversity. Dozens of pro and college football coaches and assistants participated.

“We hear it all the time about how nobody’s in the pipeline,” said Washington Redskins executive Doug Williams, who co-founded the Black College Football Hall of Fame with James “Shack” Harris. “I hope after (the summit) that we get away from pipeline and realize we’ve got a bunch of guys in line. All they’re asking for is an opportunity. The pipeline is full. The most important thing is to open up the valve.”

Lynn, Bieniemy, Leftwich, Hamilton and Brady were among the presenters during several sessions on Monday and Tuesday. San Francisco 49ers defensive coordinator Robert Saleh, a Lebanese-American, also spoke to the attendees.

Bieniemy, who interviewed with the Panthers, Browns and Giants before his dynamic offense led Kansas City to a 31-20 win over the 49ers in the Super Bowl, spoke at the summit about leadership and building a winning culture.

“True direction within an organization is born with a vision,” he said. “It begins when a leader accepts it. It gains acceptance when a leader models it. It becomes reality when the people respond to it.”

After the 2018 season, eight head coaches lost their jobs. Only one opening was filled by a minority candidate, Flores in Miami.

Following last season, five jobs came open and one minority, Ron Rivera, was hired, by Washington. That makes four minority head coaches out of a possible 32 in the league.

“We knew we had to change. We weren’t getting the results that we had to have so there was a commitment to do that,” Commissioner Roger Goodell said.

The summit is one of several NFL programs intended to build the coaching and personnel development pipelines and strengthen diversity across the league.

“This is incredibly important to the NFL, not just this event but this effort to do the things that are right to create equality and opportunity for our coaches and our executives and for everybody in the NFL to be able to advance their careers, particularly for people of color that we are focusing a lot of these efforts on,” Goodell told the attendees.

“Leadership is important,” Rooney said during the conference. “Being a head coach in this league you have to be a great leader. You’re really the face of any franchise at that point. The bottom line in terms of being a leader, you have to be yourself. You can’t pretend. People will see through anything that isn’t genuine.”

Of the 32 NFL teams, 22 were represented at the summit.

“Would we love to have all 32? Absolutely. But we went from two clubs to 22,” NFL Executive Vice President of Football Operations Troy Vincent said. “And in hoping to share, we’ve got to do our part. I would say myself and my colleagues here, we failed. We failed to promote and continue to promote these men that we saw over the last two days. We failed to amplify, to show them in a different light. We have to do a better job of sharing the information to the clubs, making sure that every club, every president, every general manager has all of the information.

“It’s been a work in progress, we’ll continue to fight, but we do have club ownership leadership that is driving change. And we know it’s not going to happen overnight.”

Harris, who played quarterback for more than a decade and later served as a front-office executive, echoed Williams’ thoughts.

“There’s no shortage of people capable of coaching and coaching quarterbacks,” Harris said. “I think what we need is a commitment to hire.”