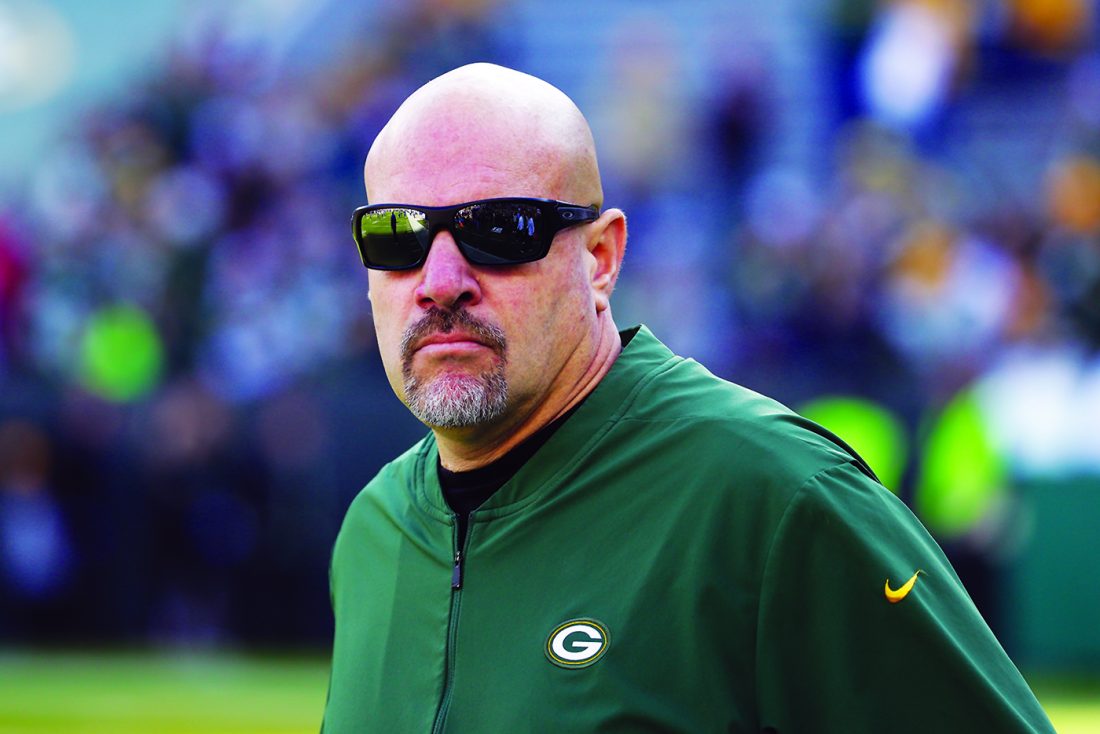 And he expects the team to prove that this fall.

“When things are right, when things are clicking for us and guys have a good understanding of what they’re doing, we can stop the run as well as anybody else,” Pettine said Friday during a media Zoom session.

Green Bay hasn’t made many offseason changes to a defense that got run over by the San Francisco 49ers in last year’s NFC championship game. The Packers’ Super Bowl hopes disintegrated with a 37-20 loss in which Raheem Mostert ran for 220 yards and Green Bay gave up 285 yards rushing overall.

Pettine called it “beyond disappointing” and said it has made the run defense a point of emphasis during this unusual offseason, as teams try to improve themselves while being scattered across the country because of the pandemic.

“It’s tough to realize that we played our worst game at the worst time, but at the same point, we own it,” Pettine said. “We’re not running away from it. We went through it in detail with the staff. We talked to the players about it. There’s no excuses being offered. We just weren’t good enough in every aspect, whether it was scheme, effort, energy, technique. The key thing is to learn from it so it doesn’t happen again.”

Since then, the Packers lost their leading tackler from each of the last three seasons when linebacker Blake Martinez signed with the New York Giants. The signing of Christian Kirksey could help the Packers make up for the loss of Martinez, though injuries caused the former Cleveland Browns linebacker to play just two games last season and seven games in 2018.

The only draft picks Green Bay used on defense were for Minnesota linebacker Jamal Martin in the fifth round and TCU safety Vernon Scott and Miami defensive end Jonathan Garvin in the seventh round. This marked the first time since 1985 that the Packers had waited until the fifth round to draft a defensive player.

Even so, Pettine remains confident the Packers have what it takes to stop the run. Green Bay ranked 23rd in the NFL in run defense last year and gave up 112.2 yards rushing a game and 4.7 yards a carry during the regular season.

“We’re not going to all of a sudden jump into a mode where (we say), ‘Hey, we’ve got to stack the line of scrimmage, we’ve got to stop teams from running,’ “ Pettine said. “The formula of the defense we played last year, we won 14 games. That’s a really good thing. So we’re not going to junk our approach over the last game. But we also know we’d be fools to ignore it.”

They certainly didn’t ignore it. Pettine said the Packers often break down plays that went wrong and try to figure out whether scheme, technique or personnel was to blame. He believes the Packers learned from what went wrong in the NFC championship game.

He wants to make sure that loss doesn’t carry into this season.

“We’re not going to let it be the dark cloud that hangs over us and let that define us,” Pettine said. “We have a confident group and they know that when they execute properly and they’re playing with the right leverage and energy and focus and technique — and all that stuff has to mesh together — they know when it’s done the right way, that it works and it’s effective. We need to raise our level of consistency, but at the same time, we’re not going to overreact to it.”