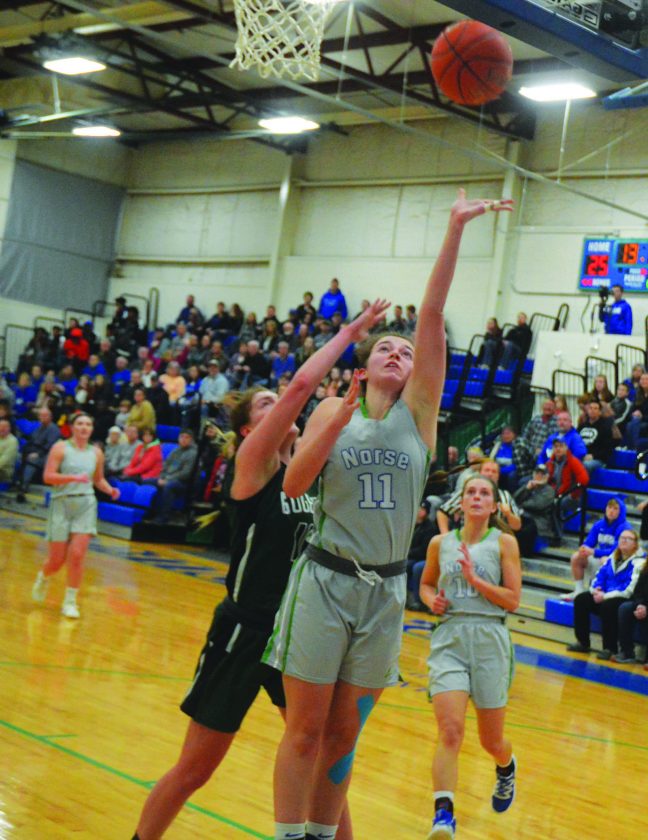 Austin Hemmingson | Daily Press Bay College’s Kaitlyn Hardwick shoots a layup in front of Gogebic’s Haley Grover (back) during a Feb. 26 game at Bay College. Looking on for the Norse is Trish McGuire.

ESCANABA — Gladstone High School graduate Kaitlyn Hardwick was recently awarded the Student Athlete of the Year Award for her contributions to the Bay College Norse.

Hardwick participated in basketball and softball during her athletic career with the Norse.

As a freshman, she started 16 of 29 games for the basketball team, and started every game in her sophomore year. She finished her career with 215 points, 222 rebounds, 76 assists, 67 steals and a 45.6% field goal percentage. Hardwick was also selected to the NJCAA Region 13 All-Region Team for the 2019-20 season.

“I am so happy to hear that Kaitlyn was awarded the Student Athlete of the Year Award,” women’s basketball coach Matt Gregory said in a press release. “This type of honor sure does resemble Kaitlyn’s every day personality. Her educational drive in the classroom, as well as her passion for sports, was on display this past year. She always found time to go above and beyond on campus, whether it was volunteering her time at sports clinics or tutoring her fellow students. Her energy as a dual-sport athlete was astonishing to see. I am so glad to have met Kaitlyn and to see the personal growth the past couple of years. She is a great role model for today’s youth and I am beyond proud of her on this achievement.”

In softball, she led the team in doubles (12), home runs (5), RBIs (55) and slugging percentage (.781) during her freshman year. Hardwick also led the team in putouts (153) from first base while finishing the season with a .970 fielding percentage. She was also selected to the NJCAA Region 13 All-Region Team in 2019.

During her shortened sophomore year, she led the team in at-bats with 49 and finished with a .388 batting average. Hardwick also notched a .400 on base percentage and a .612 slugging percentage. She collected five doubles, two home runs and nine RBIs in 13 games.

She finished her career with a .429 batting average, .450 on base percentage, .727 slugging percentage, 17 doubles, four triples

“Kaitlyn has been a joy to coach,” Norse softball coach Heidi Charon said. “She was a spark that ignited this team on the field, at practice, and in the gym; but most importantly, she has also been a role model in the classroom. Despite playing two sports that overlap for three months, she never let academics slip from the top of her priority list. And, though I know it was challenging and exhausting, she sure made it look easy and was always wearing a smile and bringing tons of energy.”

Hardwick felt her time at Bay College was well spent.

“I chose Bay College because it was close to home and it has a good student per teacher ratio,” she said. “Bay College has pushed me to succeed by helping me take responsibility for my own learning. I struggled when I first started at Bay because I was balancing class, work, and two sports. It was a little overwhelming. Bay College offered many programs that helped me to succeed. They were there if you just needed encouragement or even someone to talk to. The staff at Bay College has done phenomenal work to help me achieve my best as both a student and an athlete.”

Hardwick will continue her academic career with a major in education with a focus on elementary settings.

“I also hope one day to coach and be a role model to kids just like all my coaches have done for me,” Hardwick added. 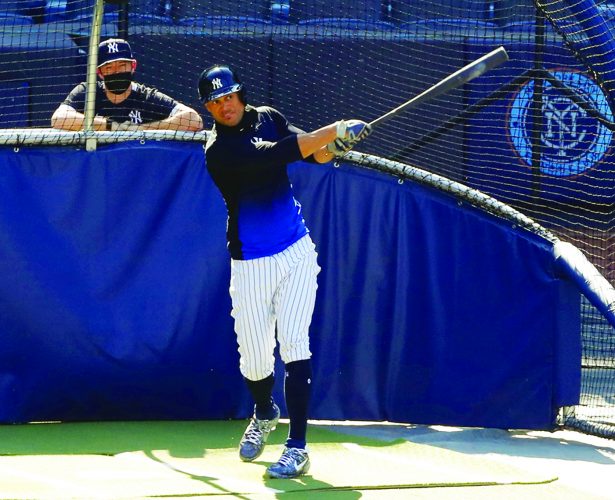 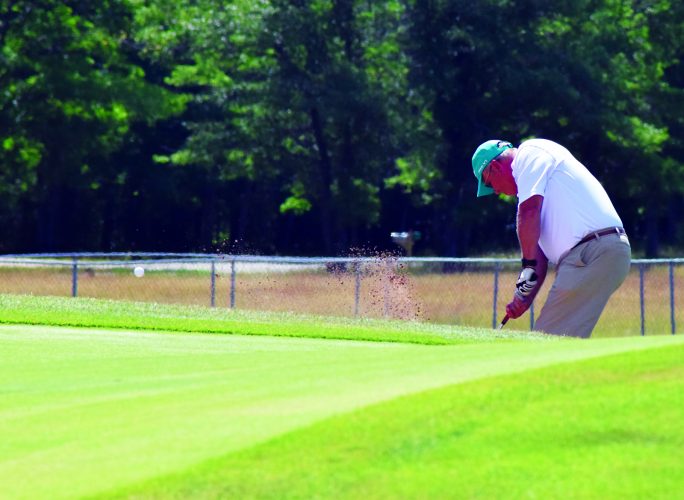 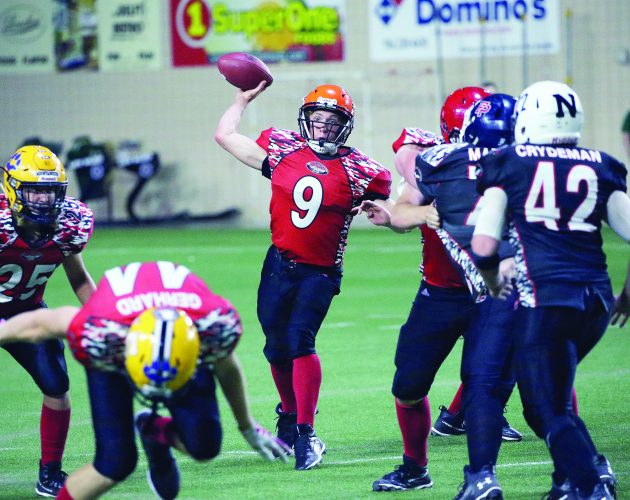