No. 8:?Wolverines get gutsy win over Bark River-Harris 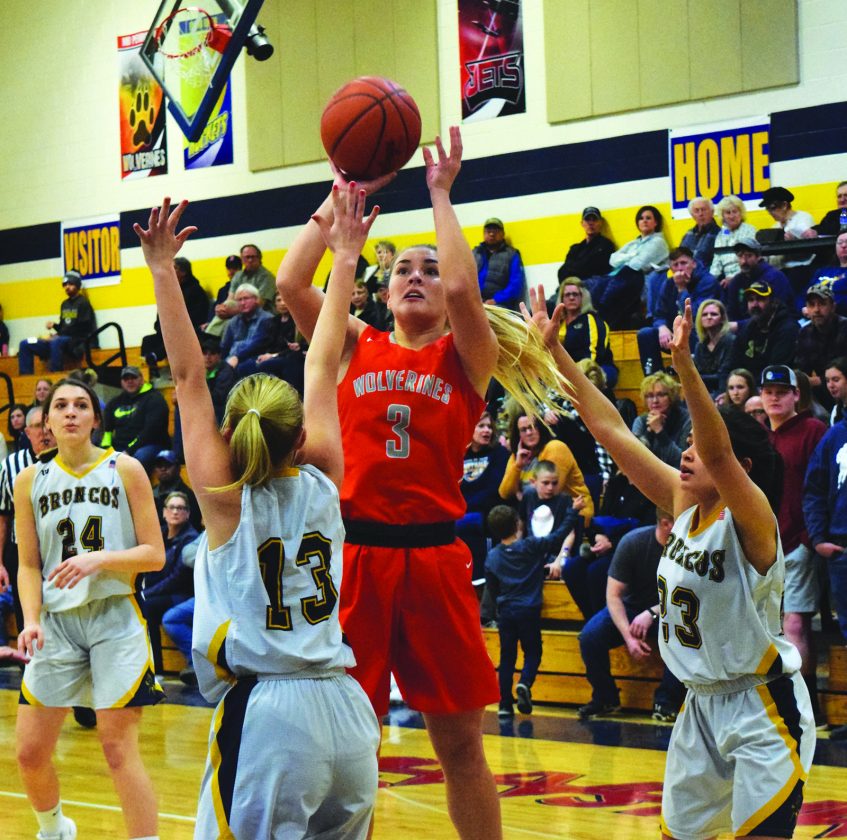 HARRIS — The Mid Peninsula girls had just come off their third loss — a hard one against North Dickinson, 66-30, Jan. 17 — and Bark River-Harris was looking to break out of its funk after a crushing 46-45 home loss to Gwinn.

When this one was all said and done, it was the Wolverines that came out on top, 45-44 on Jan. 21. Mid Pen rode that momentum to finish the regular season 9-2, while the Broncos lost their second straight by just one point.

The Wolverines’ close win highlighted their strengths as the season progressed.

“It came down to making plays at the end, but we just didn’t make enough of them,” BR-H coach Matt Richer said after the game. “… We can’t give up the lead early on like we did tonight. They just outworked us.”

The work was on the defensive side as the Wolverines held the Broncos under 45 points, their eighth time doing so in 11 games.

“We gave up a few easy buckets early on, but we started clicking (in the second quarter),” Mid Pen coach Phil Croasdell said. “It was our defense that won us this one. It was kind of a fun game, but it was a little stressful for us. It was a good all-around team effort.”

Kennedy Englund was Mid Pen’s scoring leader all season, and she shined against the Broncos.

After the game was tied at 37, Englund converted a 3-point play and hit a jumper to stretch the Wolverines’ lead to 43-37 with three minutes remaining, and it was the Mid Pen defense that allowed it to hang on despite free throw opportunities for the Broncos.

“We played pretty good early on, but we stunk in the second quarter,” Richer said. “We knew Mid Pen was going to bring some good athletes here. We couldn’t find the rhythm we had to start the game. By then, we were down and playing catch-up.”

Kennedy Englund finished the game with 23 points and 10 rebounds, while Daisy Englund chipped in eight points and boards. Sierra Debelak led the Broncos with 11 points.

The Wolverines ability to come back after falling behind was also on full display. Mid Pen trailed through most of the first half but turned it around by halftime.

They went on to lose just two more games in the regular season, dropping one against Carney-Nadeau and another against Stephenson.