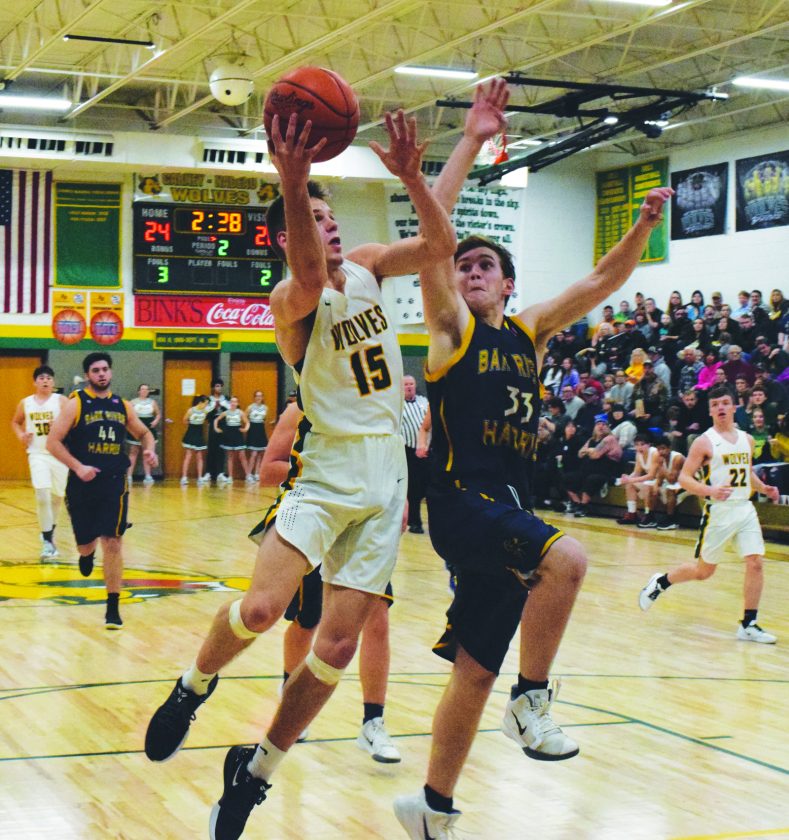 ESCANABA — Despite unknown status of whether or not boys basketball postseason tournaments will resume at any point due to the coronavirus outbreak, this season individually belonged to Carney-Nadeau senior point guard Brett LaFord.

The Skyline Central Conference Player of the Year led a group of 18 area players that averaged double figures in scoring, but his 22.7 total is five more than anyone else.

Checking in behind him is another senior point guard in Rapid River’s Tyler Sundling. Sundling, who averaged 17.8 per game, also eclipsed 1,000 points in a 76-66 home win over Mid Peninsula Feb. 21. He had nine games of 20 points or more, including a career-high 30 in a 54-50 home loss to Munising Jan. 8.

“He has dedicated himself to the basketball program,” Rockets coach Mitch Hall said. “He loves to win and hates to lose. He has a lot of passion for the sport and he would love the opportunity to play after high school.”

Right behind Sundling with a 17.5 average is Mid Pen’s Zach Englund. Englund is another 1,000-point scorer and senior point guard out of the Skyline Central Conference. He scored over 20 points six times and saved his best for last, reaching the 1,000-point mark and a career-high 32 points in a district semifinal loss to Hannahville March 11.

“You have to physically be there to see how important he was and how much he meant to the team,” Mid Pen coach Mark Branstrom said. “He had to take and lead the team. Under the circumstances, he made the team better because he had to. He gave it his all on the court all of the time.”

Escanaba senior guard Peyton Fedell had a 17.2 average. Fedell increased his point average by 10 points from a season ago, helping Escanaba to a 14-7 record and a district final berth before play was suspended.

“He got a lot stronger in the offseason and improved his jump shot,” Esky coach Tracy Hudson said. “He’s a typical kid in our system who just kept getting better and better. Very clutch player. Peyton made big shots for us. He’s not afraid to take the big shot.”

North Central’s tandem of Luke and Noah Gorzinski carried the Jets offensively. Luke averaged 17.1 points as just a freshman, while Noah averaged 14.6 for his senior season.

“Offensively, they have put the team on their backs and carried us,” Jets coach Mike Malone said. “They come through more times than not.”

Gladstone junior teammates Cam Ballard and Rane Castor averaged 15.9 and 15.1 points, respectively. Ballard had eight games of more than 20 points, while Castor had four games over 20.

“(Cam) was our team’s leading scorer and faced some of the best defenders in two of the toughest conferences in the U.P.,” Braves coach Dane Quigley said. “Rane’s scoring was done in both physical style on the inside, and with some timely shooting from the outside.”

Esky junior center Carter Hudson had a 14.6 points per game average. Hudson had three games of 20 points or more, but the biggest thing was his consistency. He had just three games all season when he was held to single digits, and the Eskymos were 0-3 in those games.

“He’s one of the best centers that we’ve had at Escanaba,” coach Hudson said. “His stats and his game prove that. He’s starting to realize what his body can do and playing more above the rim.”

“The thing that was good about him was being a role model,” Cougars coach Harry Robbins said. “Some of the younger kids are really looking up to him, and when the gym’s open, he’s there. He’s a coach on the floor.”

“I thought Beau and Max have matched up real good with (Brett LaFord),” Polfus said.

Rapid River senior center Tony DeMars had a 12.7 average, including a career-high 28 in a 61-54 win at Stephenson March 3.

“He’s a big part of the team,” Hall said. “He’s quiet but people listen to him.”

Gladstone senior guard Noah Ballard averaged 12.1 points per game. He was a streaky scorer, going over 20 points five times including setting a career-high with 31 in a 71-66 win at Kingsford Jan. 16.

“He was a very efficient scorer and was often a spark plug for our offense,” Quigley said. “Noah was often the heart and soul of our team.”

It is believed Manistique senior guard Schyler Andersen had a double figures scoring average, although no official statistics were available. Andersen was a Mid-Peninsula Conference second team selection who reached a season-high with 30 points in a 77-70 loss at Escanaba Jan. 28.