ESCANABA — After a fairly routine week, there wasn’t much change in the latest U.P. basketball poll released by the Upper Peninsula Sportscasters and Sportswriters Association Monday.

In Division 1-3 on the boys side, everything stood pat with the exception of undefeated Munising replacing Westwood for the fifth spot. Escanaba (4-4) remained just behind Marquette at No. 4 despite beating the Redmen last Tuesday for the first time in a decade. Iron Mountain remained the unanimous No. 1, followed by unbeaten Negaunee.

There were some small changes in Division 4 after North Central dropped to 3-2 with a loss at the buzzer to Norway Jan. 6. The Jets are now tied for the fifth spot with Rapid River, which entered the poll for the first time after taking down Carney-Nadeau and then narrowly falling to Munising. Unbeaten Dollar Bay remains the unanimous No. 1, followed by a tie for No. 2 between Rudyard and Ewen-Trout Creek. Pickford checked in at No. 4.

The girls Division 1-3 poll remained exactly the same, with unbeaten Menominee the unanimous No. 1. The Maroons, who are also ranked No. 7 in Division 2 in the Associated Press state poll this week, are followed by Westwood, Sault Ste. Marie, West Iron County and Negaunee. Escanaba (6-3) just missed the cut by one point for the second straight week.

In Division 4, the poll remained mostly intact with the lone exception being North Dickinson replacing Mid Peninsula at No. 5 after taking down the Wolverines 67-32 in Felch Wednesday. St. Ignace is the unanimous No. 1, followed by Ewen-Trout Creek, Pickford and Baraga. L’Anse, which was tied for No. 5 with Mid Pen last week, also dropped out.

College baseball talent level to go up with change to draft

As disappointing as it’s been to have the college baseball season shut down because of the coronavirus pandemic, ...

ESCANABA — The Escanaba Football Clinic scheduled for April 24 has been cancelled due to the coronavirus pandemic.

GREEN BAY, Wis. — Green Bay Preble softball coach Ron Metzler is back at home recovering from a scary case of ... 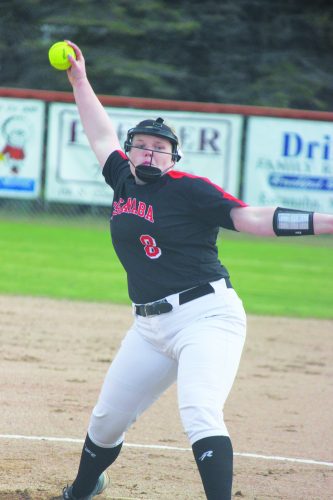