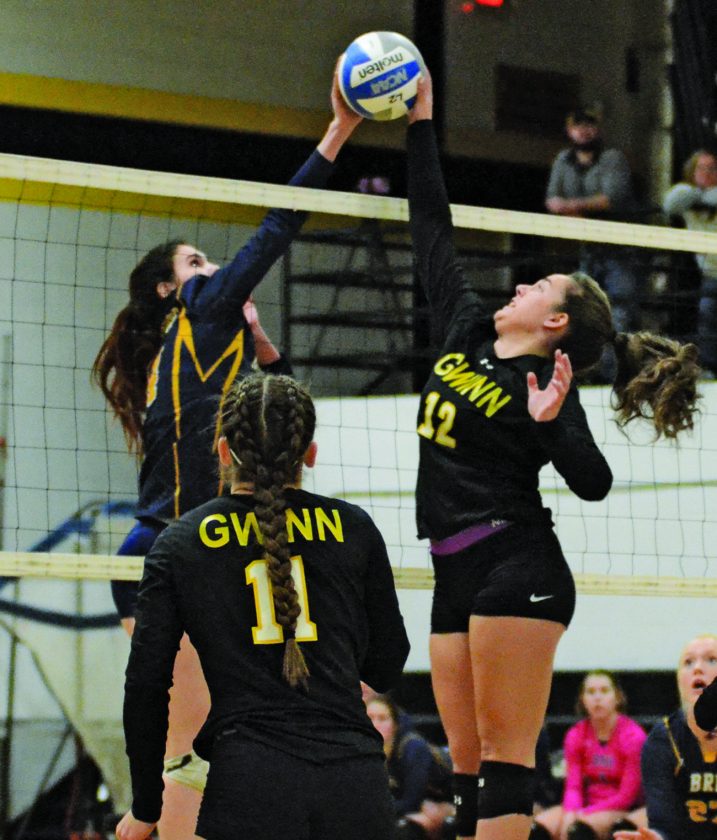 GWINN — It’s been close, but no cigar, for the Gwinn varsity volleyball team over the last few years.

The last time the Modeltowner spikers played in a district championship match was in 2015. Tonight, they’ll get that opportunity once again after defeating Bark River-Harris 3-0 in an MHSAA Division 3 district semifinal match played at GHS on Wednesday.

Gwinn will face a familiar opponent, Manistique, which topped Ishpeming 3-0 in the other half of the district bracket. The Emeralds faced the Modeltowners in the district final in both 2014 and 2015, with Gwinn taking the 2014 title 3-2 before Manistique earned some revenge with a 3-1 win the following season.

Those teams also squared off twice in this regular season, with the Emeralds claiming both matches in four and three sets.

“We’ve seen them twice and they got us both times, but the third time’s a charm,” Gwinn head coach Toni Roberts said with confidence.

While Roberts is hopeful that old adage proves true for her team tonight, she’s also happy just to be there in her fourth year at the helm. The last three years, the Modeltowners have fallen in the semifinal round, all three matches to Negaunee, and the previous two in five-set heartbreakers.

“It sounds great, better than you know,” she said. “This is my fourth year coaching varsity, and this is my first district final. We’ve lost in the semifinals every year.”

Wednesday’s straight-set victory came by scores of 25-8, 25-23, 25-21, and Roberts said it was one of the most complete matches her team has played all season.

“(Tonight) was probably the best match we’ve put together,” she said. “The first set especially, they just got started right away, started rolling and kept the momentum all night.

“Bark River gave us a lot more in the second and third sets, but I feel like our girls didn’t shut down and they played a full match which is great going into (today).”

A problem that’s persisted for the Modeltowners this season has been orchestrating three strong sets. In order to fix that issue, Roberts said part of it is being able to prevent teams from going on point streaks and turning those points into their own, which Gwinn appeared to do a good job of on Wednesday.

“We’ve been working on stopping runs like crazy,” she said. “That was a huge part of our practice (on Tuesday), stopping runs and creating runs of our own. They just did so well at it. They calmed down when Bark River went on a run…. It was great and I’m really proud of them.”

Despite the Broncos jumping out to a 3-1 lead in Set 1 behind an attack error, a kill from Cara Zawacki and an ace from Selena Britton, BR-H only managed to produce five points after that, with Gwinn rolling to the victory on a set-ending kill from Marissa Delmont.

Sets 2 and 3 were much tighter with the teams battling up to a 20-20 draw in the second. After the Broncos tallied the next point, the Modeltowners struck back with the next three, which included an ace from Megan Ruokolainen to go up 23-21 before BR-H called a timeout.

The teams traded the final four points as Gwinn won the set on a kill from Emily Curtice, one of her 11 on the night to lead the Modeltowners offensively.

“The first game for us was rough,” BR-H coach Jen Ives said. “Many of our girls have not played in a high pressure game and we’ve never played Gwinn in the regular season. Our hitters didn’t swing at the net and defense wasn’t moving their feet. However, we regrouped for Game 2 and 3. The team showed more grit and determination than I’ve seen before to come back from such a rough Game 1 to battle in Game 2! I think both of those games could have gone either way. Gwinn was strong at the net tonight and they didn’t let much hit the floor. We had to work for every point we won and our girls stepped up to the challenge.”

Gwinn raced out to a 4-0 lead in the third before the Broncos quickly regrouped and took the lead 6-5. It was a battle the rest of the way, with the set tied five times before the Modeltowners jumped ahead 21-17 on a kill from Samantha Beisner and a kill and block from Halle Beauchamp.

The Broncos managed to cut the lead to two at 22-20, but it wasn’t enough, with the set and match ending on a net violation.

“There were some great volleys back-and-forth and it was especially fun watching Makena Lockwood play tonight,” Ives said. “She played exactly like she is — a first team all-conference senior who wasn’t going to play her last game without a fight.

“Overall, I was happy with set two and three and look forward to building on our foundation next season.”

Delmont and Beauchamp chipped in offensively with seven kills apiece while Emily Mannor added four. Rukolainen had two while Jordana Hardy and Tianna Taylor each finished with one. Taylor also added two aces, while Delmont finished with 23 assists.

First serve in the District 66 championship game between Manistique and Gwinn is set for 7 p.m. back at Gwinn High School. The winner advances to the Division 3 regional round hosted by Manistique, and will take on the winner of the District 65 bracket between Ironwood and Calumet. 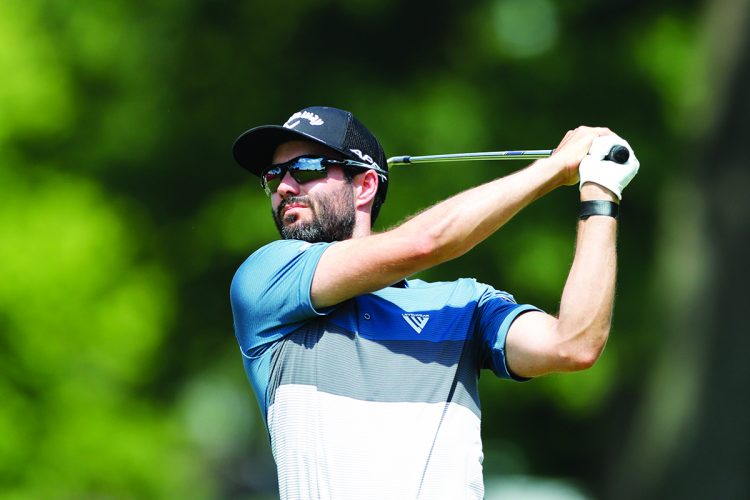