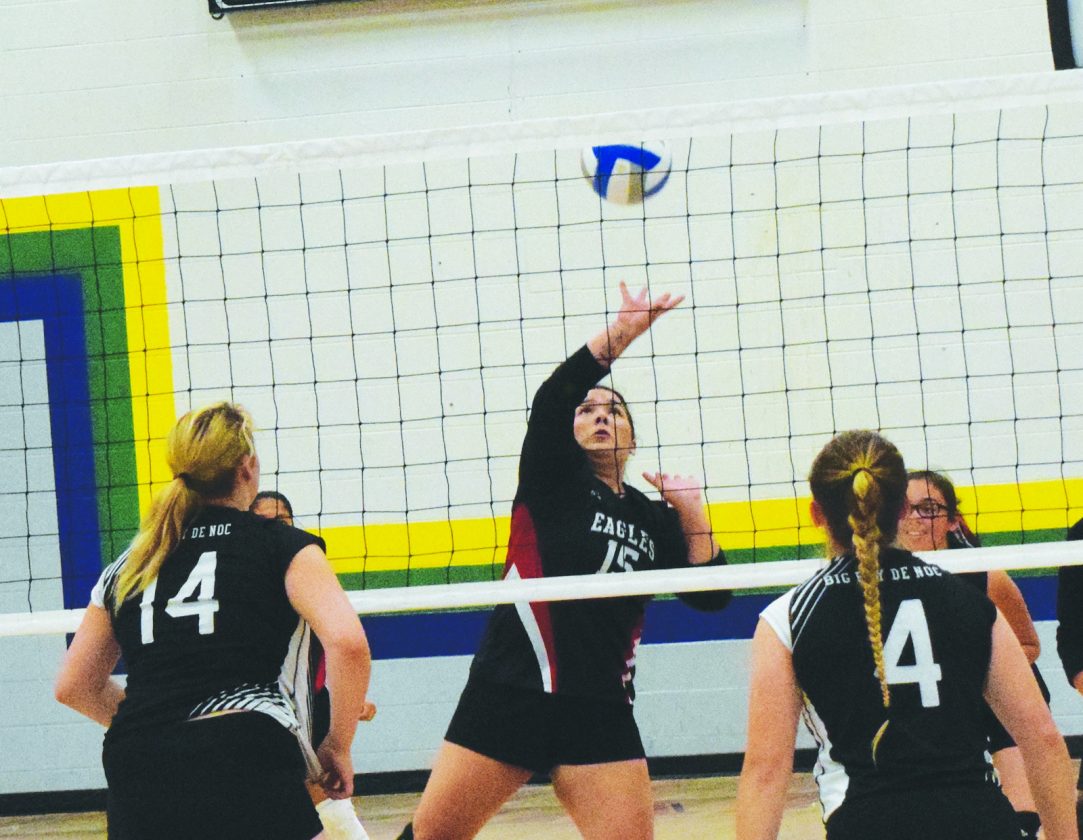 Hannahville was trailing 23-22 following a passing error in the fourth set.

Annileece Lofquist then tied the score with a block, then sent the Soaring Eagles ahead with a kill.

Brianna Malinowski then added a match-clinching kill as Hannahville improved to 4-6 overall and in the Northern Lights League.

“The block and kill by Annileece definitely gave us momentum,” said Hannahville coach Krystle St. John. “Our three seniors definitely stepped up. They really wanted it and kept pushing. Big Bay is good competition for us. I think we’re pretty evenly matched.”

Hannahville cruised through the first two sets before meeting more resistance in the third.

The Black Bears were up 13-11 in the third, then got a sideout on a kill by Larissa Jones. Senior Meagan Yonker followed with a four-point service run, including an ace to put them up 18-11.

Big Bay’s cushion reached 24-15 on a kill by Alix Bleau before Hannahville scored the next five points.

“I’m proud of the effort our girls put out there tonight,” said Big Bay coach Angie Paulson. “It took a lot for us to mesh together and we’re coming together. I think by coming back the way we did it shows the things we’re working on are starting to come together. There were some beautiful long volleys, but the block at the end of the fourth set stemmed the tide.”

Larson scored three times in the first half, helping Hannahville take a 5-0 lead into the intermission.

Spry opened the scoring on a roller from midfield and Mason Thunder added the second goal from the doorstep.

“We played better today than on Friday (in a 6-3 victory),” said Hannahville coach Dan Kleikamp.

“We were more focused and disciplined today, and we communicated better. Big Bay is a very young, but scrappy team. Their midfielders played well, but once we got around them we were able to take advantage of some things. The girl who played in net (Piper Jones) did very well.”

Yonker got the Black Bears on the board early in the second half. Braeden Thill, Joel Gillespie and Nick DesJarden also hit goals and Jones stopped 15 shots.

“To score four goals in the second half against a good team is huge,” said Big Bay coach Alex Ranguette. “No. 11 (Thunder) and nine (Larson) can really dominate a match. We played a lot better in the second half. The first half was not a picture of what kind of team we have. Piper made some nice saves. We’re very, very young. Our team is comprised mostly of seventh and eighth-graders.”