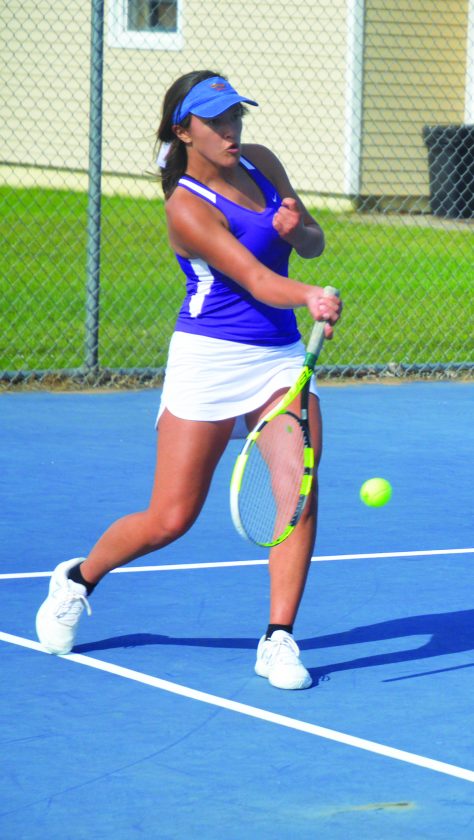 Austin Hemmingson | Daily Press Gladstone’s Andie Balenger hits a return shot during a No. 1 singles match against Escanaba Sept. 9 at Gladstone. Balenger was named All-State and All-U.P. in Division 1.

NEGAUNEE — Gladstone’s Andie Balenger put together a strong senior tennis season, good enough for her to be named All-State in Division 1 singles.

Balenger, who finished second at the Great Northern Conference meet, lost just one time during the regular season to Marquette’s Elysa Olivier.

Olivier, who finished her senior season undefeated and won three individual titles in her career, was named Player of the Year in the U.P. by the D-1 coaches last week in Negaunee before D-1 finals. She was also named All-State, along with teammate Mollie Kilpela. D-1 champ Marquette was named Team of the Year.

Negaunee’s Morgan Carlson and Katelyn Lammi were the only doubles tandem to be named All-State.