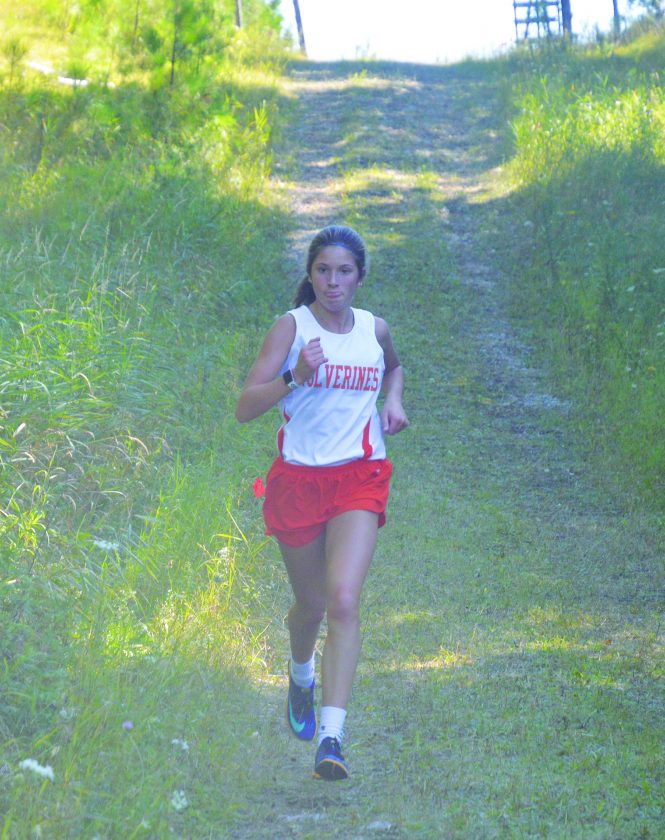 POWERS — The outcome of an area cross country meet boiled down to the fifth runner here Wednesday as the Rapid River boys squeezed past Norway 36-37 for the North Central Invitational title.

Senior Azariah Hernandez, the Rockets’ No. 5 runner, secured the decision by placing 12th in their season-opener. Norway’s fifth runner was 16th.

“It was tight,” said second-year Rockets’ coach Zach Truitt. “We hadn’t put a lot of miles in, but were able to squeak it out. I guess that’s today’s life lesson. Although, I was impressed with Norway’s team. You could tell some of their guys trained during the summer.”

Rapid River placed four among the top nine while Norway took four of the 10 spots.

“This is the first year we could run as a team,” said third-year Norway coach Raeanne Seat. “We have some new varsity runners and some middle school runners. The future looks bright. They trained real hard through the summer.”

“I’m really pleased with how it went,” said Cavagnetto, who was runner-up at Munising Aug. 20. “I love this course. They marked it real well. We haven’t had a meet in two weeks, but we’ve been training for the last two weeks, which is all you can do. I would like to have another grinder run. Taking second at Munising really helped me today.”

“This was a learning experience,” Snay said after his cross country debut. “Toward the end I got a little tired. I need to find a way to push through that. The heat from the sun made it difficult. It was a little more hilly in the shade, but it was also cooler and I was able to pick it up. I just tried to keep a pace the best I could. I need to control my pace a little more.”

“It was real hot out in the open, but felt good in the woods,” said Englund. “The zigzag was very challenging. It looked like you didn’t have far to go, yet it was so far. The last half-mile was mentally challenging. You’ve got to have a good mindset.”

“I was getting scared,” said Koski. “I thought she was going to come and get me. Once we got to the grandstand, I knew I had to really pick it up. It was nice in the shade, but very hot in the sun. I expected it to be a lot cooler. Although, it all worked out.”

“I knew it’d be tight when they (Mid Pen) went 1-2,” said Kingsford coach Dan Carey. “We were trying to run as a pack. We’re kind of happy where we’re at. It was a nice day for a run.”

“It was a good meet,” said Mid Pen coach Mark Branstrom. “Everything went well. Kennedy ran extremely well. No doubt, that’s the best I’ve seen her run, which is what we need her to do. Daisy is running real strong and Landry is coming on. I’m very proud of the whole team. Kingsford taking 3-4-5-6 was unbelievable. They looked really good.

“We had two boys in the top 20 (Nick Temple and Connor Constantino). That was impressive, I thought.”

Truitt said he was impressed with the effort by VanOss.

“Taylor was 13th at the hill,” he added. “She put five numbers down from the hill. She understands the game. She put in the miles and deserves her position. I was also impressed with Cecilia Pilon today. I thought she also ran well.”