Brewers shut out against Rangers 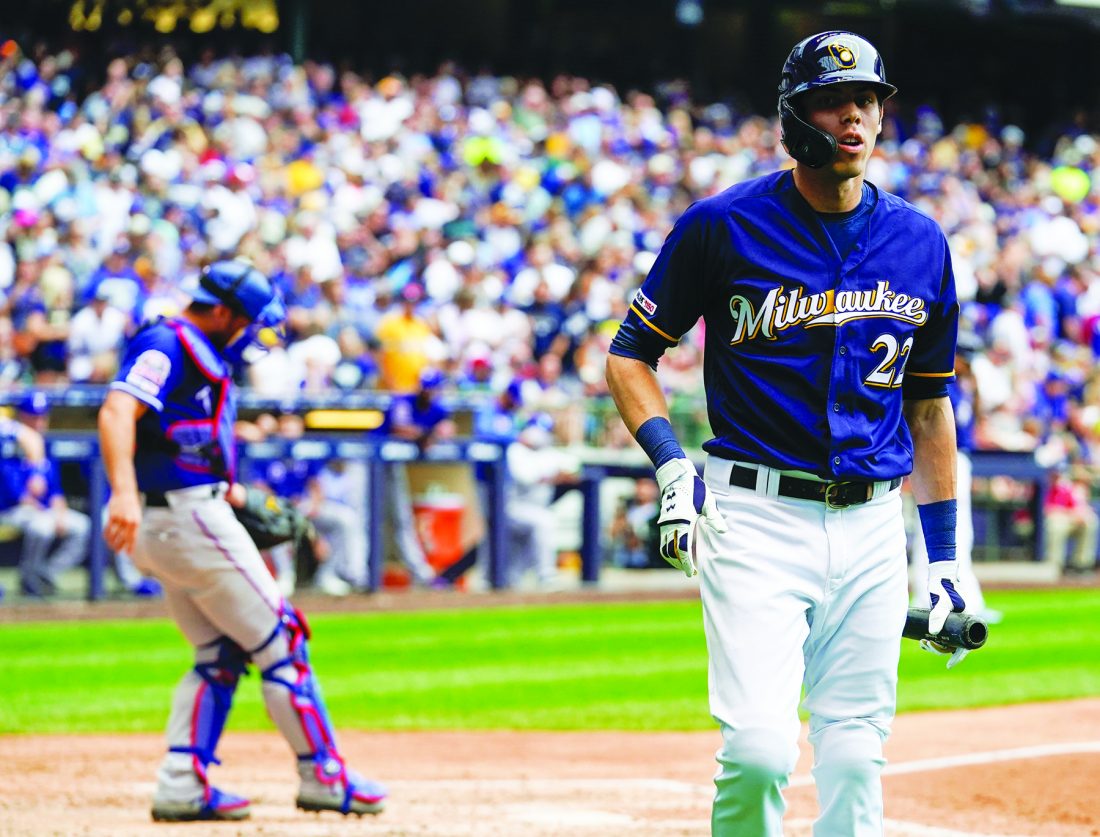 Minor struck out 11 in eight innings, and the Rangers beat Jordan Lyles and the Brewers 1-0 on Sunday to avoid a series sweep.

Minor (11-6) allowed four hits and walked one. JosÈ Leclerc finished the four-hitter for his eighth save, securing Texas’ second win in six games.

“He’s had some amazing outings for us this year,” manager Chris Woodward said of Minor. “I think that might be the top in my mind. I just felt like he dominated from the beginning.”

Minor issued a leadoff walk to Lorenzo Cain to start the game before retiring 11 straight and 18 of the next 19.

Yelich missed his fifth straight start due to back stiffness, but the reigning NL MVP batted for reliever Alex Claudio in the eighth.

“Before the inning started, I saw him in the tunnel,” Minor said. “I thought he might pinch-hit. … He’s probably not 100 percent. That might have affected him on a couple of swings, but we knew going into it that he might step up.”

The sold-out crowd of 44,411 greeted Yelich with M-V-P chants, but the slugger struck out swinging with Hern·n PÈrez aboard after a leadoff double.

“He was going to hit there no matter what,” Brewers manager Craig Counsell said of Yelich.

“We got him in the spot we wanted. It just didn’t pay off.”

Isiah Kiner-Falefa’s sacrifice fly off Lyles in the seventh accounted for the game’s only run. The fly ball to right drove in Willie Calhoun, who reached on a leadoff walk and advanced to third on Rougned Odor’s double.

“He always makes solid contact, but he’s been hitting the ball on the ground a lot,” Woodward said about Kiner-Falefa. “Today, he drove the ball to center field (in the fifth). Then when we needed it, got the sac fly, got the ball in the air, again.”

Lyles (7-8) allowed three hits, struck out nine and walked four. It was his first loss in three starts since he was acquired in a trade with Pittsburgh last month.

Ryan Braun had two hits for Milwaukee, which had won five in a row. The Brewers dropped 2 1/2 games back of NL Central-leading Chicago, which rallied for a 6-3 win at Cincinnati.

Milwaukee dropped to 10-1 this season when its starter pitches at least seven innings. Milwaukee had won each of its last 21 such games.

Texas outfielder Shin-Soo Choo walked twice for his ninth game this season with multiple walks. He is now tied with Joey Gallo (52) for the team lead in walks this year.

Brewers: Following an off day, Milwaukee hosts Minnesota on Tuesday. Right-hander Chase Anderson (5-2, 3.70 ERA) is scheduled to get the ball for the Brewers. Anderson has failed to earn a decision in each of his last four starts.