Indians’ offense too much for Red Wave 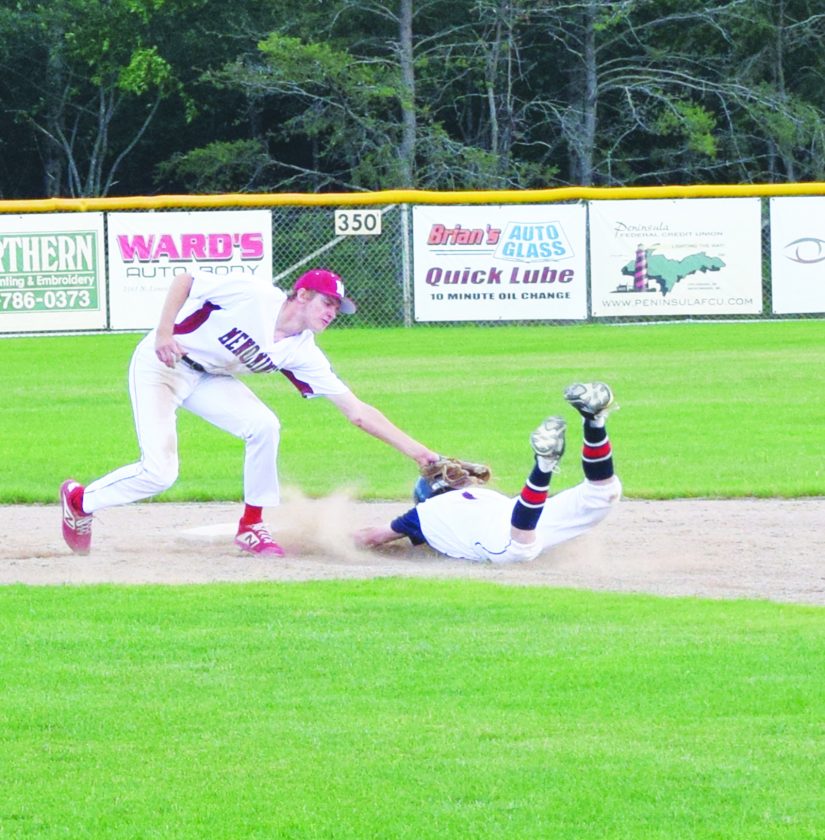 GLADSTONE — It was almost as if a storm had rolled back in as the Gladstone American Legion baseball team let its bats thunder to overcome the Menominee Red Wave 9-4 here Wednesday.

Gladstone’s Cooper Cavadeas smashed a solo homer in the first inning to get things rolling.

Menominee then tied the score in the second when Keagan Monroe snuck home after the Indians mistakenly began vacating the field after two outs.

With the score tied at 1 entering the third inning, Gladstone’s Dan Martin singled on a fly ball, and Jared Crow drew a walk to put two on base. Ian Schwalbach broke the tie with a three-run homer to give the Indians a 4-1 lead.

Gladstone added one more in the bottom of the fourth on a line drive single from Carson Shea that scored Ean Terrian.

“It was nice to see our bats come alive more than our normal offense,” Indians’ manager Justin Jurek said. “We started seeing some extra base hits, so that was good to see.”

Menominee’s Buddy Beyer cut the deficit to 5-2 in the top of the fifth with a line drive single that scored Ethan Russell.

The Indians (9-6) extended their lead in the bottom of the fifth, starting with a ground rule double from Schwalbach that scored Martin. After Parker Frappier loaded the bases with a ground single, Terrian drew a walk to score Crow. Schwalbach then scored on a passed ball, and Frappier scored on a sacrifice from Caden Alworden to increase the lead to 9-2.

Menominee (11-6) tacked on two in the top of the seventh on a passed ball and a single from Monroe that scored Alex Hanson.

Jurek was happy with how the Indians performed defensively.

“Defensively, we were solid pretty much the whole game,” he said. “We made all the standard and routine plays, and we didn’t shoot ourselves in the foot.”

Beyer took the loss for Menominee over four innings, allowing seven hits, one walk and five runs (four earned) while striking out two. Dante Sartorelli pitched two innings in relief, striking out two and allowing five hits, three walks and four runs. Monroe finished with three hits and an RBI, and Beyer notched one hit and an RBI.

“Overall, I’m very happy with the way they played. Jason Janquart, at the top of the order, stood out. He really hit some hard balls tonight. We’ve been working on our defense, and our defense played pretty well.”