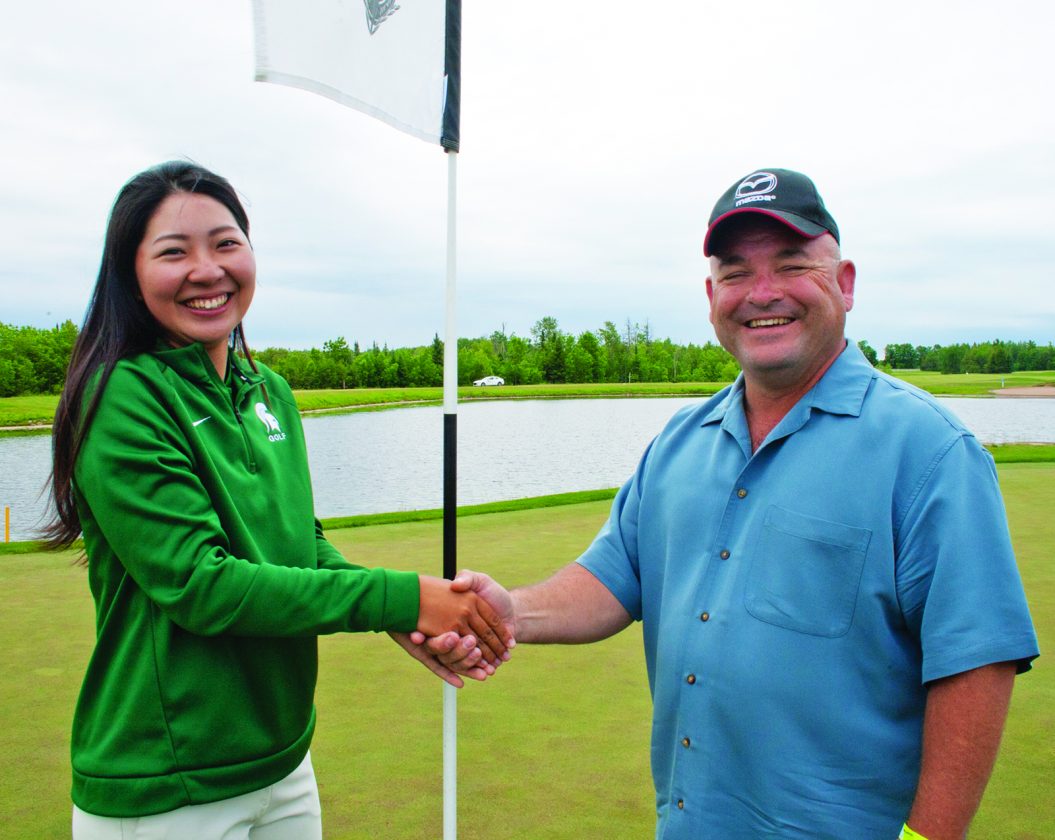 Yurika Tanida of Kanagawa, Japan, is congratulated by Terry Packer, General Manager of Halbinsel Volkswagen Mazda, Escanaba, after being awarded a 2019 Mazda 3 AWD for shooting a hole-in-one on hole 15 at Sweetgrass during the Island Resort Championship June 22. Tanida, a member of the Michigan State Women’s Golf Team who was featured in the Daily Press June 20, participated in the Symetra Tour event at Sweetgrass as a sponsor exemption. The car was delivered to Tanida in East Lansing in early July.