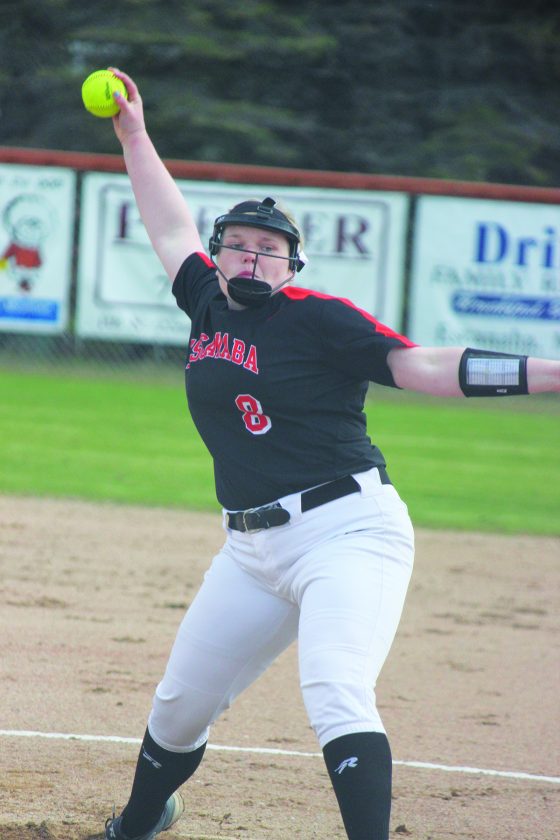 ESCANABA — Ever since softball became part of the Escanaba High School athletic program in 1997, it has been among the best and most consistent offerings in the state. Much of that success is credit to a tremendous Little League program.

Last year the Eskymos confirmed their elite prep status by winning the MHSAA Division 2 state championship, and they again are in the thick of this year’s championship picture. Esky belted South Haven 5-0 for the state title, after clipping Eaton Rapids 2-0 in the semifinals.

The Eskymos won their final 13 games last year to finish 31-3. Gabby Salo, then a sophomore, fanned 11 of the title game’s opening 13 batters and allowed three hits while punching out 13 batters. Salo and Esky yielded just two runs in seven postseason games. The six EHS seniors on that team compiled a 131-18 record in their four seasons.

Escanaba, ranked 50th nationally as the only Michigan selectee last year, was Division 1 state runner-up in 2003 and lost in the D-2 semifinals in 2016 and 2017.

Salo has helped the Eskymos to a 18-2 record in this weather-marred spring and Esky was ranked No. 1 in the state before losing to Kent State recruit Gabbie Sherman and D-3 top-rated Millington 3-0 Friday in Escanaba. Sherman, another of the state’s prime pitchers, also throttled Esky 2-1 last year.

The Eskymos rebounded from Friday’s loss in grand style on a frigid Saturday, whipping Marshfield, Wis. 9-5 and then clipping arch-rival Gladstone 7-0 behind a perfect game by Salo, who whiffed 14 batters. Salo also threw no-hitters against Marquette Monday and Gladstone Tuesday, giving her three straight.

Gladstone manager John Nevala said “if her control is good and she can get the corner called, she can be called unhittable. We had been hitting the ball pretty good until we faced Gabi.”

Salo demonstrated better location and control against Gladstone than the previous night’s rare loss. “She is in a class of her own,” said Nevala. “She has to be one of the top pitchers in the state. She had very good movement.

“She has excellent speed (around 64-65 mph) and an excellent changeup. She changes speeds so well. She probably has three different speeds. You can’t really dig in on one location at the plate.”

This season Salo is 12-1 with two saves and sports a dominating .019 ERA. She has struck out 161 batters in 83.2 innings, but has also issued 10 walks and hit four batters during wicked spring conditions the opening month.

A University of Wisconin recruit since last spring, Salo felt she threw well against Millington and Gladstone, but indicated she was “pretty tight” in the freezing opener. She said her curveball and changeup worked better against Gladstone.

She didn’t pay attention to keeping Gladstone off the bases. “I try not to think about those things. I feel like it is a jinx,” she said.

Salo worked hard last year to develop her back-breaking change and now terms it her favorite pitch. “It is spot-on,” she said. “It throws the hitters off their game. I go out, focus and attack the hitter. I like getting swinging strikes.” She is not afraid to use her change on a 3-2 count.

She fires her fastball down-and-in or inside-and-high and loves to get her pitches inside on the batter’s fists.

The Esky first-year manager is her father, Gary, who was the pitching coach for the Eskymos last year under Jamie Segorski, who resigned as coach just as practice began for the title defense. Gary and Gabi have been together for several years on different summer travel teams.

He signals the pitches from his dugout perch, using input from his daughter and junior catcher and Ferris State commit Dakota Cloutier, who also handled that spot last season.

Expect that quartet to lead the way this weekend when the Eskymos play in a highly-competitive 20-team invitational tournament in Ann Arbor. The strong field is what the Eskymos search for in compiling a schedule, with trips into Wisconsin and lower Michigan to find high quality opponents.

Referring to other top hurlers, along with Millington’s circle ace, Gary Salo said “we want to go up against elite pitching if we want to go to the next level.” And now, with a state title, he said the Eskymos know “we are going to get everybody’s best game.”

After Friday’s loss and the twin wins Saturday, the Esky skipper said “our kids are very resilient. We licked our wounds.”

Gabi Salo began pitching at age 10 when her youth coach asked if anyone wanted to throw. For many years she has received extensive coaching from Pat Brower in Ann Arbor. “He has developed Gabi into the pitcher she is,” said her dad. “It is well worth driving six-and-a-half hours each way.”

Gabi Salo began her travel ball experience with the Escanaba Heartbreakers at age 10, then joined downstate teams, playing with Wixom Finesse the past three summers. The opportunity to play against quality travel teams in addition to high school has been crucial to her development.

Travel ball has taken the Salos to Atlanta, Huntington Beach, Calif. and Boulder, Colo. in addition to such destinations as the Grand Canyon. Gary Salo drives the family RV everywhere, with just father-daughter on most jaunts.

“Softball has given us a summer-long vacation,” said Gary Salo.

“Definitely travel ball has helped me see parts of the country I would never get to see,” said Gabi, who plans to enter the nursing field at UW and works at Christian Park Nursing in Escanaba. She also bowled for EHS and participates in dance, saying she would skip a softball game but would not skip a dance recital.

“The travel ball and high school competition is pretty equal,” she said. “We play the best competition there is in the country.”

Escanaba, which also excels in the classroom (a state-best 3.83 GPA), knows a title repeat will be difficult to achieve because teams like Richmond, Muskegon Oakridge, Eaton Rapids, Spring Lake, Detroit Country Day, Freeland and Lakeshore are very dangerous.

“It is not a seven-game series. They are seven inning games,” Gary Salo said of the postseason dynamics.

“A lot of teams are playing really, really well,” he said. “Any team has the opportunity to get lucky like we did.”

Editor’s note: This article was written for the MHSAA’s web site Second Half by retired Daily Press sports editor Dennis Grall and provided to the Daily Press.