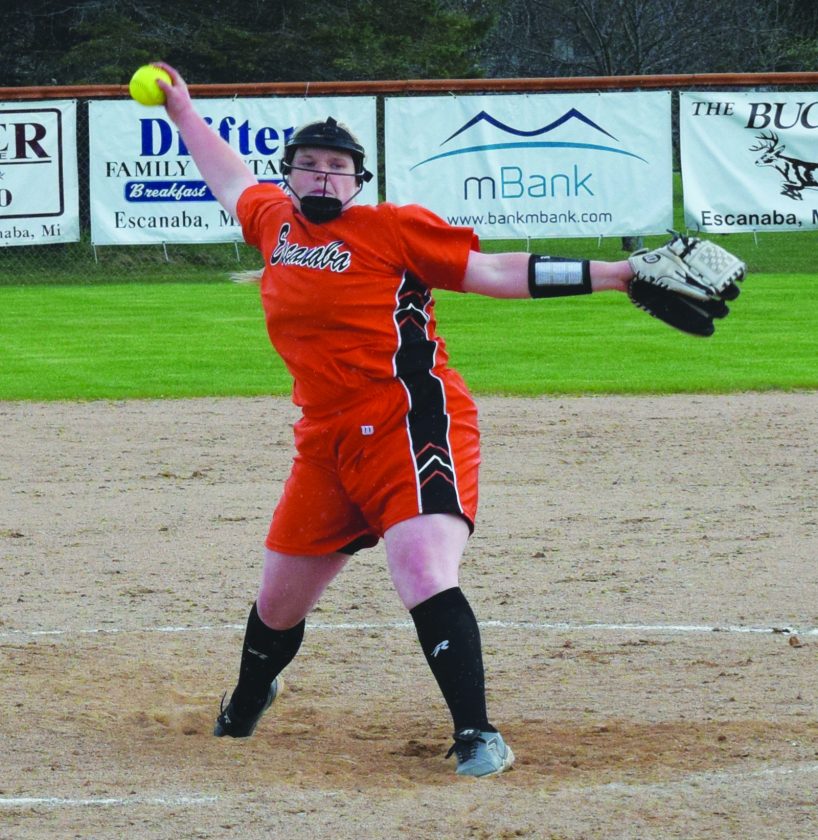 With the two victories, Esky officially clinched the GNC championship over the Gladstone Braves.

“Any time you can win a conference title, especially as we’re just starting the conference, it’s good for the girls,” Esky coach Gary Salo said.

The nightcap saw rain, shine, wind, the occasional flash of lightning in the distance and Gabi Salo adding another perfect game to her resume.

“Esky is ranked number one in Division 2 for a reason,” Reddettes’ coach Paul Seibert said. “Salo’s an amazing pitcher. We tried bunting towards the end of the second game and put some balls in play, but she’s a great pitcher.”

Esky took the lead early when Salo singled on a fly to left to score Lexi Chaillier. Maddy Block added one more when she singled to push Ashley Sylvester home.

The Eskymos then tacked on four more runs in the third and in the sixth.

Salo earned the win over six innings, punching out 16 while allowing no hits. Block went 3 for 3 and notched three RBIs, and Dakota Cloutier also went 3 for 3 with two RBIs. Heather Bergstrom, McKenna Bullen, Chaillier and Salo all grabbed one RBI.

Esky (26-3) also took an early lead in the first inning in the opener. Cloutier got things started with a solo home run. Block then flied to center to score Sylvester and Bullen to add two more.

The Eskymos grabbed one more run in the second on a sacrifice fly that scored Jalin Olson.

“We need to be more focused at the plate,” Seibert said. “Having one hit against her in 11 innings is not good enough, no matter how good she is. We’re going to work at it, and I thought defensively, we played fine other than a few miscues. We kind of battled through most of it. It’s hard to generate offense against her, but we tried our best. We’re going to keep getting better.”

Esky added six more in the third, and the game was called at the end of the fifth inning.

“Our defense is playing really solid right now, and our pitching’s been great,” coach Salo said. “It’s just a matter of keeping those bats as hot as we’ve been. When you put runs on the board, and you’re putting people on, that’s the main thing in the postseason — scraping out that first run. We’ve prepared ourselves with the travel we’ve done, and hopefully, we’re ready for the playoffs.”

Salo earned the win over five innings, allowing just one hit and one walk while fanning 12. Cloutier notched three RBIs and went 2 for 2, and Nicole Kamin finished with two hits and two RBIs. Block and Chaillier both collected one RBI.

McIntire took the loss for Marquette over four innings, allowing 10 runs (seven earned) on 10 hits and four walks while striking out four.