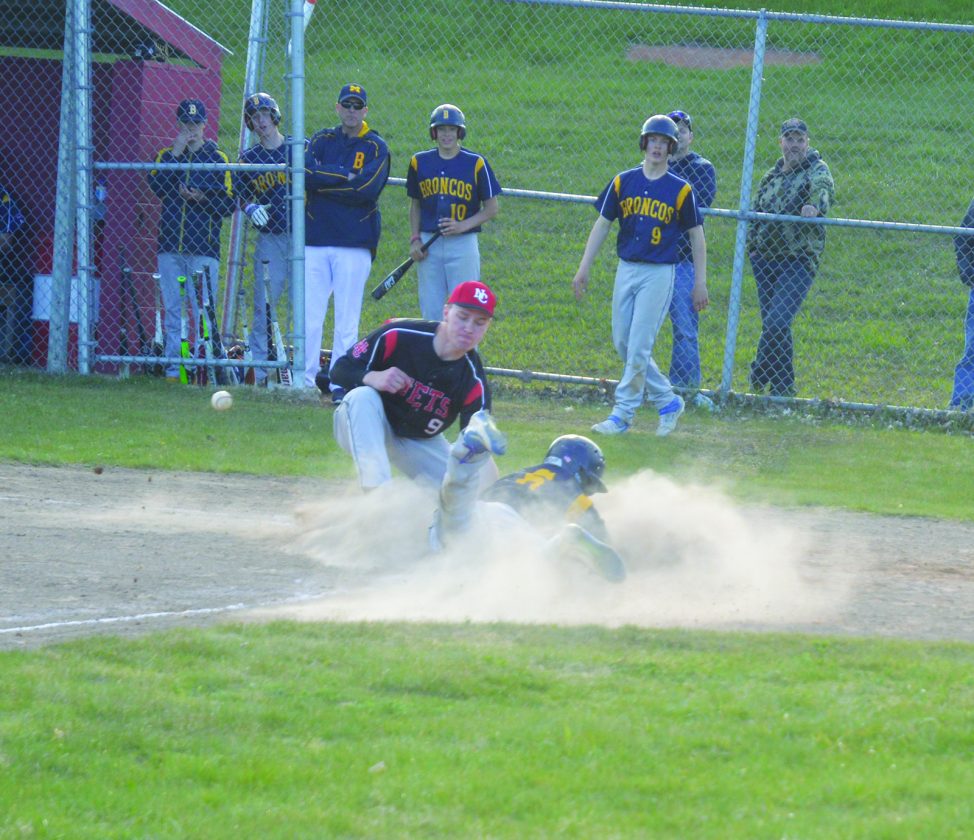 HERMANSVILLE — It wasn’t always pretty, but solid base running was the difference for the Bark River-Harris baseball team in a 5-2 triumph over North Central here Monday evening. The Jets won the opener of the doubleheader on a walk-off home run by Noah Gorzinski.

In the nightcap, the Broncos scored three of their five runs on passed balls or wild pitches. Aidan Johnson scored their first run in the top of the third inning, making it all the way around the bases without BR-H putting the ball in play once.

Johnson walked to lead off the inning, stole second, advanced to third on a wild pitch and then scored on a passed ball. Jackson Bower drove in a run with a RBI single to right field later in the inning to make it 2-0.

After the Jets (2-7) got a run back in the bottom half on Wyatt Riley’s RBI single to center, the Broncos (7-4) tacked on three more in the fourth.

Dylon Lippens reached first on a throwing error by Jets’ second baseman Carter Tietz to lead off the inning, then scored on a single to center by Travis Mack. Johnson got hit by a pitch in the next at-bat, then BR-H put on a double steal to put runners on second and third. Mack and Johnson both scored immediately after on a wild pitch by Brady Eichmeier to make it 5-1. Johnson scored all the way from second base after getting a sizeable lead, just beating the throw to Eichmeier at home plate.

“We ran the bases well. We stole I don’t know how many bases, then we took some extra bases on balls in play and things like that,” BR-H coach Al Botwright said. “We’re not hitting the cover off the ball and we’re still striking out too much, but we did enough to actually get a win, so that was satisfying.”

On the flip side, North Central had a lot of self-inflicted wounds.

“We had a freshman catcher so we knew it was going to be this way,” Jets’ coach Chad Holle said. “The first game was kind of the same way. Wyatt struggled finding the plate and walked in a couple of runs.”

The Jets trimmed their deficit to 5-2 in the fifth on Riley’s second RBI single of the game, but BR-H’s Devin Racicot worked out of a jam with runners on second and third and two out to limit the damage.

“I went out to the mound during the inning and told him this was his last inning,” Botwright said.

“Then it got to be where they got another runner on, and I told him, ‘hey, this is your last batter one way or another,’ and he got him. So, he absolutely finished strong and allowed us to bring a new pitcher in fresh to start the bottom of the sixth.”

Mack came on in the sixth to finish it off, getting the Jets to go three-and-out.

“He settled us down after losing that first game. We were pretty demoralized after giving up that walk-off homer in the bottom of the sixth. You’re going to come through a lull in a game like that, where it was back-and-forth and back-and-forth. We had a lead for a while there, and then not only do you lose the lead, but you end up losing the game,” Botwright said. “He settled us down, not allowing North Central to get an early lead, which might have put us behind the 8-ball, quite frankly.”

Ian Gorzinski took the loss for the Jets, giving up two runs on one hit while walking seven and fanning six. Eichmeier allowed three runs (zero earned) on two hits while punching out four and walking one. Riley had two of the three Jets’ hits and both RBIs.

“As far as hits, we didn’t have a lot, but we’re getting the bat on the ball a lot more than what we’ve had in the past. I’m happy with where we’re at — we’re making progress,” Holle said.

Noah Gorzinski’s walk-off homer in the opener came right away in the bottom of the sixth. With the game tied at five, he led off the inning by blasting a home run over the left field fence on the second pitch by Bower, who just came in.

“He was 3 for 3 in that game with a double and a single too. That’s the best game he’s had all year,” Holle said.

Nick Javurek pitched the first five innings for BR-H, which led 5-4 entering the bottom of the fourth. He allowed five runs (zero earned) on four hits while fanning six and walking three. Javurek and Carter Zawacki each had two hits.

The Jets visit Stephenson today, while BR-H visits Marquette for a doubleheader Friday. 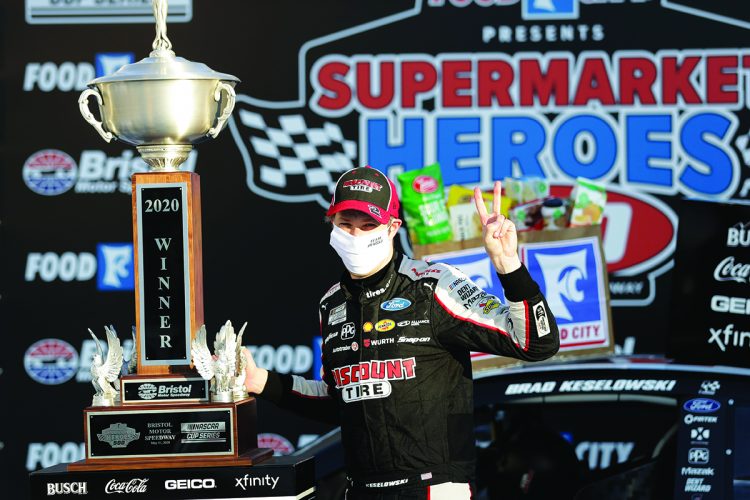 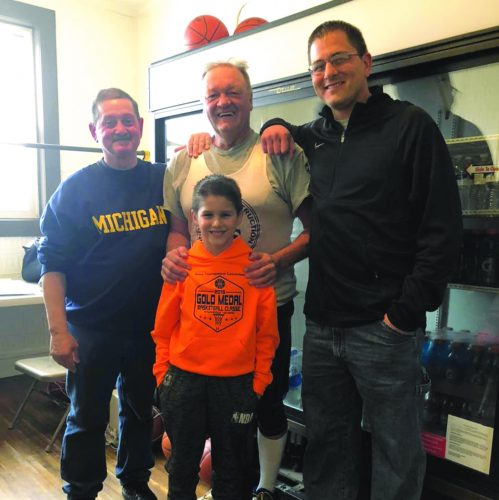