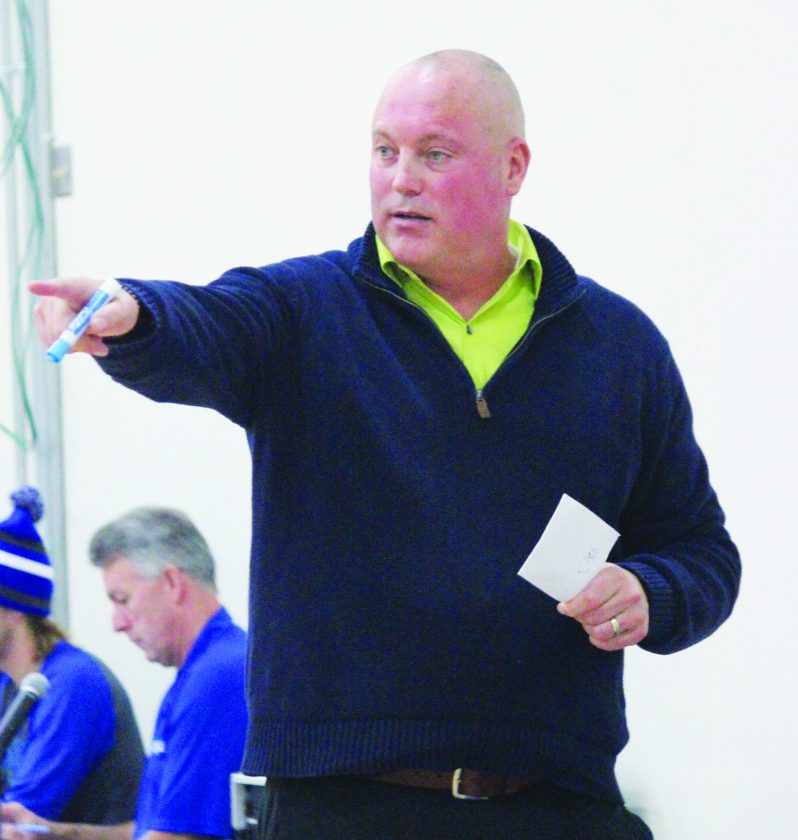 GLADSTONE — For a lot of the public, Rob Robinson is known mainly as the women’s basketball coach at Bay College.

Robinson had great success leading the Norse in his first year at the helm in 2018-19, leading them to a 21-8 record and a birth in the NJCAA Region 13 title game.

However, Robinson does much more in Delta County than coach basketball. He also works at the Terrace Bluff Golf Course in Gladstone and teaches golf lessons.

Robinson is working with the Delta County Junior Golf Association, which will be offering free lessons for golfers age 9 and up in conjunction with its tournament during June and July.

Robinson has been in the golf industry for over 20 years, beginning in 1996 when he started his career as the women’s basketball coach and golf instructor at Northland College in Ashland, Wis, where he taught hundreds of students and staff how to enjoy golf. Soon after, he started working with Chequamegon Bay Golf Club, where he helped developed a junior golf program and coached with the Ashland High School team.

“I started golfing late in life, really,” Robinson said. “I didn’t start until I was a college basketball coach. I started teaching golf shortly after that, and over the years I’ve developed my teaching style through lessons.”

Robinson went back to Ashland in 2014, where he had a great opportunity to take over as the director of golf operations at its golf course.

“In 2014, I really had a good opportunity where I went back to Ashland, and they asked if I could run their course,” he said. “It gave me a lot of experience along those lines, and got me into coaching the college golf team at Stout. I had a lot of success at course management and helping kids get better at golf there.”

Robinson was the UW-Stout men’s golf coach for three seasons from 2015-18. During his time, his team moved from 95th nationally and 24th regionally in 2015, to 52nd nationally and sixth regionally in 2016. His teams have three of the top 10 single-round scores in school history, and his players have 14 of the top 20 scores in school history, including breaking or tying the school record seven times by four different players.

Robinson then took over as the golf director at Tanglewood Greens in Menomonie, Wis. in 2017, and at Princeton Valley, Eau Claire, Wis. in 2018.

Last fall, Robinson and his wife, Diana, moved to Gladstone when he took over the women’s basketball team at Bay, and also started working at Terrace Bluff. He will be offering individual and group lessons to all ages throughout the season.

“Doing the junior golf programs is what got me rolling,” Robinson said.

“Matt (Johnson, Bay athletic director) and I ran into each other in July and got talking, and that’s when I decided to move up to Escanaba and Gladstone.

“Matt and I were talking, and I started going around to a few courses to see if there was an opportunity for that as well. When I got to the Bluff, I thought it was a great place and a good fit for me. I gave Tony (Pouliot, Bluff owner) my resume and my information, and two weeks later he gave me the job. He’s been a great person to work for.”

“Diana got into the school district teaching at Mid Peninsula, we’ve had the basketball success, and hopefully, we have some good opportunities at the golf course too,” he said. “Escanaba and Gladstone have been very welcoming, and we’re excited to see what the future holds here. I’m very happy with the move.”

Robinson says his main goal with the golf program is to help junior golfers and make golf enjoyable for everyone.

“A big goal for the Bluff this year is to enhance the junior golf experience in Delta County,” he said. “I’m hoping to give a lot of lessons and help people enjoy golf as much as they can, and I hope it’s something they can enjoy for the rest of their life.”