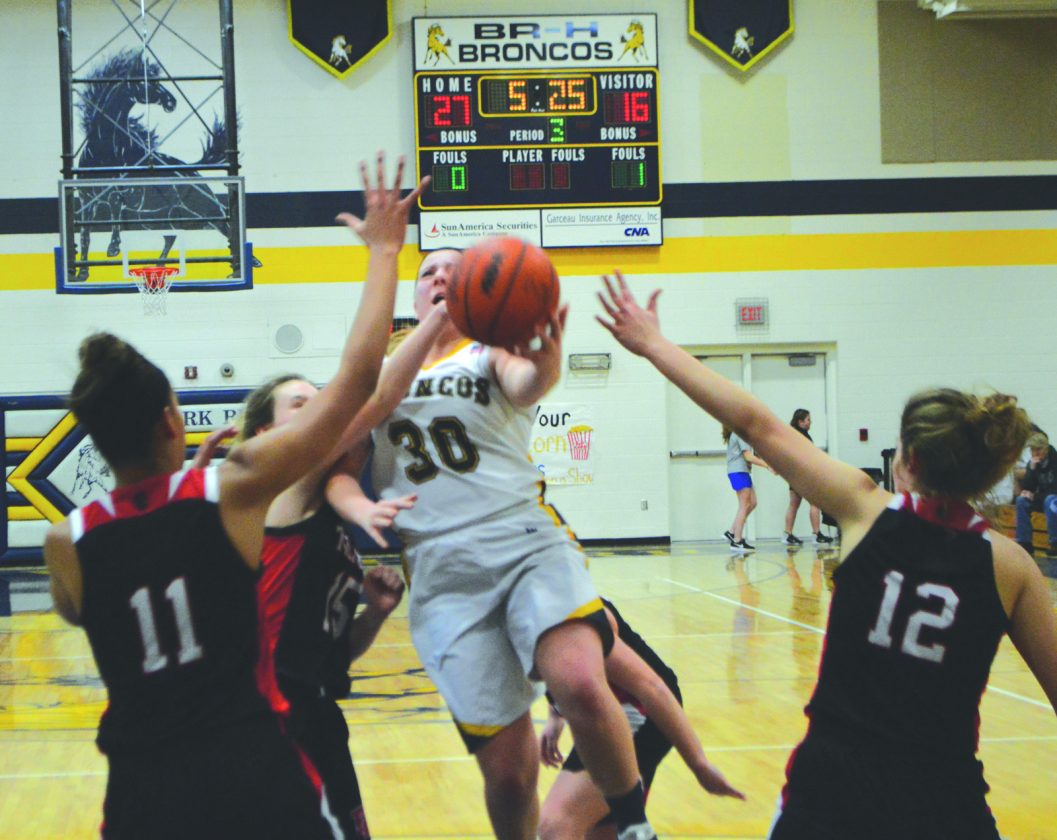 This Skyline Central Conference game was decided in the last three minutes of the final quarter.

With 2:33 left on the clock, Forest Park’s Mercedes Simmons hit two free throws to trim its deficit to 38-34. The Trojans couldn’t capitalize on their momentum as the Broncos played keep away for the remaining time.

The first quarter started out slowly. Sydney Honkala of Forest Park (9-7, 7-4 SC) hit two free throws after two minutes to put the Trojans on the board. Neither team scored again until five minutes in.

“Defensively, we started off pretty intense,” BR-H coach Josh Eagle said. “I thought we did a good job of closing down lanes and shutting down post play. We had a lot of full court pressure that I think shook them a little bit.”

Grace Peterson put the Broncos on the board with 3:14 left and initiated an 11-0 scoring run over the remainder of the quarter. They led 11-2 at the end to the first period.

“We fell apart in the first quarter,” Trojans coach Jackie Giuliani said. “The pressure scared us a little bit.”

“During halftime, they realized what they needed to do to get past (the pressure),” Guiliani said.

The fourth quarter started with Bark River increasing its advantage 36-26 in the first two minutes. The lead traded off for the next few minutes until Simmons put back a shot with four minutes left to cut the Broncos lead to 38-30.

“Once we got it over half court, we had some trouble hanging onto the ball,” Eagle said. “We were dropping a lot of balls, but that’s something we have to work on.”

Over the next minute and a half, Simmons went 4-of-6 at the line to pull the Trojans within striking distance at 38-34.

With just over a minute left, Ferrara hit a jumper to trim the deficit to three. Seconds later, Lauryn Bloniarz pushed the Broncos’ lead back to 41-36.

Allison Richer then sunk two free throws on the Broncos’ next possession to make it 43-36 with 45 seconds left.

Bark River kept its hands on the ball as much as possible to run out the clock.

“They caught us on our heels at first,” Giuliani said. “I thought ourgirls did a good job of containing their emotions and coming back to fight. They didn’t give up.”

Simmons led the Trojans with 15 points and Dalas Loehr added 10.

Bloniarz was the scoring leader for the Broncos with 12 points and Demers finished with 10.