Kleimans roll along in Crandon 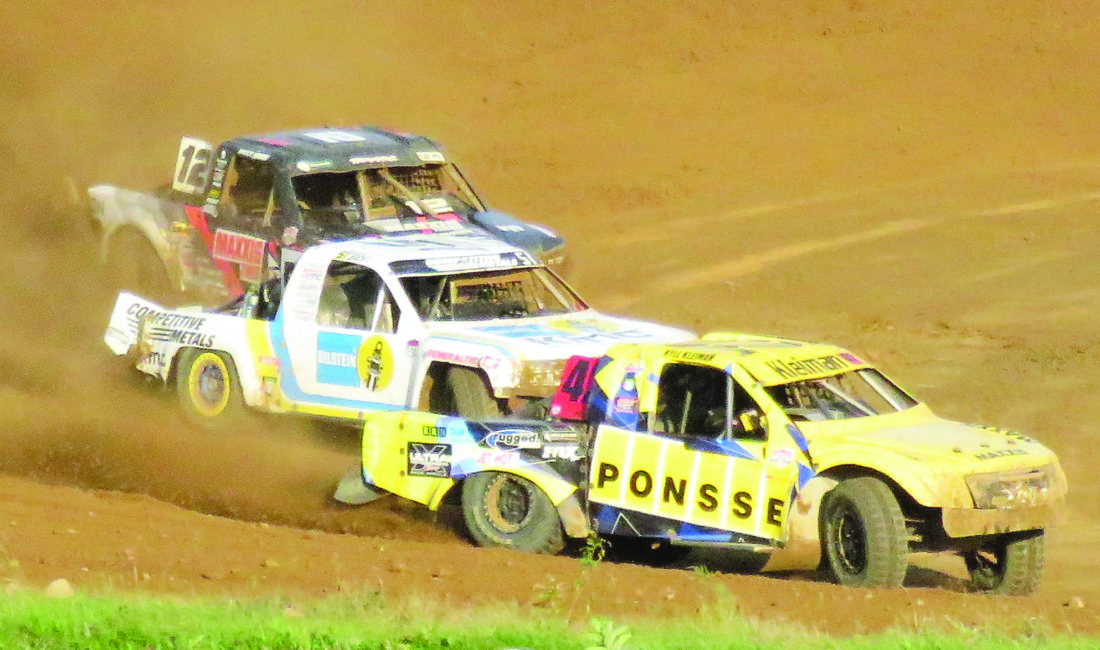 Courtesy photo Kyle Kleiman leads the pack into a turn at the 49th World Championship Off-Road Races in Crandon. He won the Pro Light Division for the second straight year. His brother, Cody, finished second.

CRANDON, Wis. — Brothers Kyle and Cody Kleiman of Wilson recorded a first at the 49th World Championship Off-Road Races here this weekend by finishing one-two for the second straight year in the Pro Light division.

Kyle emerged from a three-way tie for second place, just one point back, to win the final race Saturday in round seven and claimed the season title, with his brother second.

It is the first time brothers have finished one-two in consecutive seasons.