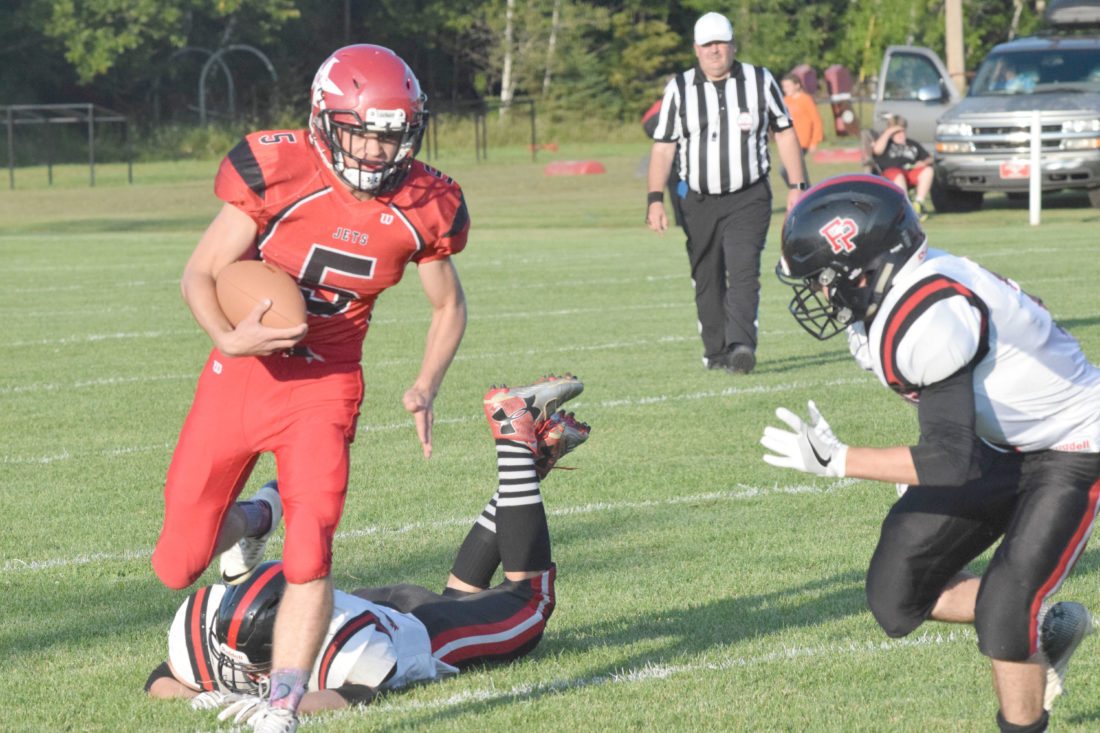 MARQUETTE – The Western Eight Conference is arguably considered the best Eight-player football league in the state.

And why not, with two-time defending state champion North Central and state powers Rapid River, Stephenson and Forest Park in the mix. Throw in a competitive dark horse like Superior Central and it makes for some competitive and interesting games. 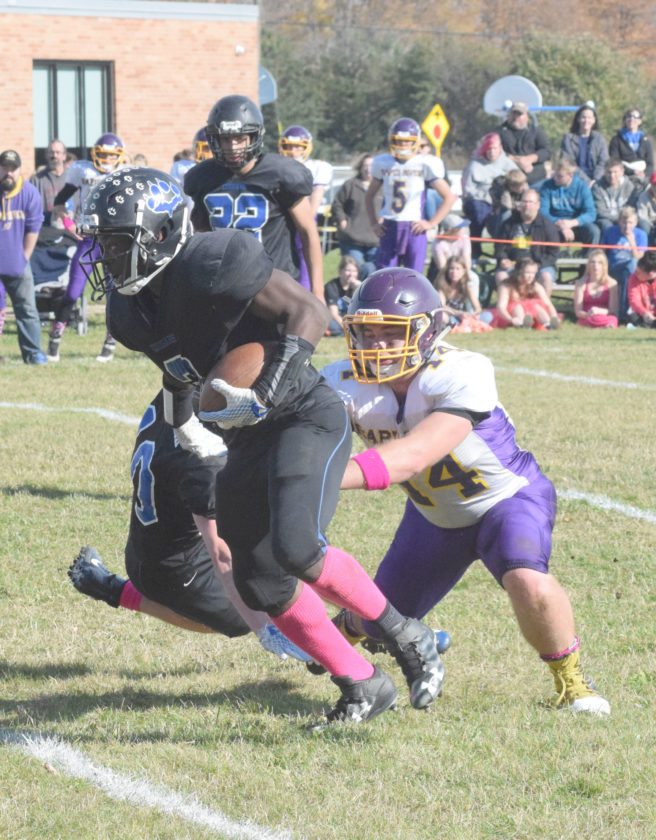 Riley completed 110-of-177 passes for 1,158 yards, 24 touchdowns and seven interceptions. He also rushed for 433 yards and seven TDs to spark the Jets’ offense.

Dombrowski was the ringleader on North Central’s defense at linebacker.

Hanchek was a key pulling guard and two way linemen who helped the Jets with six straight games at the end of the season before a playoff loss to Forest Park.

Bentley was another key two-way player for the Jets, who boosted the secondary with his hard-hitting and fast style of play. 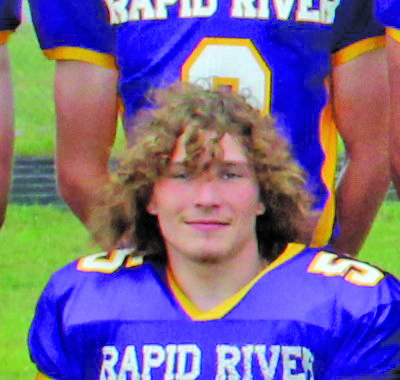 Hardwick led the Rockets as a two-way end with his size and physical play. He had 26 catches for 614 yards and 10 touchdowns in seven games, missing two games due to injuries. Hardwick recorded 52 tackles and five sacks, blocked four passes and had 10 stops for lost yardage.

“He is such a difference maker,” Rockets’ coach Steven Ostrenga said.

Harris excelled as an aggressive two-way lineman for the Rockets. He had 74 tackles, 14 for lost yardage.

“Look up defensive player in the dictionary and that’s Gavin Harris,” Ostrenga said. “He got banged up at times this year, but he never quit.”

Sundling averaged 41 yards as a punter and booted an 80-yarder and 70-yarder during the season. He also returned three kickoffs for TDs. 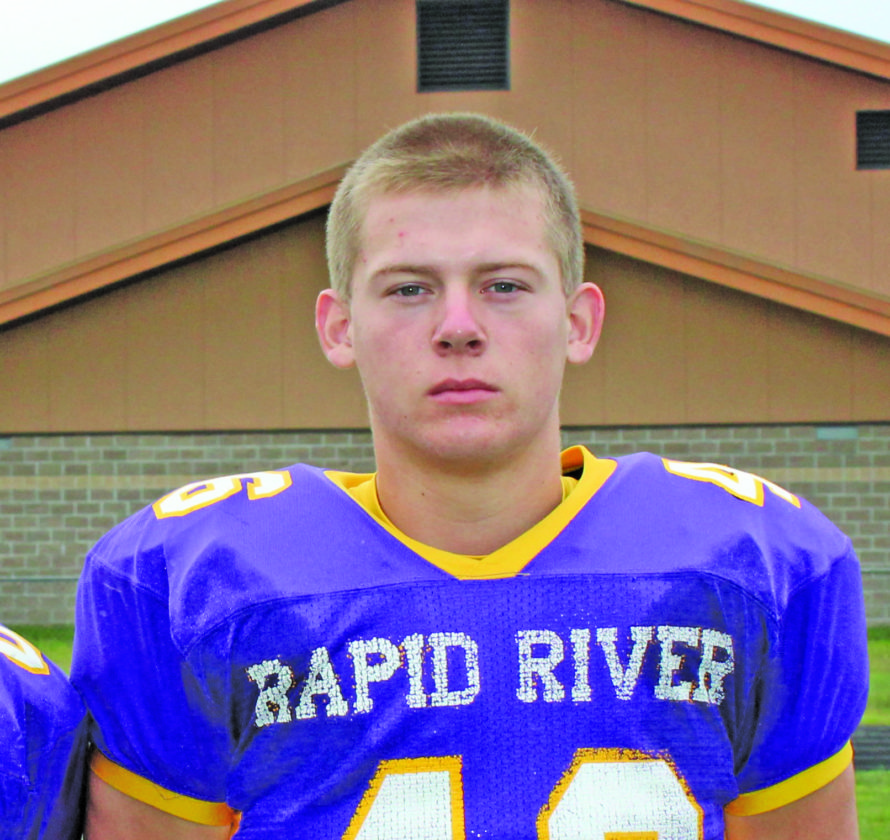 “He gave us good field position all the time,” Ostrenga said about Sundling’s punting.

Orth was a mobile and physical player at center who had only one bad snap all season.

Fink was a difference maker for the Cougars on offense, defense and special teams. The speedy running back carried 97 times for 1,332 yards (13.7 average) and 14 touchdowns.

Stephenson’s Montrell Glover was the Eight-Player Offensive Player of the Year and was voted to the specialist position. The speedy two-way standout carried 93 times for 1,194 yards and 21 TDs and caught 19 passes for 525 yards and eight TDs. He returned four of his eight punts back for touchdowns. 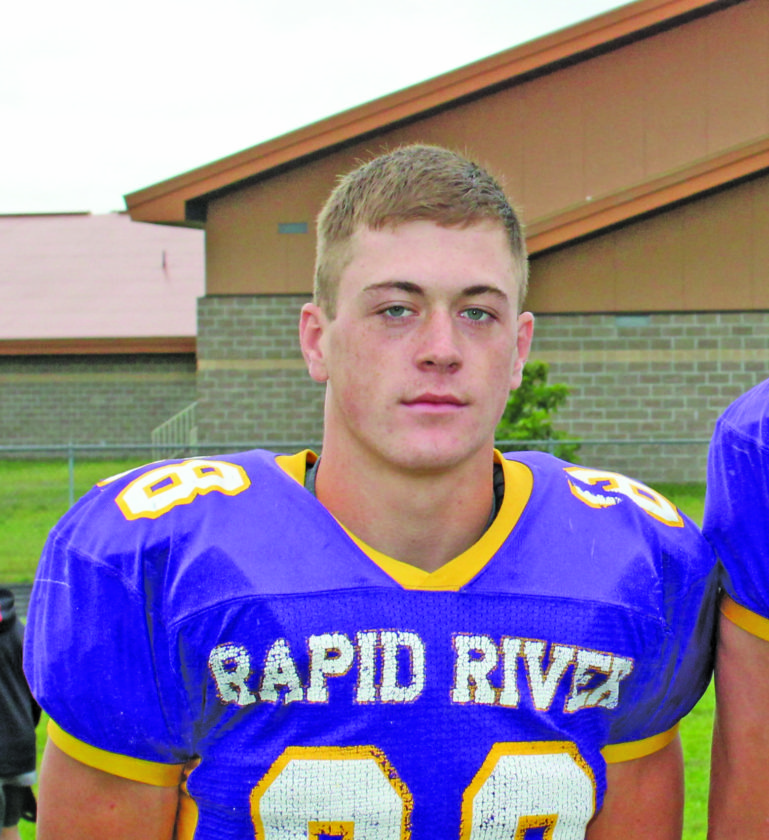 Forest Park’s Peter Ropiak was the Defensive Player of the Year. After missing the first three games due to injury, Ropiak was a force for the Trojans with an average of 7.5 tackles, 10 sacks, and 21 stops for lost yardage.

The rest of the offensive Dream Team included linemen Garrett Dodds of Pickford and Robert Ponchaud of Forest Park.

Engadine’s Scout Bigger, Forest Park’s Connor Bortolini and Glover were the running backs and Ontonagon’s Jake Witt joined Hardwick at the other end. 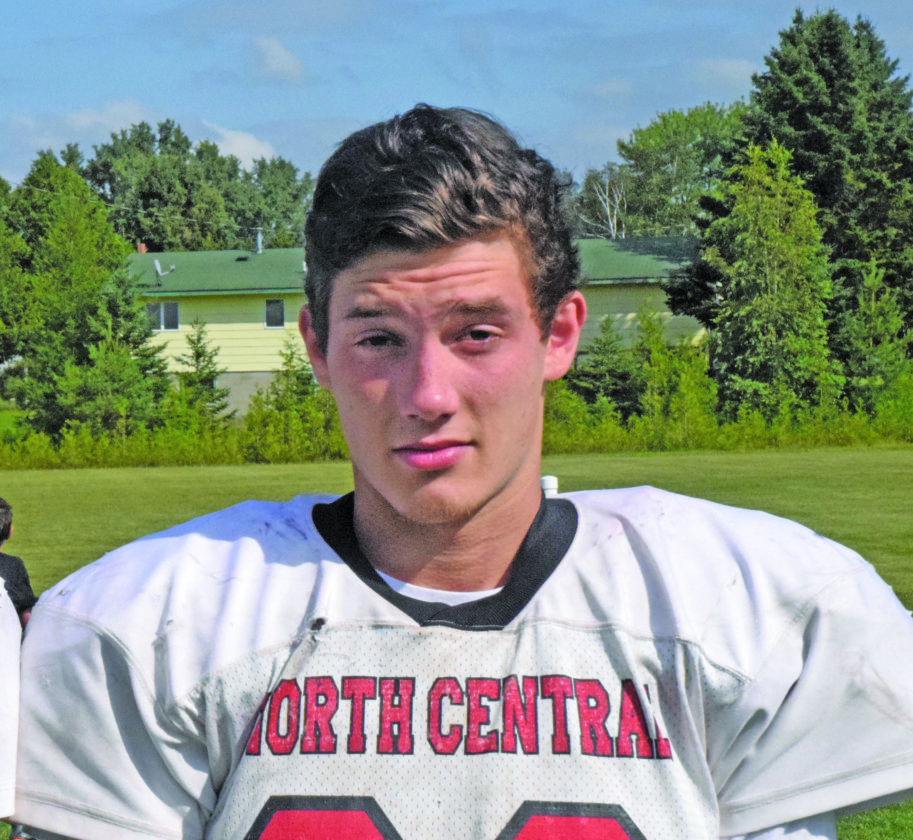 Pickford was the Team of the Year and Forest Park’s Dave Graff was selected Coach of the Year. Superior Central’s Sam Eggleston received special mention for two or more votes and North Central’s Kevin Bellefeuil and Ostrenga were honorable mention.