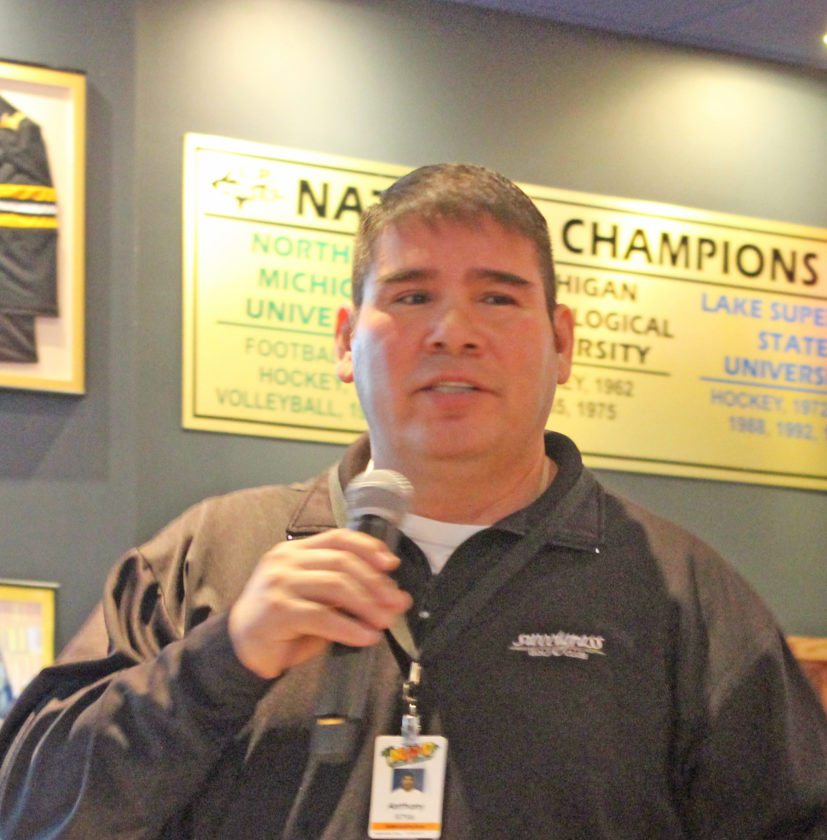 ESCANABA — Island Resort and Casino general manager Tony Mancilla has good news to share — the Symetra Tour will return to Sweetgrass Golf Course in 2018 and 2019.

Mancilla said the Tribal Council unanimously approved completing the last two years of a three-year contract to bring the women’s professional golf tour event back to the area.

“It’s a big deal for the casino and promotes us as a resort,” Mancilla said about the upcoming eighth and ninth years of the event. “We are happy to keep it. We are happy our Tribal Council supports it. It only gets better every year.”

Last October, a one-year deal was signed with a two-year option beyond 2017. Mancilla met Monday with the Tribal Council and discussions led to approving the final two years of the contract.

The potential sticking point was the possible adverse effect from last weekend’s Thornberry Creek LPGA Classic in Oneida, Wis. There were concerns about sponsorships and access to Fox Valley media as the LPGA Tour conducted its first event in the Green Bay Area only 10 days after the Island Resort Championship at Sawgrass.

The LPGA Tour is the top women’s professional tour.

The Symetra Tour is the next level down with some of its top money winners at year’s end earning automatic exemptions onto the LPGA Tour.

“Everything went great except for the rain,” Mancilla said. “The sponsors are still there and everything went well. We were very appreciative (the Symetra Tour) was sympathetic to our situation with the LPGA. I think honestly, it hasn’t affected us.

“Our sponsors are all local and we have a few in both that are big companies. We have a real good sponsor base that loves the event. After they come off the pro-ams, they are ready to go again.”

Mancilla said there were no concerns with the media out of Green Bay and its coverage and promotion leading up to this year’s Symetra Tour event.

“We met with them and they are interested in coming back,” he said.

Mancilla said the positives to keep the Symetra event going continue to be strong: The players enjoy the course, as well as the accommodations, restaurants and services all on the same property at Island Resort Casino.

“(Thornberry Creek) goes out nine and comes in nine and is separated by a big lake,” he said. “Our course is built for spectators. You can see a lot in some concentrated areas and players crisscross by you.”

Mancilla said the Island Resort Championship will remain on the final week in June the next two years in a good spot on the Symetra Tour schedule. The players head to Harris from the Decatur-Forsyth Classic in Decatur, Ill., and depart for the Tullymore Classic at Canadian Lakes north of Grand Rapids.

“It kicks off our summer months,” Mancilla said. “We like our spot.”

The two pro-ams also will continue on Wednesday and Thursday of tournament week.

Being associated with the Symetra Tour also is a huge plus for Island Resort Casino. Mancilla said the tour’s website gets more than one million hits a day during the tournament. It’s a lot of free promotion for the complex, whose name is flashed at the top of the page.

Rain dampened this year’s tournament in Harris. Saturday’s late second round was suspended and Sunday’s final round was canceled due to weather and soggy course conditions after a rain-filled week.

Emma Talley was declared the winner after two rounds of play.

Mancilla said attendance was down about 20 percent due to the weather.

“We had good crowds on Friday and most of the way into Saturday,” he said. “Sunday was good until the cancelation. Most die-hard spectators like to watch the final groups go out. Our final groups weren’t able to go out.”

Mancilla said there will be some changes for next year’s event.

Mancilla added the Potowatomi Tribe’s newest golf course, Sage Run, is still planning a soft opening for the front nine in mid-September. Sage Run is located eight miles southwest of Island Resort and has an official target opening of June 14, 2018.