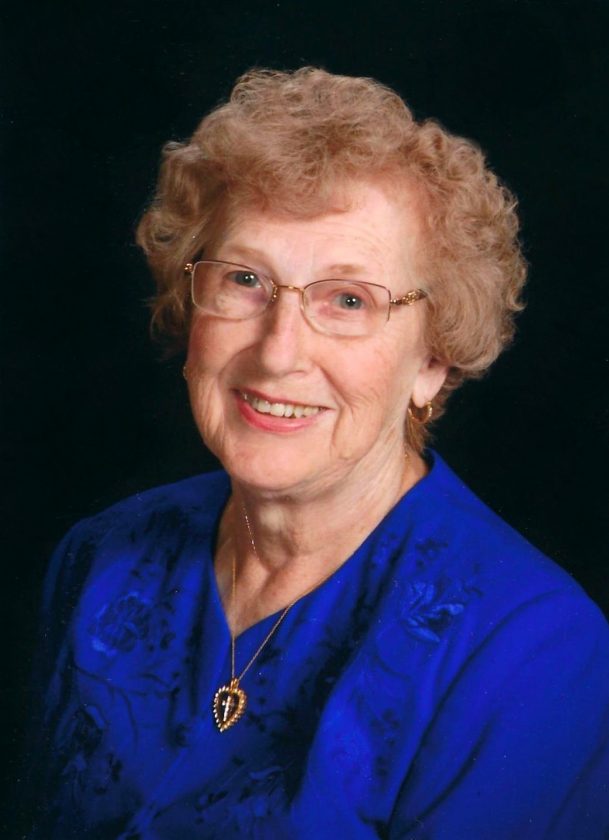 ESCANABA — Eleanor M. (Steer) Kamin, 87, of Escanaba (Riverland area), passed away Monday afternoon, July 27, 2020, at Christian Park Healthcare Center in Escanaba where she was recovering from hip surgery. She was born on April 25, 1933, in Pound, Wis., the daughter of Albert and Anna (Hannemann) Steer. On April 19, 1952, Eleanor Steer and Lester Kamin were united in marriage in Pound, Wis. She was a long-time member of Salem Evangelical Lutheran Church in Escanaba. Eleanor was employed by Delta Floral in Escanaba for 17 years. She loved working in her flower gardens, doing flower arrangements for her church, and decorating for Christmas. Eleanor was part of the Senior Bowling League, enjoyed watching the Green Bay Packers, and attending her grandchildren’s sporting events.

In addition to her parents, Eleanor was preceded in death by six brothers, Everett, Loren, Myron, Albert Jr., Milton, and Clarence; and four sisters, Gladys, Linda, Agnes, and Laura.

Visitation will be held from 3 to 5 p.m. Thursday, July 30, at Salem Evangelical Lutheran Church, 615 South 30th St, Escanaba. Funeral services celebrating the life of Eleanor will follow at 5 p.m. Thursday with Rev. Mark Hannemann officiating. Burial will take place in Gardens of Rest Cemetery. The Anderson Funeral Homes are assisting the Kamin family and online condolences can be sent at www.andersonfuneralhomes.net.