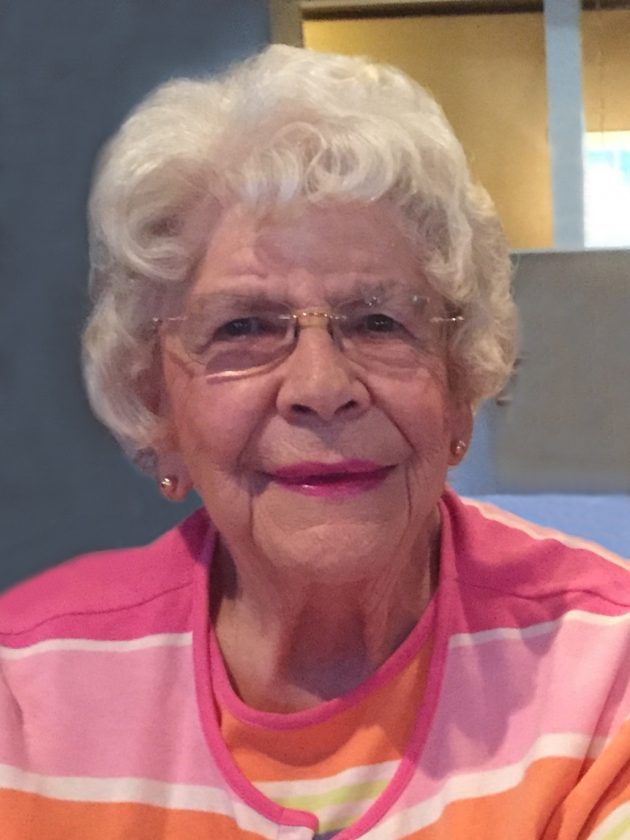 ESCANABA — Mary Lorraine Green, 94, of Escanaba, passed away early Wednesday morning, April 15, 2020, at Bishop Noa Home in Escanaba. She was born on Jan. 7, 1926, in Escanaba, the daughter of William and Margaret (McNellis) Willis. Mary was raised and attended school in Gladstone and was a 1944 graduate of Gladstone High School. Following graduation, she furthered her education and received her degree from Marquette University in Milwaukee, Wis. The former Mary Lorraine Willis married Wendell R. Green on July 13, 1957, at All Saints Catholic Church in Gladstone and he preceded her in death on March 6, 1987. Together, the couple shared nearly 30 years of marriage. Mary was employed as a secretary for the Escanaba Area Public School System from 1950 until her retirement in 1980. She was strong in her faith as a member of St. Joseph and St. Patrick Catholic Church in Escanaba. Mary was also a member of the Escanaba General Federation of Women’s Club (GFWC), the Terrace Bluff Golf and Country Club, the Retired School Personal Club, and a longtime member of the Birthday Club of eight childhood friends who often would get together to celebrate. She greatly enjoyed traveling to various places, golfing, and getting together with friends and relatives.

In addition to her parents and husband, she was preceded in death by her son, Joseph Wendell Green on February 17, 1960.

Mass of Christian Burial will be held at 11 a.m., Thursday, May 21, at St. Joseph and St. Patrick Catholic Church in Escanaba with Father Tim Ferguson officiating. Burial will follow the funeral services in Gardens of Rest Cemetery in Wells, MI. The Anderson Funeral Homes are assisting the Green family and online condolences can be sent at www.andersonfuneralhomes.net.