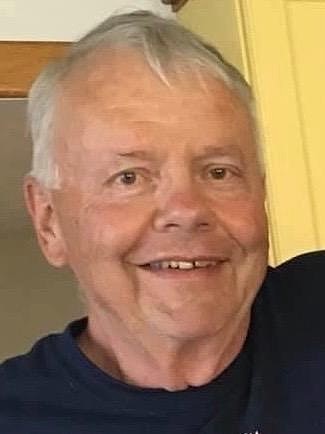 GLADSTONE — Robert “Rob” W. Salmi, 74, of Gladstone, passed away unexpectedly at home Friday evening, March 27, 2020, with his dog Prince by his side. He was born on May 12, 1945, in Detroit, Mich., the son of Waino and Ida (Renfors) Salmi. As a young boy, his family moved back to Rock, Mich. Rob worshiped at Faith Lutheran Church in Rock and spent many summers at Little Lake Bible Camp. He also belonged to the Boy Scouts, and in 1961 became a ham radio operator with a call sign WA8ASJ. Rob graduated from Rock High School with the Class of 1963. Academically, Rob said he graduated “20th in his class.” However, never explaining there were only 21 students in his class. During his high school years, Rob enjoyed participating in football, basketball, and track with the Rock Little Giants, where he made many friends. Rob graduated from the Professional Business Institute in Minneapolis, Minn., and worked as a medical technologist for over 40 years in Saginaw, Mich., Bad Axe, Mich., and at OSF St. Francis Hospital in Escanaba. On Dec. 20, 1975, he married Constance Nelson at First Lutheran Church in Gladstone. Together, the couple shared 44 years of marriage. Rob was proud of his Finnish heritage — he especially enjoyed taking saunas. His expression was always, “I may have had a better sauna, but I can’t remember when.” Fishing trips and Camp Yahoo were also greatly enjoyed. He was a member of First Lutheran Church in Gladstone active in the men’s bible study group, the choir, and the church singing group Shades of Gray. He was a member of Wildlife Unlimited, U.P. Whitetails, and Ducks Unlimited groups. He also bowled with the local nonprofit bowling league, part of The Trolls team. Rob was a caring, gentle, and kind man. So loved by his friends, brother, grandchildren, children, and wife. Rest in God’s hands.

In addition to his parents, Robert was preceded in death by his mother and father-in-law, Hjalmar and Edna Nelson; sister, Sylvia Aho; and brothers-in-law, Toivo Aho, and Mark Nelson.