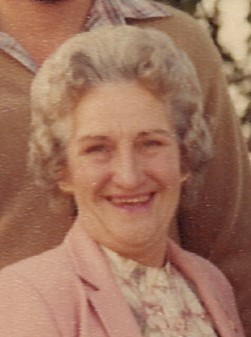 ESCANABA — Doris E. Thiry, 96, of Escanaba, passed away surrounded by her family, early Tuesday morning, Nov. 26, 2019 at Christian Park Health Care Center, where she has resided for ten years.

She was born on Jan. 13, 1923 in Marquette, daughter of Clyde and Elizabeth (Miller) Fletcher. Doris was raised in Marquette and graduated from Graveraet High School.

On May 25, 1946 the former Doris Fletcher married Nicolas Thiry at St. Paul Episcopal Church in Marquette. Nick preceded her in death on Dec.15, 1995.

Doris moved to Escanaba following her marriage to Nicolas. They raised six children together and she was a devoted homemaker and mother.

She was a terrific seamstress and loved to knit. Her finished crafts would often be found on display at the fair. Doris enjoyed golfing and was involved with pinochle club for more than 50 years and several bridge clubs for many years.

Doris was a member of the Escanaba Country club and St. Stephen’s Episcopal Church where she was involved in the choir and Vestry.

In addition to her parents and husband, Nicolas, she was preceded in death by six brothers and their wives, Ed (Kay) Fletcher, Clyde (Dorothy) Fletcher, Al (Jean) Fletcher, Jack Fletcher, Bobby (Anna) Fletcher and Donald (Sue) Fletcher and her sister-in-law and brother-in-law Barb and Louis Berthiaume.

Burial will take place in Holy Cross Cemetery in the spring.

Expressions of sympathy may be directed to the family or to the charity of your choice. A memorial will be established at a later date.

The family would like to extend a special thank you to Christian Park Health Care Center for all the love and care they provided to Doris.