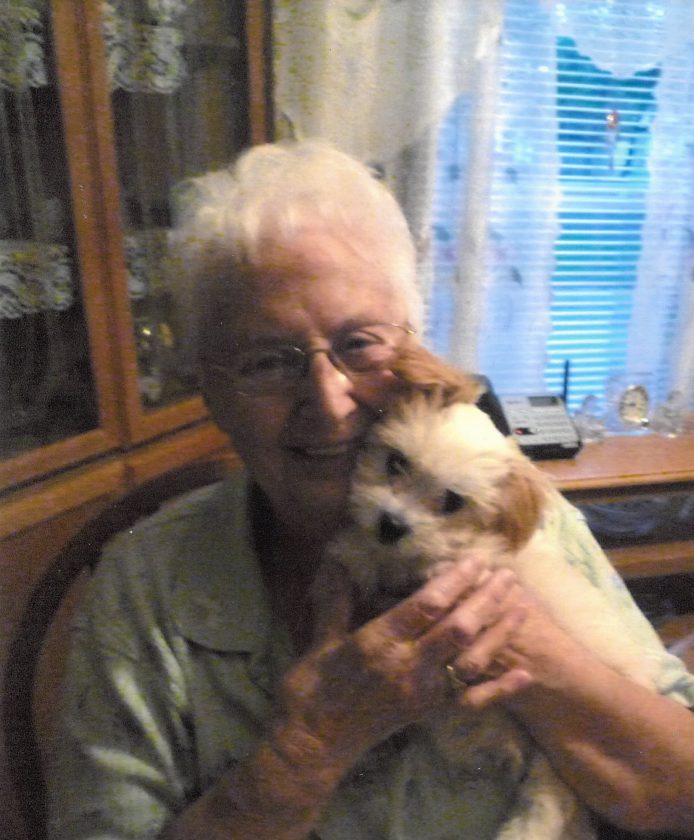 June was born May 15, 1930, in Steuben, Mich., the daughter of William and Margaret (Terrian) Gray. Her family moved to Manistique in the early 40s and June graduated from Manistique High School in 1948. She married Ernie Anderson in 1952 and together they made their home in Escanaba. Ernie preceded her in death in March of 1978.

Throughout her working years, June was employed in retail. She worked for Shopko for 23 years, finally retiring in 1992. In 2001, June started with the Foster Grandparent Program and became a Reading Buddy. She worked in Mrs. Walker’s Kindergarten room at Cameron Elementary School in Gladstone for many years. As a Foster Grandparent, the children became an important part of June’s life. The children would often call June “Grandma,” a term of endearment that melted her heart.

June was a member of the St. Thomas Catholic Church in Escanaba, Escanaba Eagles Club and the VFW Auxiliary. In the 1970s, she joined Players de Noc and performed in several plays.

June is survived by her nieces, nephews and cousins. A special thank you to June’s nephew, Lloyd Davis, and niece, Eileen Grew, who did so much for her. She is further survived by her dog, “Precious.”

June’s family will receive friends on Thursday from 3 to 5 p.m. at the Skradski Funeral Home in Gladstone. Funeral services will follow visiting hours, at 5 p.m. at the Skradski Funeral Home in Gladstone with Rev. Fr. Jamie Ziminski officiating. June will be laid to rest next to her husband Ernie in the Gardens of Rest Cemetery in Wells. In lieu of flowers, memorial contributions may be directed to the Foster Grandparent Program. The Skradski Family Funeral Homes of Delta County are assisting with arrangements. Please visit www.skradskifuneralhomes.com where you can express your sympathy to the Anderson family.