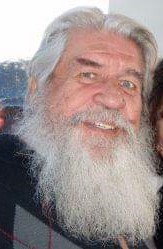 He was born on May 21, 1940, in Escanaba, son of Joseph and Ellen (Lancour) Patrick. Allan attended Bark River School through the eighth grade and then Holy Name Catholic School.

In the 1960s Allan moved from Escanaba to Milwaukee where he was employed with Spray Insulation.

At the age of 55, he was forced to retire because of health issues and returned to Escanaba.

Allan loved woodworking and making knickknacks, tinkering around in his garage, and in his younger years enjoyed working on his car. He was an avid fan of WWE (World Wrestling Entertainment).

He was a member of United Methodist Church in Bark River.

He was preceded in death by his parents; son, Allan Jr.; and brother, Willis LaPine.

Visitation will be on Monday, July 29, from 4 to 6 p.m. at the Crawford Funeral Home, 302 S., 13th St., Escanaba. The funeral service will follow at 6 p.m. with Pastor Christine Bergquist officiating.

A message of condolence may be directed to the Patrick family by visiting crawfordfuneralhomes.net.