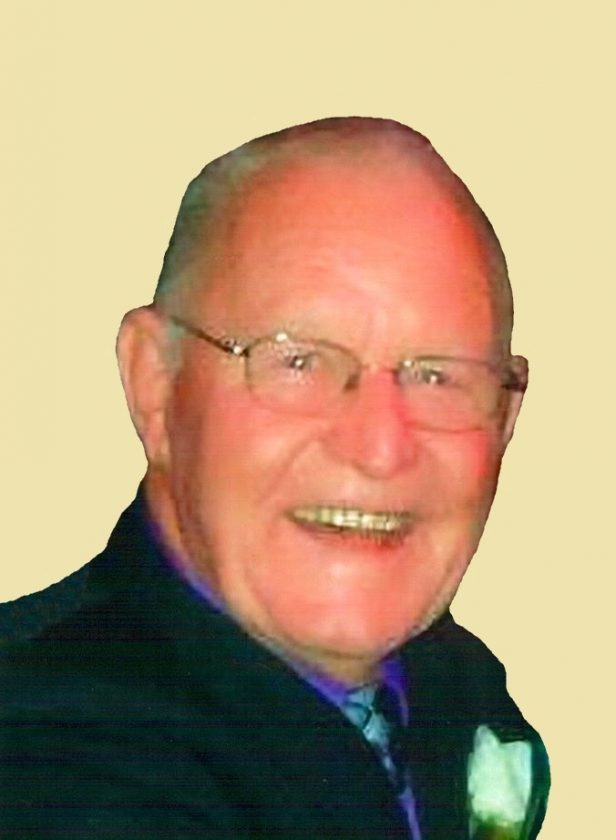 He was born on Oct. 29, 1932, in Gladstone, Mich., the son of the late John and Nadyne (Naylor) Schram. He attended the Gladstone Schools, graduating from Gladstone High School in 1950. Jim then entered the United States Army, serving in Korea. He had the privileged of participating in the Sept. 16, 2015 Honor Flight.

Jim married Barbara Semashko on Nov. 16, 1955, at All Saints Catholic Church of Gladstone, Mich. The couple celebrated their 63rd wedding anniversary in 2018.

He completed the Michigan State Police Academy in 1955 and was employed as a trooper/sergeant for 25 years. He served at the Grand Haven, Iron Mountain, and Iron River Posts. Jim was a member of St. Agnes Catholic Church in Iron River and the MSP Retired Troopers Association. Jim was inducted in the Gladstone High School Athletic Hall of Fame. He loved playing golf, spending time with his family, especially his grandchildren and great grandchildren, carpentry work, fishing, and was an avid Wykon Sports fan.

He was preceded in death by his sister and brother-in-law, Maxine and Harry Olive and sons-in-law, Chuck Erickson and Jeff Freeman.

Visitation will be held on Tuesday, May 28, from 10:30 a.m. to 12:30 p.m. at the Jacobs Funeral Home of Iron River. The Michigan State Police will provide an honor guard during the visitation.

Funeral services will follow at 1 p.m. at St. Agnes Catholic Church with Rev. Gregory Veneklase to offer the Mass of Christian Burial. The West Side Veterans will accord Military Rites after the church service.

Interment will be in Fernwood Cemetery in Gladstone, Mich.

Condolences may be expressed to the family of James L. Schram online at www.jacobsfuneralhomeir.com

Funeral arrangements by the Jacobs Funeral Home of Iron River.