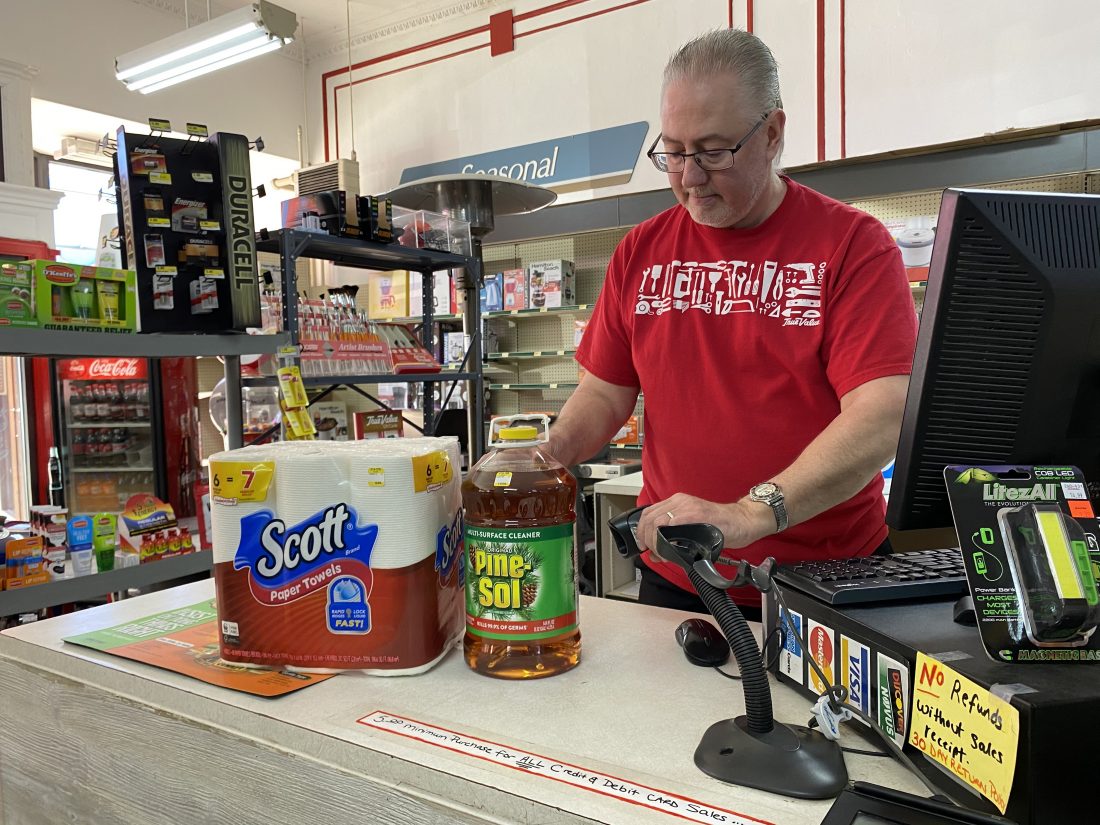 ESCANABA — In recent weeks, COVID-19 has impacted almost every business imaginable in one way or another — even those that have not shut down under Gov. Gretchen Whitmer’s “Stay Home, Stay Safe” executive order. Among these businesses is T&T True Value Hardware in Escanaba.

Owner Kelly O’Connell said his store has been able to remain open under the executive order, but the current situation has resulted in some changes at T&T.

“It’s definitely not business as usual, that’s for sure,” he said.

Foot traffic at T&T has been slower than normal for this time of year, O’Connell said. For customers who are continuing to shop in person, the store is being cleaned and disinfected multiple times per day.

Meanwhile, O’Connell said T&T’s curbside pick-up service — which allows customers to call in orders ahead of time and have them brought out to their vehicle — has been growing in popularity.

“That seems to be picking up a little more every day,” he said.

T&T’s hours have also been adjusted. The store is now open from 9 a.m. to 4 p.m., Monday through Saturday.

Like many stores in the area, T&T has had issues getting supplies of disinfectant spray/wipes and hand sanitizer. Because a paint factory owned by True Value is making some changes of its own, the store’s supply of hand sanitizer may increase later this month.

He noted the production of hand sanitizer at the factory has been approved by the FDA.

Before it is sold at True Value stores, O’Connell said hand sanitizer made at the factory will be distributed to medical facilities.

“They’re going to be donating that to a lot of hospitals nationwide before we have access to it,” he said.

Though he did not know an exact date when True Value’s hand sanitizer will be on shelves locally, he said T&T hopes to have stock available in three or four weeks.

O’Connell thanked area residents for continuing to shop at T&T.

“We’re open to serve our community, and we sure appreciate the community supporting small businesses,” he said.