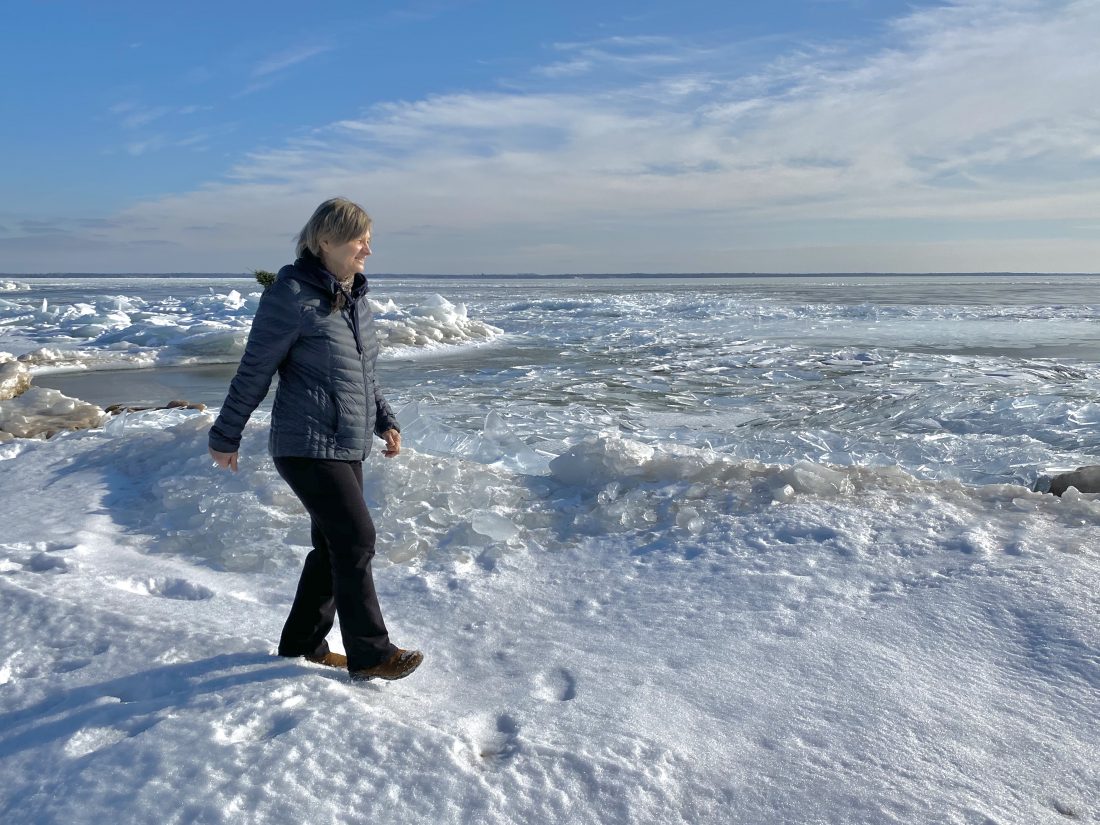 ESCANABA — January and February are typically some of the coldest and snowiest months of the year, but that doesn’t mean there isn’t anything to do locally. With this in mind, area residents shared their strategies for beating cabin fever.

Escanaba resident Chuck Makosky said he likes to visit the Escanaba Public Library during the winter months. One of the publications he reads during his visits is the Daily Press.

“I also check out the monthly astronomy magazine,” he said.

Makosky borrows DVDs from the library, as well.

Around Thanksgiving, Makosky took a trip to Appleton, Wis., where he lived for 20 years. He said his trip was enjoyable.

Along with catching up with old friends, Makosky did some shopping during his visit.

“They have a beautiful mall there,” he said.

Recently, he also participated in an invitational ping-pong tournament in Menominee. The tournament has been put on by the Hofer family each year for about three decades.

“I like to play basketball in the gym,” she said.

Starnes has also been doing some activities with her family over the winter months.

“My parents and I, we go down to the park and we go sledding,” she said.

In addition to this, her family went to the theater recently.

“We went and saw a couple movies,” Starnes said.

Steve and Carol Pellegrini of Escanaba have been keeping cabin fever at bay by walking at the Hannahville Ice and Turf Complex in Wells.

“(We’ve) been trying to get out and walk in here as much as we can,” Carol said.

They have also been snowshoeing on trails in the area.

Steve said getting active is a good way for people to improve their mental state at this time of year.

Additionally, the Pellegrinis enjoy traveling during the winter months. Carol said she and Steve are planning to visit Munising later this winter.

“We like to do the waterfalls — that’s a big deal with us,” she said.

Another person in the area who enjoys exercising as a method of dealing with cabin fever is Escanaba resident Jo-Ann Clark. Clark recently went for a walk on the beach on Aronson Island, which she said was her first outdoor walk in a while.

“It feels good to be out — to be liberated,” she said.

Clark also takes walks on the beach at other times of the year.

“I come here a lot in the warmer months of the year and the fall,” she said.

Along with walking, Clark goes to the gym during the winter.

“That kind of keeps my head clear,” she said.

Clark said another highlight of her winter weeks is helping third-graders at Lemmer Elementary School on Tuesday and Wednesday afternoons.

WASHINGTON (AP) — The United States added 1.8 million jobs in July, a pullback from the gains of May and June and ...

MANISTIQUE — The 93rd District Court, which serves Schoolcraft County, has made its court proceedings available ...

One person killed in multi-vehicle crash

MARQUETTE — One person was killed in a multi-vehicle crash Thursday in Marquette Township, according to the ...

ESCANABA — As the debate about whether or not to allow marijuana establishments in the city rages on, the ...

Woman dies after near drowning at U.P. beach

MARQUETTE TWP. — A Kentucky woman who nearly drowned Thursday while snorkeling in Marquette Township has ...