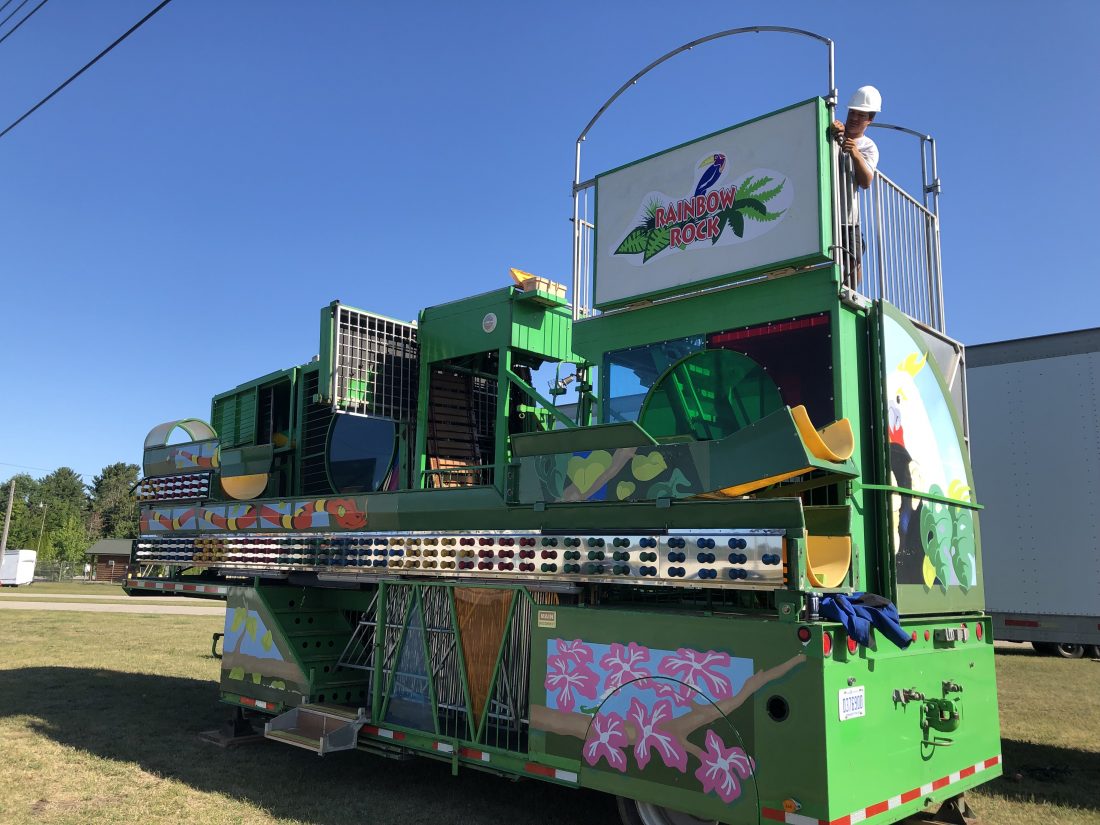 ESCANABA — A late-summer tradition will return to the area next week. The Upper Peninsula State Fair will begin Monday, Aug. 12 and continue through Sunday, Aug. 18.

According to Executive Director of the Delta County Chamber of Commerce Vickie Micheau, 2019 is a milestone year for the fair. She said the operation of the event transitioned to the U.P. State Fair Authority that year.

The State of Michigan announced its funding for the U.P. State Fair and Michigan State Fair would end after September 2009.

“People from across the Upper Peninsula did not want to lose this huge asset and tradition and (banded) together to come up with a solution to maintain the fair and have more local control. Through that process, the U.P. State Fair Authority was formed and has been very successful at maintaining and growing the fair for the past decade,” Micheau said.

Micheau said attendance for the U.P. State Fair has gone up each year, and she hopes 2019 will once again be a record-setting year for the event. However, she also noted one key element in determining final attendance numbers at the fair is out of her control.

“Weather is a huge factor in the final attendance numbers because most of the fair attractions and activities are outdoors,” she said.

Despite this, she said fairgoers can still enjoy the fair’s barns and other indoor activities if it rains.

This year, a ribbon-cutting ceremony for a new multi-use complex on the U.P. State Fairgrounds will take place at 3 p.m Monday. Micheau noted the completion of the building is not the only improvement that has been made to the fairgrounds for 2019.

“Significant improvements have been made to the camping areas within the fairgrounds. Campsites have been added and are larger as mandated by the Department of Environmental Quality,” she said.

Additionally, Micheau said a company will be present at the U.P. State Fairgrounds to handle pre-event cleanup and waste management during the fair.

“Before the crowds arrive, their mission is to bring the facilities into pristine condition and keep them that way during fair week,” she said.

Golf cart shuttle services will also be available during the fair this year. These carts will take fairgoers from the gate at 9th Avenue North to the midway and livestock barns.

Shows will also be offered at the fair’s grandstand each night of the fair. Carly Pearce will perform at the grandstand on Monday, followed by 906 Got Talent on Tuesday, Forgotten Highway on Wednesday, Peacemaker on Thursday, Theory of a Deadman on Friday, Billy Ray Cyrus on Saturday and UPIR Racing and fireworks on Sunday.

“The reaction has been very positive to the lineup this year,” Micheau said.

So far, Gold Circle tickets have sold out for Theory of a Deadman and Billy Ray Cyrus. General seating for grandstand entertainment is free with paid admission to the fair.

Other events at the fair will include the crowning of the U.P. State Fair Queen and her court Monday; remarks from Michigan Attorney General Dana Nessel on Senior Citizens Day Tuesday; the annual Veteran of the Year award ceremony, a luncheon with Gov. Gretchen Whitmer and the Native American Celebration on Thursday; Ladies Day on Friday; an antique car show and the Junior Market Livestock Auction on Saturday; and Scout Day and family entertainment on Sunday.

Micheau said attending the fair will be an ideal way for people to enjoy one of the last weeks of the season.

For more information about the event, visit www.upstatefair.net.

Police give data on stalking, harassment

Protection available for victims of stalking

ESCANABA — Stalking can happen to anyone from anyone — a former partner, an acquaintance or a complete ...

ESCANABA — The Escanaba City Council tabled a resolution Thursday that would have prohibited new hotels from ...