LANSING — The Michigan Wing of Civil Air Patrol, acting as the official U.S. Air Force auxiliary, has answered the call to help transport COVID-19 test kits and related supplies from Lansing to locations in the state’s Upper Peninsula.

The State Emergency Operations Center asked Civil Air Patrol to facilitate COVID-19 testing in remote areas of Michigan faster than traditional ground transport would allow. Aircrews from the Michigan Wing flew the kits and supplies to and from Lansing, and state troopers continued the support with ground transport to specific locations.

Upon landing, the aircrews performed an exchange with the troopers, awaiting their arrival at the airports.

The troopers received fresh test kits and supplies for distribution in the region, and the aircrews received test kits to fly to labs in Lansing for processing.

“It’s an honor to be able to help with the nationwide effort to control the spread of the virus,” said Maj.

Chris Ballard is a CAP aircrew member who participated in the mission. “Providing testing kits to more remote areas of the state is extremely important, and we are able to efficiently supplement the tremendous efforts of the Michigan State Police by using CAP airplanes and aircrew.” Ballard belongs to the Maj. Kevin A. Adams Memorial Composite Squadron, based in Ann Arbor.

Lt. Col. Chris Felton, a pilot on one mission, added, “It is always such a pleasure to fly for Civil Air Patrol.

Upon mission completion, aircrews from The Civil Air Patrol flew seven days between May 6 and May 15 delivering over 2,400 test kits to and from the Upper Peninsula and Lansing. 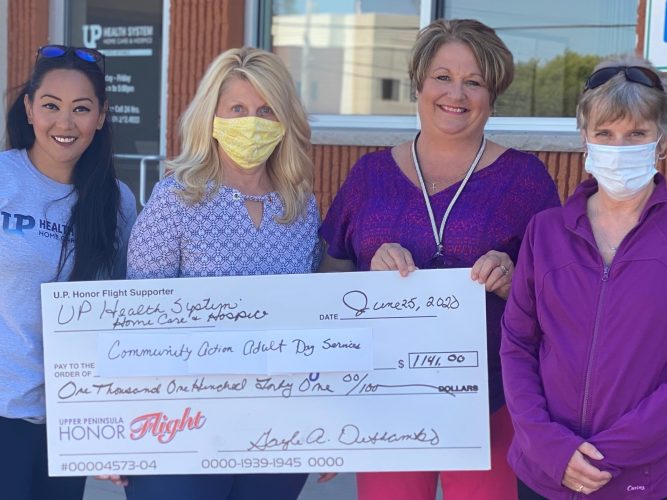