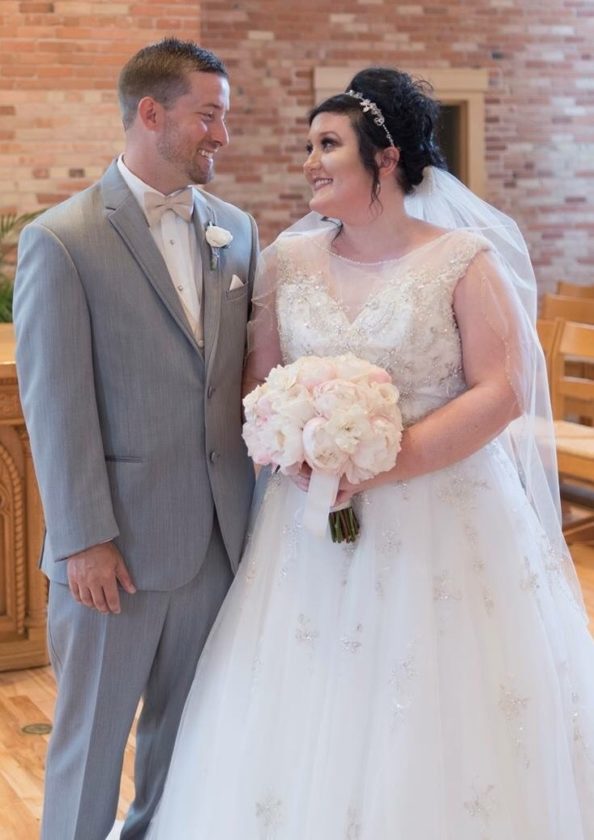 DE PERE, Wis — Jerry and Kay Shapy of Escanaba are pleased to announce the marriage of their daughter, Leslie Mary Shapy, to Jacob Andrew Coleman, son of Glen and JoAnn Coleman of Green Bay, Wis. Leslie and Jacob were joined in marriage on July 1, 2017 at 1 p.m. at Old St. Joe’s Church at St. Norbert College in De Pere, Wis. presided by Father Brad VandenBranden.

Leslie graduated from Escanaba High School in 2009. In 2013, Leslie received her Bachelor of Arts degree in English and Creative Writing with a minor in Communications and Media studies from St. Norbert College. In 2016, Leslie earned her Master of Arts degree in Rhetoric, Composition, and Professional Communication from Iowa State University, where she was also employed as an English Instructor and published her thesis. Currently, Leslie is employed by Girl Scouts of the Northwestern Great Lakes as the Fund Development Manager for the Fox Cities and Oshkosh Regions.

Jacob chose Joel Hunt, his close friend, as his Best Man. His groomsmen, friends from childhood, were Tim Kroll of Little Chute, Wis., Jordan Knueppel of Seymour, Wis., and his brother, Zach Coleman of Madison, Wis. The ushers were Darren Phillips of Denmark, Wis., and Jason Sirriani of Green Bay, Wis.

Following the ceremony, the couple and their families entertained guests at a reception at the Tundra Lodge Resort in Green Bay, Wis.

After a honeymoon to New Orleans, LA., the couple currently resides in De Pere, Wis., with their beloved mustached kitten, Charli, and guinea pigs, Lottie and Annabelle.