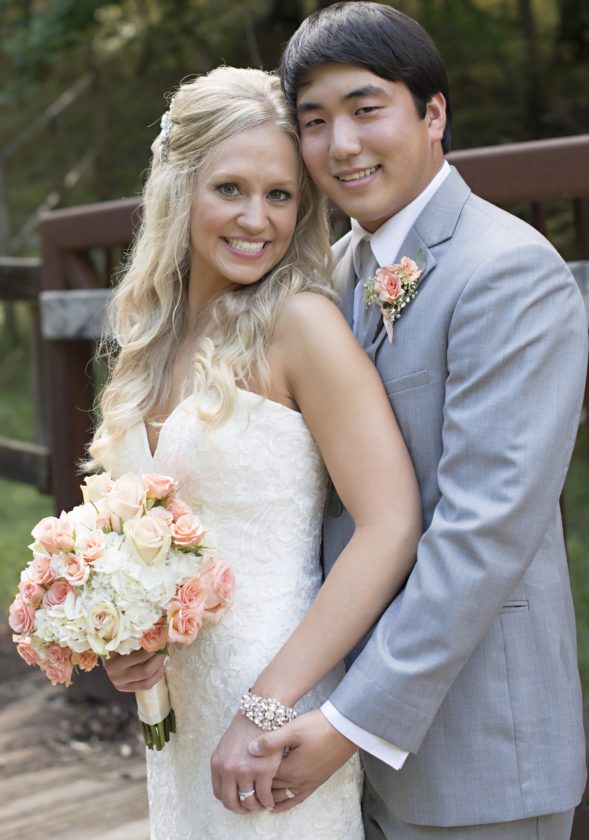 GLADSTONE — Kaitlin Nyberg and Christopher Bonczyk were united in marriage during a 1:30 p.m. ceremony officiated by Pastor Nathan Langager at United Evangelical Covenant Church in Gladstone on Sept. 17.

Jerod Wolak, friend of the groom, was the best man. Patrick Bonczyk, brother of the groom, David and Erik Nyberg, brothers of the bride, and James Nelson, brother-in-law of the groom, stood as groomsmen.

Hazel Nyberg, niece of the bride, and Blaise Young, nephew of the groom, served as the flower girl and ring bearer. They were assisted by junior attendants: Maizie, Nicklas, and Shaun Nelson, niece and nephews of the groom.

Kaitlin is the daughter of David and Patti Nyberg of Gladstone. Christopher is the son of David and Judi Bonczyk of Rapid River.

Kaitlin graduated from Gladstone High School in 2007 and earned her associate’s degree in nursing from Bay College in 2011. She currently works at OSF Medical Group as a Registered Nurse.

Christopher graduated from Escanaba Area High School in 2010 and received his bachelor’s degree in business administration from Lake Superior State University in 2016. He is currently employed at Michigan Works! in Escanaba.

The couple enjoyed a mini-moon in the Keweenaw area, and resides in Gladstone.