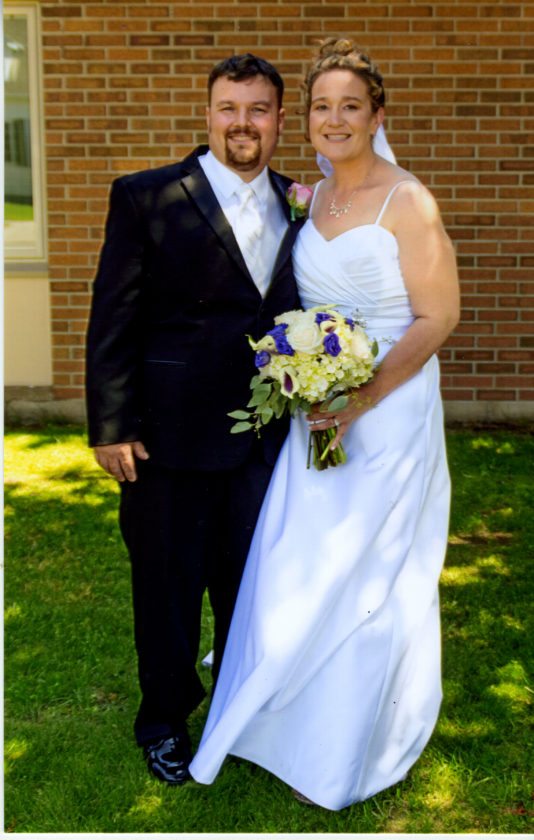 Stacey’s parents are Ron Johnson of Escanaba and the late Sherry Johnson, and Chad’s parents are Mike and Sharon Burie of Wallace.

Stacey graduated from Lake Superior State University in 2004. She is employed by Walgreens in Escanaba.

Chad graduated high school in 1998, He is employed at KSU in Menominee.

Following the ceremony, the couple and their families welcomed and entertained guests at a reception at the Bark River Senior Center.

The couple are planning a honeymoon to Las Vegas at a future date, and will reside in Menominee.