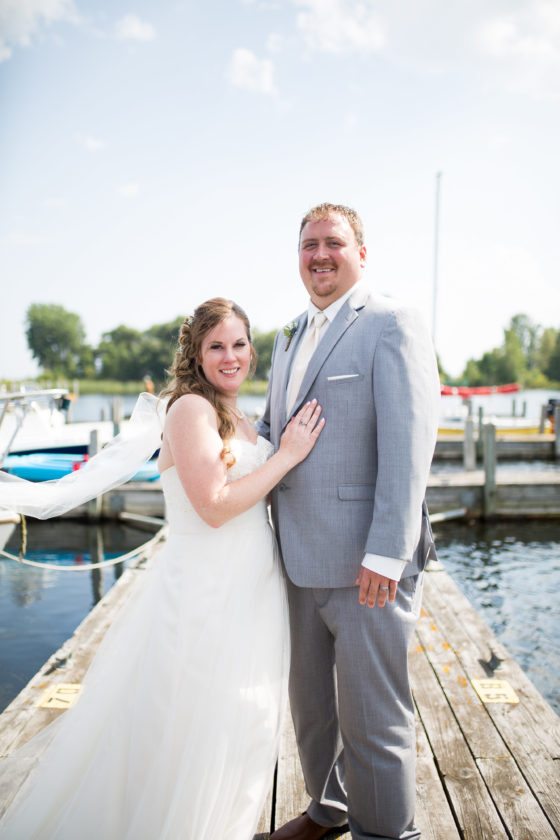 KALAMAZOO, Mich. — Kelly Derocher became the bride of Tim Sedlecky during a 2 p.m. ceremony at the Escanaba Municipal Dock on Aug. 19.

Kelly graduated from Escanaba High School in 2007. She is employed by the Dock at Bayview on Gull Lake in Richland, Mich.

Tim graduated from Western Michigan University in 2012. He is employed as a product engineer at Graphic Packaging International in Kalamazoo, Mich.

Kelly chose for her attendants maid of honor, Kristi Derocher, sister of the bride; and bridesmaids, Heather Wentworth, Patti Brayak, Steph Sedlecky, and Andrea Sedlecky. The flower girl was Rylee Sedlecky, daughter of the bride and groom.

Following the ceremony, the couple and their families welcomed and entertained guests at a reception at the Terrace Bay Inn.

After a honeymoon trip to Lake Gogebic and the Porcupine Mountains, the couple is at home in Kalamazoo, Mich.